Home
Events
One Day University is Coming to the Upper West Side! Click Inside for a Discount Code!

Longing for the days of being in college where boundless learning was just a classroom away? Well for those who still want limitless learning without the hefty pricetag of a degree, there is One Day University! One Day University was started by Upper West Sider Steven Schragis when he dropped his daughter off at Bard College at the start of her freshman year. Schragis noticed that a few professors provided brief lectures to the parents—essentially offering a taste of the education that awaited their kids. Schragis felt inspired to scratch that ‘I wish I could go back to college’ itch many adults experience and created One Day University! So he began reaching out to the most popular professors – the one’s students gave their highest ratings and best evaluations – at campuses across the country.

On June 26th, from 7:00 PM – 9:30 PM, One Day University will be presenting “Hamilton vs. Jefferson: The Rivalry that Shaped America” on the Upper West Side, and I am pleased to report that One Day University is offering readers of ILoveTheUpperWestSide.com an exclusive offer code—UWS—for $65 tickets to attend. When you register (see below), you will be prompted for a coupon code and can enter UWS there! That’s $30 off the regular ticket price of $95!

Hamilton vs. Jefferson: The Rivalry that Shaped America will focus on the dual trajectories of Alexander Hamilton and Thomas Jefferson. The event will focus on the ways in which their political parties and personal perspectives clashed and entwined, forming one of American history’s most interesting rivalries!

Distinguished Professor of American Studies and History at Rutgers University Louis Masur will delight the audience with the historical and entertaining tale of one of America’s most famous rivalries—Hamilton and Jefferson! Professor Masur received outstanding teaching awards from Rutgers, Trinity College, and the City College of New York, and won the Clive Prize for Excellence in Teaching from Harvard University.

Hamilton vs. Jefferson: The Rivalry that Shaped America presented by One Day University will be held at the Schafler Forum at Congregation Rodeph Shalom (7 West 83rd Street).

To purchase tickets, head to https://www.onedayu.com/events/detail/849 ! 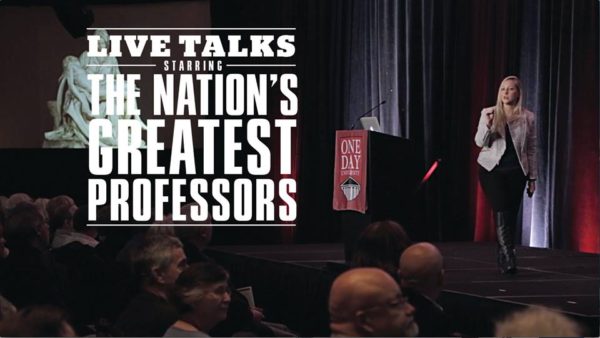