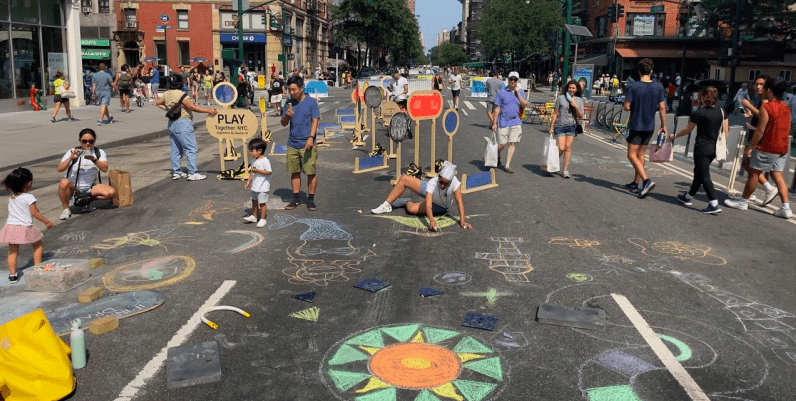 The Open Streets initiative will be returning to Columbus Avenue this spring.

Like last year, the stretch will run from 68th to 77th Street.

The plan is for this area to become pedestrianized every Sunday from May 15 to October 30, but with some changes based on community feedback and concerns from last year.

The first change will be shortened hours; this season, it will run from 11am-7pm, as opposed to the 10am-9pm schedule from last year.

Paynter also outlined several measures the BID is taking to increase safety and mitigate inconveniences experienced by drivers last year. DOT signage will be displayed — and a traffic guard will be onsite — to advise drivers about the Sunday street closures. There will also be better bus rerouting signage, Paynter said, as well as broader community notice about the weekend festivities.

Also, enhanced programming is expected in several forms. The BID has hired a part-time staff member to guide business owners on how they can better utilize the street space, and in how they can get involved in new and creative ways.

There will be acoustic music (no amps), architecture walks, drawing classes, and kids programming, among other attractions. And if local organizations want a table, there will be a form on columbusavenuebid.org which they can use to sign up. “We want this space to be used by the community,” said Paynter.

There were quite a few concerns from board members over safety issues — despite the additional measures presented by Paynter.

While the BID appears to have the green light for this year’s Open Streets program, more meetings are expected to take place between now and May 15 — and some tweaks may be made to alleviate concerns from area residents.