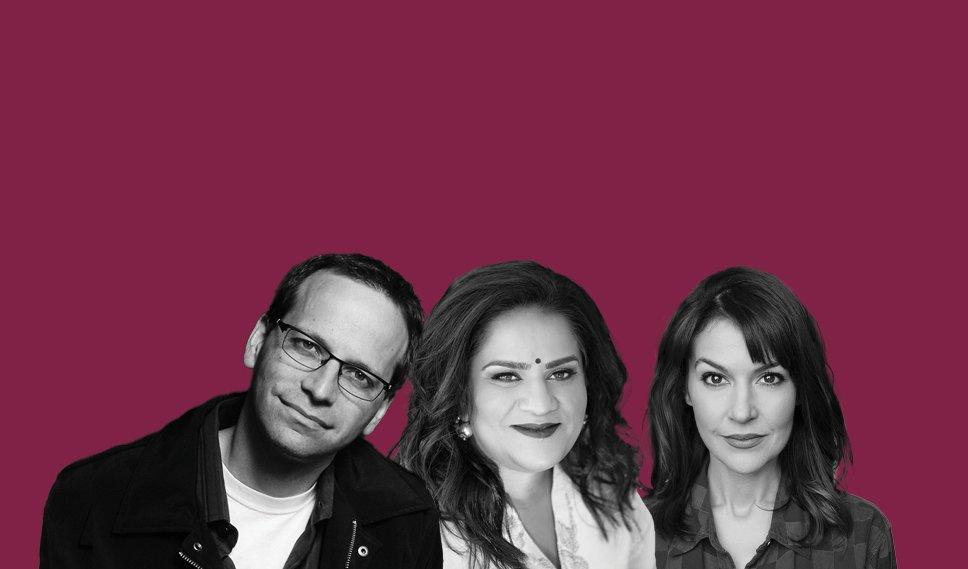 The JCC’s partnership with the West Side Comedy Club continues on December 21 with a very special holiday-themed night of comedy: the OY GEVALT Comedy Night: Holiday Edition. Too many sufganiyot? Winter vacation anxiety? Can’t remember how many candles we light tonight? Laugh, unwind, and forget about the craziness of the holiday season for an hour.

Previous editions of the Oy Gevalt Comedy Show have featured stand-up comedians with impressive resumes, and this evening is no exception. The headliner is Lenny Marcus, who has performed as a stand-up comedian at major comedy clubs in New York City for more than 20 years. He is the co-host the fckry podcast alongisde actress Leslie Jones. He’s also appeared on many late-night shows, including The Tonight Show Starring Jimmy Fallon and The Late Show With David Letterman. You can find Lenny’s Instagram here.

Zarna Garg, one in a billion, Indian immigrant mom stand-up comedian, will be appearing alongside Lenny. You may have seen her on TikTok or Instagram, and she also regularly performs onstage at Comedy Cellar and Carolines on Broadway. Zarna proudly performs clean family-friendly comedy while wearing her kurta and bindi on stage and draws you into her authentic Indian world full of ironies, merciless maternal advice, and fresh observations on American life.

The evening’s host will be Ashley Austin Morris, a comedian, playwright, stage, television, and film actress. Most recently, she appeared as Roxanne on Hulu’s Fleishman Is In Trouble and headlined a comedy tour. You can find Ashley’s Instagram here.

Reserve your seat today! Tickets are available here for just $10.