OZY Fest 2019 is starting in July. OZY Fest is an eclectic festival of music, food, comedy, and ideas designed to indulge your curiosity and inspire you. The festival is back on its fourth year at the Great Lawn in Central Park on Friday and Saturday, July 20th and 21st. Both days begin at noon.

Alex Rodriguez, former New York Yankee, and Carlos Watson, co-founder and CEO of OZY Fest, will be hosting this year. According to an interview on the Breakfast Club Radio Show, Rodriguez wanted to be more involved with the festival after Watson interviewed him in front of a crowd of thousands the year before. So, why New York City? According to Watson in the same interview, they wanted to put the best of music, sport, food, and politics at the capital of the world.

OZY Fest 2019 hopes to motivate the next generation of thinkers by engaging in thought-provoking conversation and edgy comedy as well as jamming along to musicians. Watson also said that when OZY Fest first started, there were 25,000 people in attendance, and this year promises 100,000 guests – and countless celebrities! 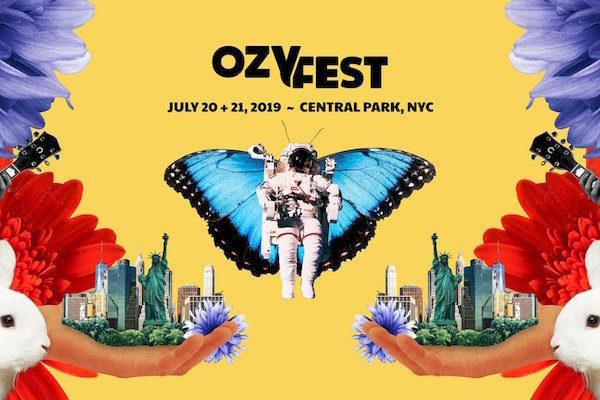 To find out when the concerts, comedy, and panels are, check out the schedule on the OZY Fest website.

With 50 million monthly unique users and five million subscribers, OZY brings readers “the new and the next,” offering original content with an eye toward the future via its digital, podcast and TV platforms, as well as events. Called “the new media magnet for the news hungry” by Fortune magazine, OZY’s in-depth and high-quality journalism has attracted a number of high-profile media partners, including The New York Times, NPR, PBS NewsHour, TED, The Financial Times, Huffington Post and many more. Guest editors have included Bill Gates, President Bill Clinton, Sen. John McCain, Condoleezza Rice, Kamala Harris and Prime Minister Tony Blair.

Join the Upper West Side newsletter for more upcoming events!