The parent company of  stationery store Papyrus – Schurman Retail Group – recently announced that all Papyrus stores would be closing. This includes three locations on the Upper West Side: 209 Columbus Avenue (between 69th and 70th Streets), 2157 Broadway (at 76th and Broadway), and their store at the Shops at Columbus Circle. We thank ‘Upper West Sider’ for the tip.

Liquidation sales are already underway at Papyrus locations throughout the country. 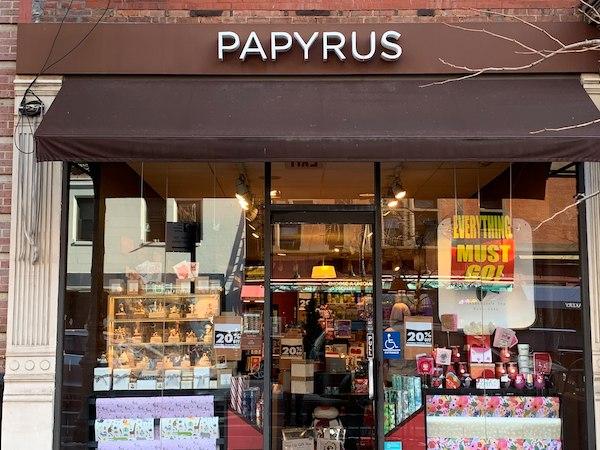 According to retaildive.com, the COO of Schurman Retail Group – Dominique Schurman – said the closing comes as a result of current challenges in the retail industry, stating that the company had spent months trying to revitalize the business before deciding to close it.

It appears as though they did attempt to increase revenues by launching a rewards program just last year, but unfortunately that didn’t seem to boost sales enough to keep their doors open.


The company was founded in 1950 in the family kitchen of Marcel and Margrit Schurman. According to the stationery company’s website, they’ve grown to over 260 stores.

Legends say that hummingbirds float free of time, carrying our hopes for love, joy and celebration. Hummingbirds open our eyes to the wonder of the world and inspire us to open our hearts to loved ones and friends. Like a hummingbird, we aspire to hover and to savor each moment as it passes, embrace all that life has to offer and to celebrate the joy of everyday. The hummingbird’s delicate grace reminds us that life is rich, beauty is everywhere, every personal connection has meaning and that laughter is life’s sweetest creation.

We do not yet know when the Papyrus stores on the UWS will close, but we will provide an update once we are informed.

The Cashmere Sale Returns to the Upper West Side