UPDATE (Jan. 4): The individual depicted below, 23-year-old Isaiah Benjamin of Harlem, has been arrested and charged with Attempted Rape, Sex Abuse, Forcible Touching and Public Lewdness. 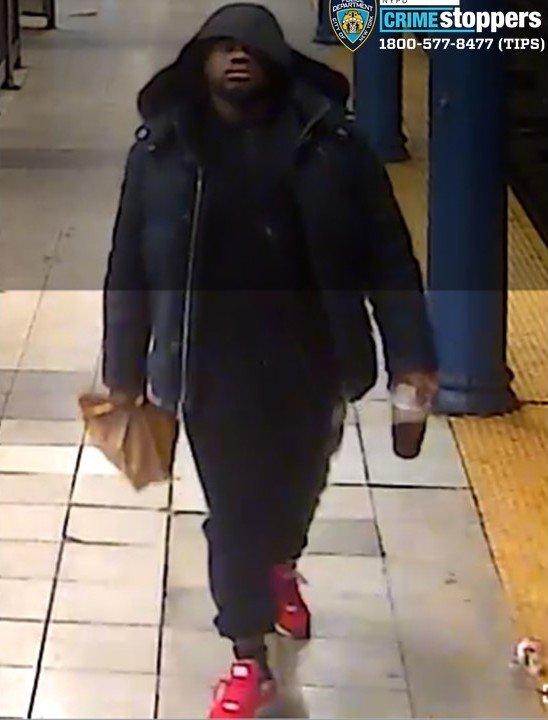 The suspect pictured above is wanted for an attempted rape on the New York City subway.

An 18-year-old female reported to the police that on Sunday, January 1 at around 10:57 p.m., an unknown man followed her onto a southbound 2 train at the 125th Street subway station.

According to the report, the man exposed himself and tried to pull the woman’s pants down while the train was approaching the 72nd Street station.

A Good Samaritan intervened and helped the woman escape to another train car.

The suspect stayed on the train and got off at Times Square, where he fled.

The woman went to the NYC Health & Hospitals/Kings County for treatment and evaluation.