The Upper West Side real estate market has long been dominated by co-ops, but there are plenty of prewar condos which offer a frequently sought-after combination of qualities: the flexibility of owning real property combined with the old world charm and details loved by so many. Here are some great buildings to bookmark for those seeking Upper West Side apartments in charming condos!

Located between West End and Broadway

The visual highlight of this Upper West Side condo is without a doubt its eye-popping lobby. Enter to find three levels, an Italian marble staircase, paneled walls and intricate moldings everywhere.

The outside looks great too: the facade is covered with stunningly carved sculptures and arched windows.

Located on the southwest corner of Columbus Avenue

Built in 1900, The Orleans was recently reconfigured to offer large half floor condos for sale (with four to five bedrooms each). The building has a gorgeous red brick facade, showcasing the massive apartment windows and outdoor spaces on the upper floors. The Orleans is without a doubt one of the most beautiful condos on the Upper West Side. 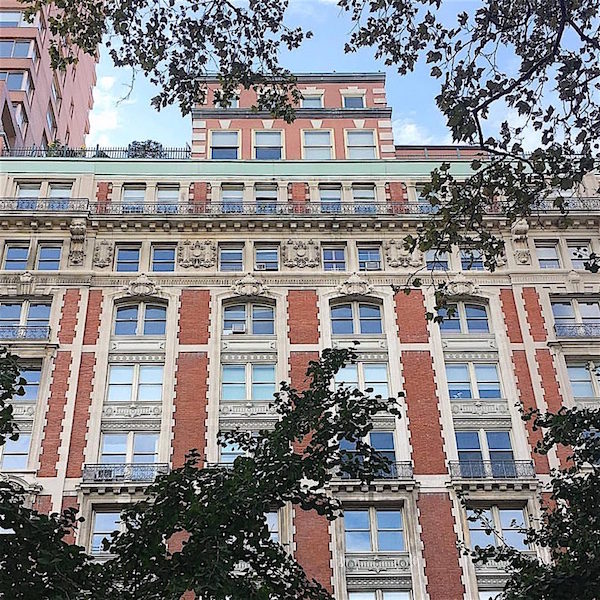 Located between Broadway and Columbus Ave

This building has a stunning glass exterior which is impossible to miss. It was originally constructed in 1927, and after quite an interesting history, it was converted to a condo in 1983.

The building has 84 units spread across 11 floors, ranging from 1 bedrooms to decadent 5 and 6 bedroom duplexes.

Located between 62nd and 63rd Streets

Towards the southern tip of Central Park West stands The Century, which was built in 1932 and holds a whopping 422 apartments! Most of them are 1, 2 and 3 bedrooms. 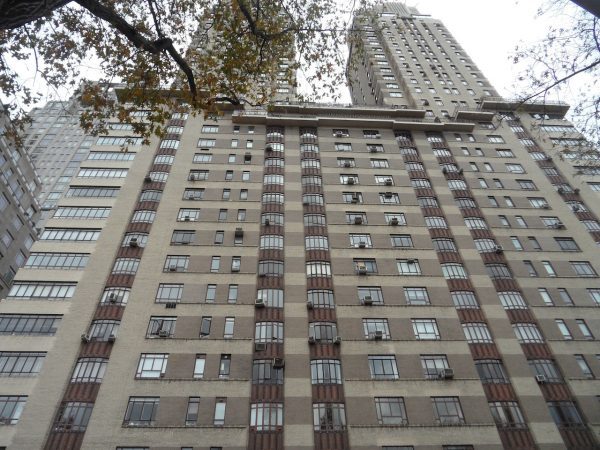 One of the most famous buildings in NYC. The Ansonia features a stunning lobby and winding staircase, both equally as beautiful as the eye-popping exterior. It also has quite an infamous history, and was originally constructed as a hotel. The building is huge, with 385 apartments.

Originally constructed as a warehouse in 1898, this UWS condo is one of the oldest. It was converted to a condominium in 2003 and currently houses 36 apartments across 12 floors. The loft-style apartments range in size from 1,600 to a bit over 6,000 square feet.

Located on 79th Street, spanning from West End to Broadway

One of the most historic and storied buildings on the Upper West Side, The Apthorp was originally built in 1908. The Italian Renaissance Revival building features include a private courtyard driveway, four separate lobbies, and a limestone facade with stately iron gates. The Apthorp has long been home to countless NYC celebs. 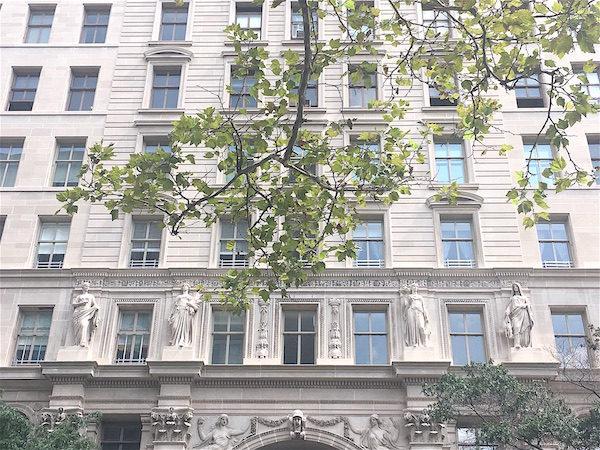 Originally built in 1928 as the Central Savings Bank, this unique low-rise condo holds twenty-seven apartments above the Apple Bank on the lobby level.

The most noticeable feature of this Italian Renaissance gem are the massive arched windows on the second floor.

You can also check the time and temperature while admiring one of the most exquisite prewar condos on the Upper West Side!

Located between Columbus and Amsterdam Avenues

This brownstone condo is located on one of the prettiest streets in NYC! It was built in 1900 and converted to a condo in the 1980s. It has a super smooth exterior with original moldings and a sweeping exterior staircase.