The “racist lawyer” has issued an apology about his recent outburst at a midtown restaurant, which later sparked a protest with tacos and a Mariachi band outside of his Upper West Side apartment building, which we first covered here.

Whether his apology was sincere or not, it’s still better that he made it. And hopefully our neighbor will change his ways of thinking (and acting) moving forward. 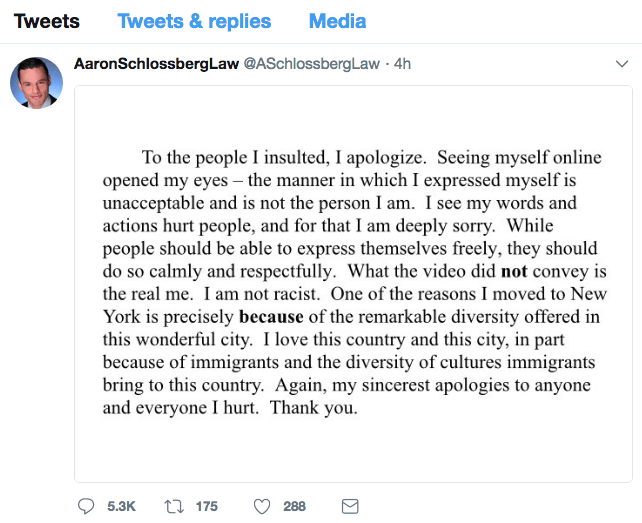