Radio Amsterdam has opened at 407 Amsterdam Avenue, the former home of Bourbon Street. I’ll be honest, it’s a lot cleaner and more pleasant. No more bras on the wall.

P. Moss owns Double Down in the East Village, which is known for it’s funky drinks like their pork-infused hangover cocktail.

And partner Rob Gelardi owns WXOU in the West Village.

The owners refer to Radio Amsterdam as an “adult drinking bar”, with a simple menu and no fancy gimmicks. 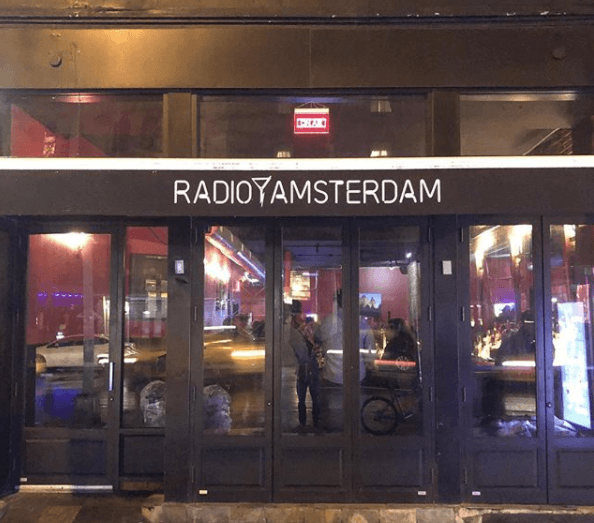 They have ten beers on draft, all going for $7. These include some of my favorite brews like Lagunitas IPA, Founders All Day IPA and Harpoon IPA (I like IPA’s).

But they don’t serve food. So maybe get yourself some wings from Blondie’s before hand.

Radio Amsterdam also has an old school jukebox and a TV (sports are shown on an as needed basis only).

Plus when we were there they played some cool 90s rock.

The interior is pretty sleek, with a black bar counter, dim lighting, and comfortable booth seating in the back. 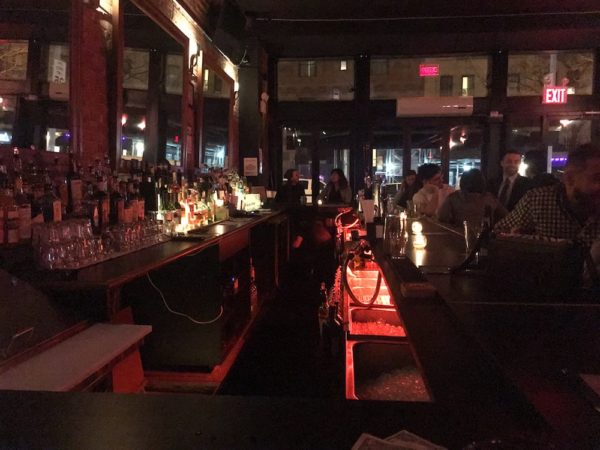 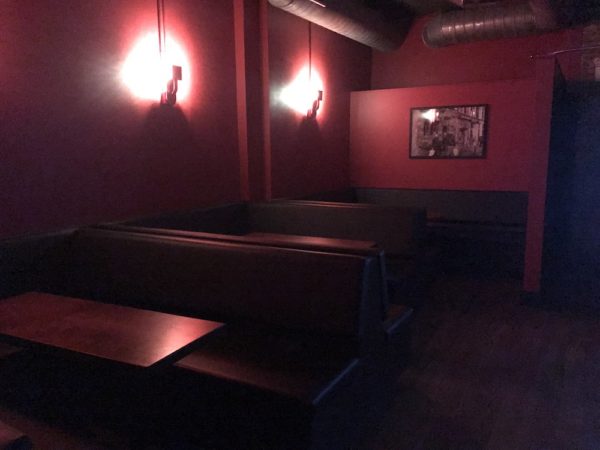 Another cool new UWS bar which is definitely worth checking out is Amelie Wine Bar, located at 566 Amsterdam Ave.