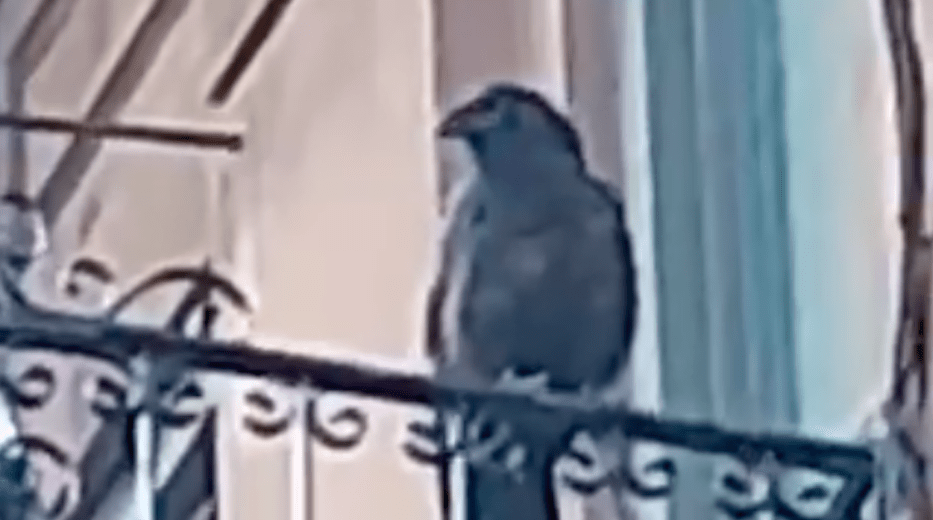 A Twitter user recently captured an unlikely bird perched on a fire escape above Flor de Mayo on Amsterdam Avenue between 83rd and 84th Streets.


As ravens can be confused with crows, we reached out to the Wild Bird Fund, located at 565 Columbus Avenue between 87th and 88th Streets, to clarify the bird’s identity. A staff member told us the bird in the video is a juvenile raven, and that they’ve actually received other recent reports about him. They’re carefully monitoring his activity.

When we asked about the likelihood of spotting a raven in NYC, a representative from the Wild Bird Fund said “They are not common, but [are] becoming more so all the time,” adding that “there are several pairs of ravens nesting throughout the city, including one pair near Riverside Park.”

It’s worth noting that this surprise sighting took place about a block-and-a-half from the site of a former farmhouse which Edgar Allan Poe lived in; it also may have been one of the locations where he wrote The Raven.

(The former site of this farmhouse is the current site of Eagle Court, an apartment building at 215 West 84th Street which will likely soon be converted into expensive condos).

Christian Cooper Will Not Cooperate in Case Against Amy Cooper