Currently occupied by Blo Dry Bar, the storefront at 287 Amsterdam Avenue, between 73rd and 74th Streets, was not too long ago home to an adult video, lingerie and toy store.

Amsterdam Video shut down in 2011, the no-longer-running DNAinfo announced at the time.

“Amsterdam Video’s hot pink neon sign and scantily clad mannequins didn’t quite fit in with the rest of the block,” the author noted, as did several area residents interviewed for the piece. 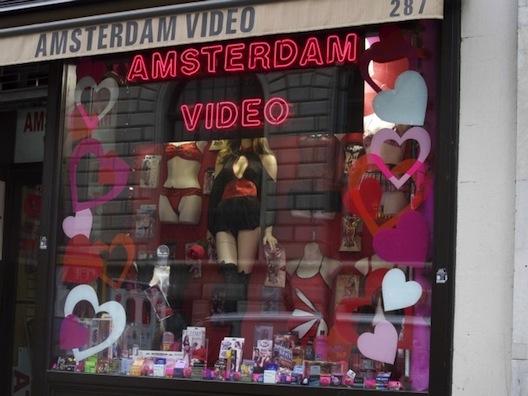 Amsterdam Video had a 20 year run, and upon closing, was “believed to be the last hardcore pornography shop on the Upper West Side.”

Which naturally leads us to wonder where the other ones were. And when they existed. Feel free to help us out in the comments section. You can use a fake name.

Be Kind, Rewind: The Days of Video Rental Shops on the Upper West Side