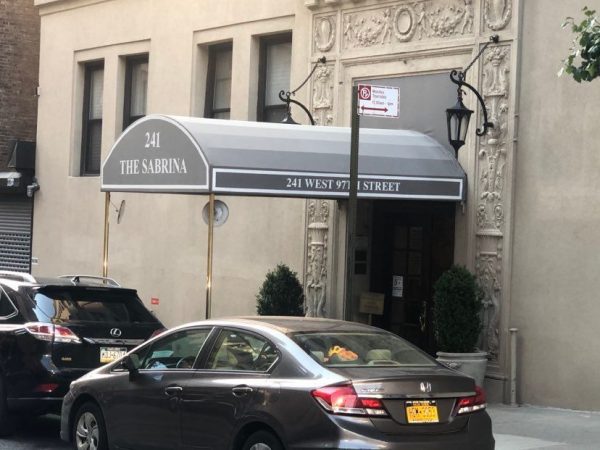 Eugene and Nina Sarver, elderly residents of The Sabrina at 241 West 97th Street, recently told the New York Post that Lawrence Lee, a real estate agent they rent a room to, hasn’t paid his rent and utilities since June 2021 — now owing them a total of $12,518, which they’ve had to cover.

Lee apparently scored a cherry of a deal from the Sarvers, who have a rent-subsidized, three-bedroom, two-bathroom apartment with an office space. Lee’s rent is $992 a month plus utilities and, instead of being grateful, he decides to be the “roommate from hell,” according to Eugene, 78, who has severe Parkinson’s disease and uses a wheelchair, and Nina, 74, who has dementia.

Lee’s behavior is allegedly so atrocious that the Sarvers have been forced to live in and out of a Bronx nursing home when they’re not going to the hospital from being overwhelmed by stress compounded by their existing conditions.

A licensed real estate agent, the Post says Lee has been gaming the system to stave off eviction. “Manhattan Housing Court filings show the Sarvers are seeking to get Lee evicted, but the process has been held up the past year because the alleged moocher has repeatedly applied for aid through the state’s Emergency Rental Assistance Program,” writes reporter Rich Calder.

Eugene said it became common for Lee to snoop around, listening in on his phone calls. In June 2021, Eugene reportedly filed a police report making claims that Lee violently jerked a cellphone out of his hand while interviewing “a potential tenant” to replace Lee. “He came into my office and grabbed the phone out of my hand very vigorously. My arm hurt for two weeks. And he said, ‘I will never move.’”

“He’s a horrible tenant and a pathological liar!” continued Eugene, who went on say that Lee’s “poor hygiene habits” have attracted all kinds of rodents and bugs into their home.

“During a visit to their apartment with the elderly couple Friday, a Post reporter spotted Lee moving a massive air conditioner into the space. When asked to comment, he dropped the air conditioner on the living room floor and ran for cover in his bedroom,” according to the publication. The Post reporter and photographer ended up moving the AC unit so Eugene could get through the living room in his wheelchair.

Since this story broke on Saturday, June 25, Lee has apparently been fired by his employer, real estate firm Douglas Elliman. A spokesperson from Elliman told The Post that they’re arranging to pay the Sarvers the money they are owed.

Lee hasn’t responded to our calls or emails.