A spokesperson for Stellar Management also told Commercial Observer that construction is almost complete, and that they’re making progress in finding retail tenants (including a fitness company, though specific names have not yet been dropped). The designers and developers had originally targeted a completion date of December of 2018.

Once complete, the base level of the apartment building will be fronted by 15,000 square feet of glass-enclosed retail spaces, in addition to a children’s playground and a landscaped roof deck which residents will be able to access.

As the project had replaced the former public plaza outside the building, the developers are hoping the roof deck and playground will make up for that loss.

News of 70 West 93rd Street’s retail project was first reported in 2015 by the now shuttered DNAinfo.com. According to the 2015 article, the developer insisted that the new tenants would not be big-box stores. That was a while ago, though.

The architect behind the project is Beyer Blinder Belle. Some of their other projects have included PUBLIC Hotel on the Lower East Side, the 21 Club on West 52nd Street, and the revitalization of Grand Central Terminal.

Here are some renderings of the future 70 West 93rd Street – all courtesy of Beyer Blinder Belle. 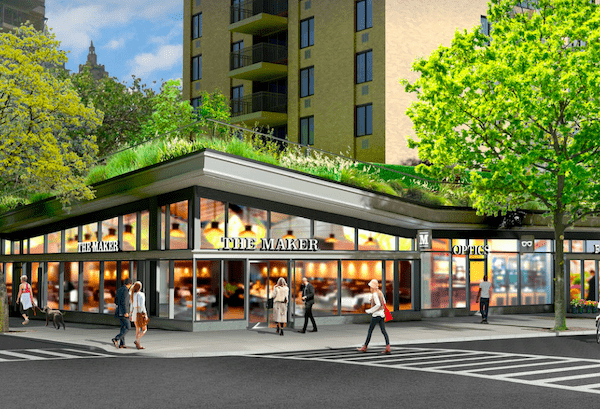 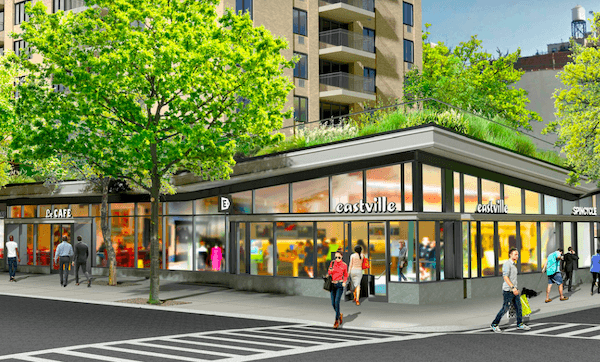 And here’s the official profile of the upcoming project.

Buying an Apartment in NYC? Here’s How to Get a Deal Right Now