There’s a huge Riverside Park construction project in the works. Riverside Park, the gem of the UWS, is home to lush gardens, piers, restaurants, and monuments. It’s where CNN host Fareed Zakaria spends his free time, and where goats roam freely. Unfortunately, however, in recent times it’s needed a bit of TLC.

The Riverside Park Conservancy has big plans in store for sprucing up the park. This includes restoring and renovating various areas as well as installing plantings to both improve the landscape and prevent erosion. Many of the construction plans involve restoration from the damaging effects caused by Hurricane Sandy.

A project that many West Siders will directly see the effects of is the Riverside path reconstruction. This project will include paving and landscape improvements. 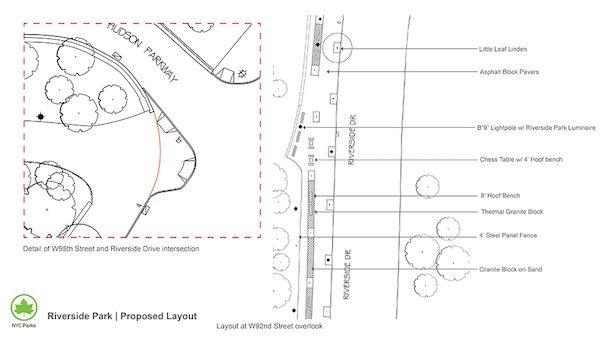 Further up, at Riverside Drive between West 122nd and West 125th Streets, the project will reconstruct the existing perimeter sidewalk, including asphalt pavement and new bluestone curb, benches and fencing.

Upper West Siders may have already noticed ongoing construction at Riverside Park South; the parks department is hard at work creating a new stretch of park area between West 65th Street and West 68th Streets. Once complete, this portion will be home to new plazas, play areas, lawns, volleyball courts, and a dog run. Further, the bikeway between West 62nd Street and West 70th Street will be reconstructed. Eventually, the city aims to implement shade structures, bathrooms, and a kiosk, all within this area. 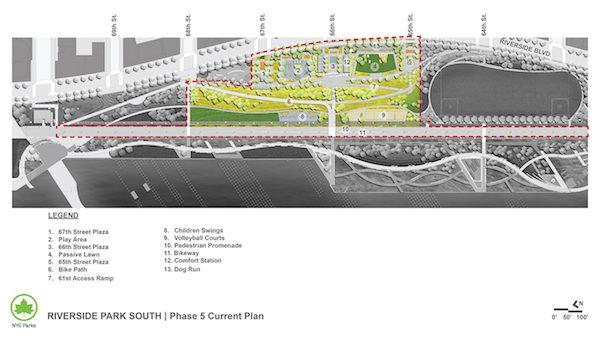 At Neufeld Playground near West 76th Street, adult fitness equipment, bike racks and benches adjacent to the basketball courts will be installed

And Joan of Arc Park at 92nd Street will also see some improvements; the city reports that it will reconstruct the concrete stairs and asphalt paths in the park. 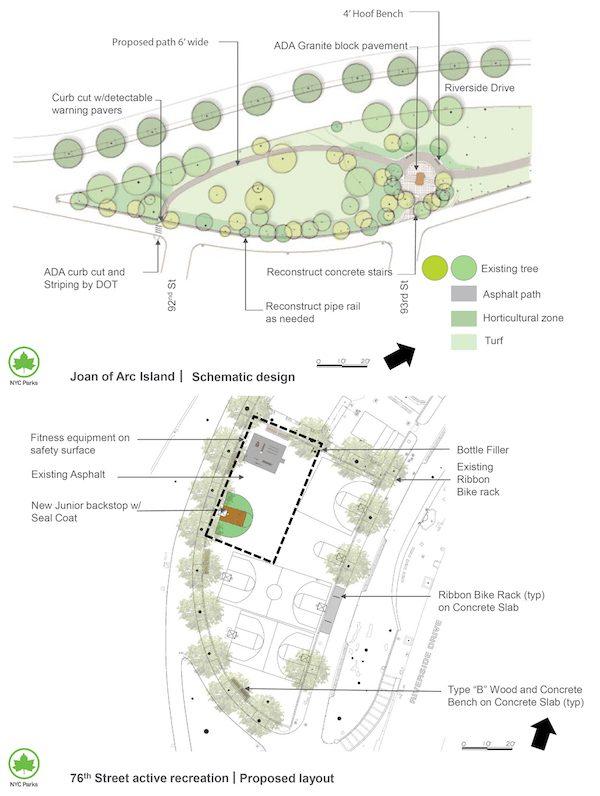 Additionally, we recently wrote about the remodeling of the 108th Street Skate Park, which will cost a total of $2.6 million.

The has many construction plans in store for the park – all of which can be read here.

There are still several more issues in Riverside Park that the city needs to tackle. The ongoing rat problem, the out-of-commission kayak dock at 72nd Street, and the disintegrating Soldiers’ and Sailors’ Monument all included. The needs are significant, but initiatives are in place to rebuild and maintain the infrastructure of Riverside Park. Improvement can be expected.

Join the Upper West Side newsletter for more local updates: