Home
Community
And the Goat Vote is in …

The long-anticipated Riverside Park goat vote took place today! The official ceremony recognized and awarded the most popular goats to intern in Riverside Park this summer.


When Riverside Park was first filled with goats, there were 24 of them.

But today, only 5 remained.

What preceded the selection of these lucky 5 was an aggressive “Vote The Goat” ballot, through which goat fans cast their goat votes. Yes, the selections were made by the public; no backdoor deals with city officials.

Today’s ceremony took place at 120th and Riverside Drive, where the goats first entered the park back in May.

Along with city officials, the press, and just people who like goats, I was there to witness the amazing ceremony.

The goats were very excited to be recognized. One was so excited he tried to jump the fence!

Another lost his patience and tried to eat a sign.

But soon enough, the goats would have their time in the sun.

Dan Garodnick, CEO of the Riverside Park Conservancy, spoke highly of all 24 goats.

Following his initial speech, the final five were brought out.

All goats were given proper recognition.

The guy with the cool hat is from Major League Eating. He was in attendance to “certify” the eating performance of each goat. He certified all five goats. 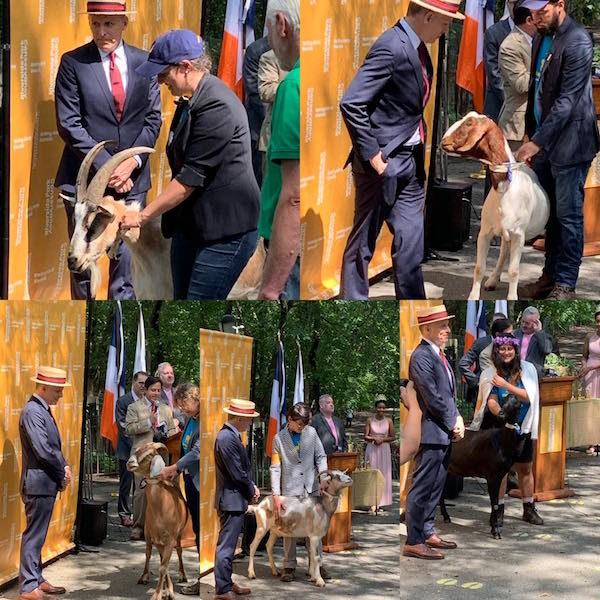 All the goats have been great. But only one could be named number one. I mean, it’s the Riverside Park goat vote.

Massey had been a favorite for a while, so while delighted, the crowd was not surprised.

All five finalists received medals, trophies, and bouquets of weeds.

Unfortunately, because the goats have been eating so well throughout their summer internship, only four will get to stay. As there isn’t enough vegetation to feed more.  With that being said, the 5th place goat will be heading back upstate. 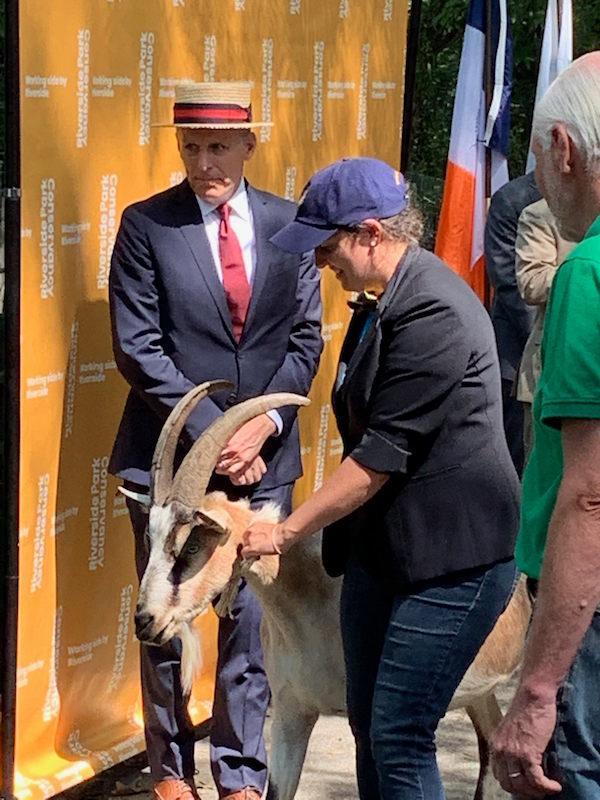 I hope you’ve enjoyed this, because it’s definitely the last article I’ll be writing about goats. At least until next year …