Home
Community
This Upper West Sider Knows About a Lot of Things, Including Toilet Paper 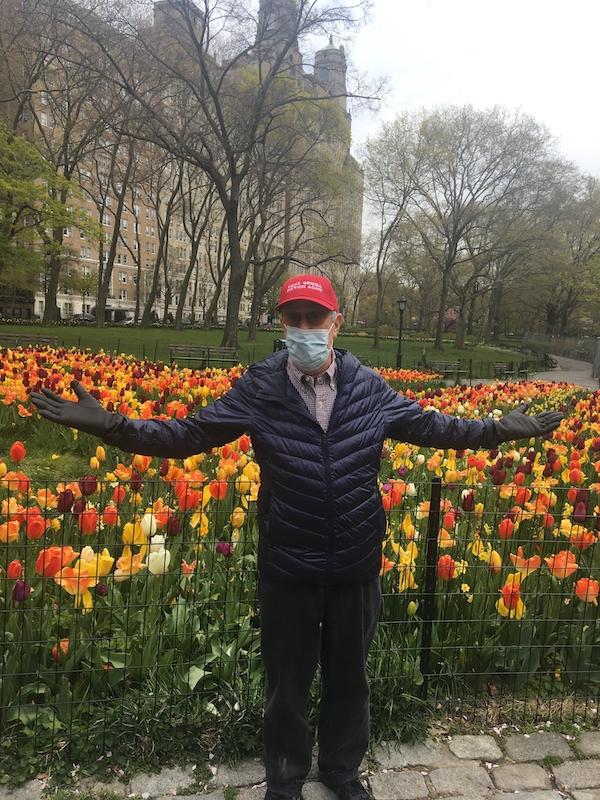 Wit and wry enthusiasm come across in everything Upper West Sider Ron Blumer does.  And, he’s also a very serious person, dedicated researcher and documentary maker. Recently, he’s garnered unexpected attention from the media because of Wiped: The Curious History of Toilet Paper, a serious history he wrote in 2013 (it’s also known as “The Poop book”). With the nation-wide, COVID-inspired hoarding of toilet paper, the media has sought out Blumer’s views, as he is the only respected expert on the topic. “Our only good news: Toilet Paper won’t run out” is one recent story he wrote for the Washington Post. Blumer says most of his research involved tracking down information in books at the New York Public Library.

Among other points of interest he discovered is that toilet paper on a roll was invented in Albany, NY. “A lot of what’s on the Internet is wrong” he found.

Another one of Blumer’s COVID-related works is “The Spitting Truth,” his documentary film “intended for teenagers” which explains and demonstrates the importance of distancing.

Blumer says that, in thinking about conveying his message visually, he turned to his experience in recording singers, where a microphone is shielded by a wind screen to diminish popping sounds that are emitted, literally spit out, by the performer, exaggerating “P” and “T” sounds. Bottom line: talking, unmasked, within close range of another person, is literally spitting in their face, and risky, given the highly contagious virus now endangering people of all ages around the globe.

Blumer works with his wife Muffie Meyer, a producer, director and documentary filmmaker. Together, they often create documentaries in the courtyard of the Apthorp, where they’ve lived for many years. It’s where their daughter, now a lawyer and Brooklynite, grew up. Currently, according to Bloomer, the Apthorp is experiencing good management, with an outstanding, military-style person in charge who is super committed to steam cleaning and sanitizing to ensure building safety and cleanliness. In the past, management has had its up and downs and residents have experienced various bad behaviors. The Apthorp community, described by Blumer, has a special warmth and neighborliness. For example, Mother’s Day distanced celebrations with children visiting older mothers and grandmothers across the courtyard was very touching and sweet, he said.

Watch: An Extended Applause in The Apthorp Courtyard

Among the 100 documentaries Blumer has written, produced or co-produced are American Experience: Alexander Hamilton and The New Medicine for PBS. Honors he’s received include a Primetime Emmy Award for Outstanding Informational series. His favorite project, he says, was a series on inventor, scientist and writer Benjamin Franklin, a man of unending accomplishments. “After serving in France gaining support for the American Independence, he discovered the Gulf Stream. and then he signed the Declaration of Independence,  It was extremely difficult to end this series, because he just kept going.”

While Blumer has been going out regularly for walks on Riverside Drive during these COVID months, his usual weekly routine includes meetings where a group of older volunteers teach new English to immigrants. The sessions, one of a number offered in different parts of NYC, are sponsored by the English Speaking Union. Rather than meeting up as usual “in a small airless room” at the Universalist Church on 77th and Central Park West, the lessons continue using Zoom. This is actually very productive, particularly for one-on-one teaching sessions.

Although a collaborative project Ron and Muffie have started is temporarily on pause, they are the kind of people who are always at work by whatever means necessary. For now, that’s marshaling new projects and proposals via virtual technology.