The JCC is hosting a number of performances and discussions you won’t want to miss. A few of the folks you’ll see include Ruth Messinger, Emily Nussbaum and Moisés Kaufman! Read on to learn more and to book yourself a seat! 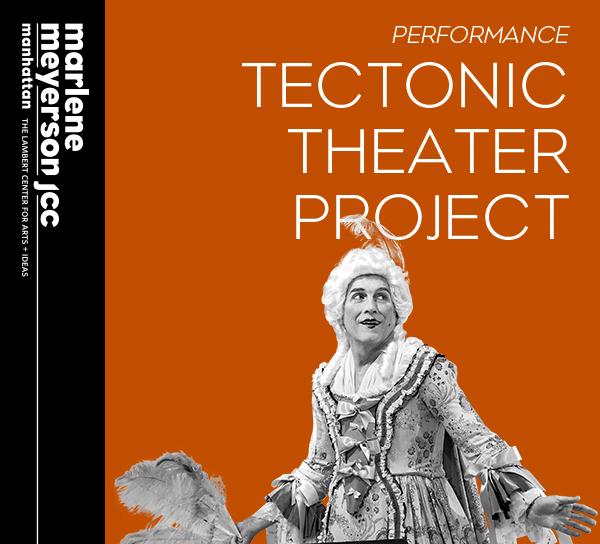 Led by Founder and Artistic Director Moisés Kaufman, Tectonic Theater Project worked for two to three years from the formation of an initial idea to premiering a play on stage. An essential part of this creative process is gathering feedback from audiences along the way. Moments in Progress is a peek behind the curtain at Tectonic’s new plays in development.

The evening will feature scenes from the following plays in development:

Treatment & Data – Through his remarkable life of activism, Spencer Cox became a self-taught expert in the drugs that made it possible to be a long-term survivor of HIV/AIDS. But in 2012, Spencer died of AIDS at the age of 44 because he stopped taking the same life-sustaining drugs he had worked so hard to bring to market. Tectonic has collected over 100 hours of interview transcripts with over 60 individuals in the HIV/AIDS activism community. These interviews form the basis of Treatment & Data, a new play about the very enigmatic Spencer Cox and the lessons he left us about how to change the world.

The Album, or Here There are Blueberries– In 2008 a photo album was annonymously given to the United States Holocaust Memorial Museum. The album was determined to be the personal project of Karl Hoecker, assistant to the commandant of Auschwitz. The photos revealed a part of the camp complex called Solahütte, a vacation retreat for Nazi officers, SS wives and children, and elite secretaries (Helferinnen). Here on the banks of the Sola River they relaxed and celebrated with some of the most notorious figures of the Third Reich while in the prisoner barracks just kilometers away, horrific suffering was taking place. The Album excavates the lives of the perpetrators so that we may truly understand how the seeds of hatred and violence are sewn.

Las Aventuras de Juan Planchard– This theatrical adaptation of the best-selling novel by Jonathan Jakubowicz tells the story of Juan Planchard, a Venezuelan revolutionary who believes as much in President Chavez’s ideology as he believes in profiting from it. By telling Juan’s story, the play chronicles the last 20 years of Venezuela’s history and sheds light on the mindset and ideals of Venezuela’s present-day ruling elite, their excesses, and their exploits.

The Gorgeous Nothings – Based on true events, The Gorgeous Nothings is a fantastical play that reconstructs the extraordinary, campy, and sometimes heartbreaking history of a group of homosexuals unjustly imprisoned and quarantined on New York City’s Welfare Island (later renamed Roosevelt Island) during the 1930s for committing “lewd and unnatural acts which offend the public decency” (New York Penal Law 722, Section 690). Melding historical fact and expansive storytelling, The Gorgeous Nothings weaves a rich and complex historical tapestry based on interviews, archival documents, and prison records. It tells the forgotten story of a community of fearless and fabulous pioneers during the 1930s who led a silent but fierce revolution, bravely building the foundation of the modern gay liberation movement — four decades before Stonewall.

How We Watch in the Age of Social Media: Andrew Marantz + Emily Nussbaum in Conversation 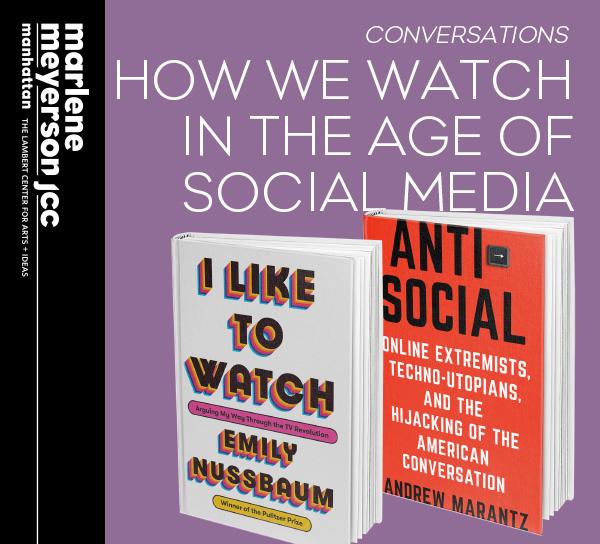 The New Yorker’s Andrew Marantz and Pulitzer Prize winner Emily Nussbaum address how social media has changed the way we watch television and presidential debates, as well as the parallels in each of their new books, Marantz’s Antisocial: Online Extremists, Techno-Utopians, and the Hijacking of the American Conversation and Nussbaum’s I Like to Watch: Arguing My Way Through the TV Revolution.

The Nickel Boys: Colson Whitehead in Conversation with Ruth Messinger 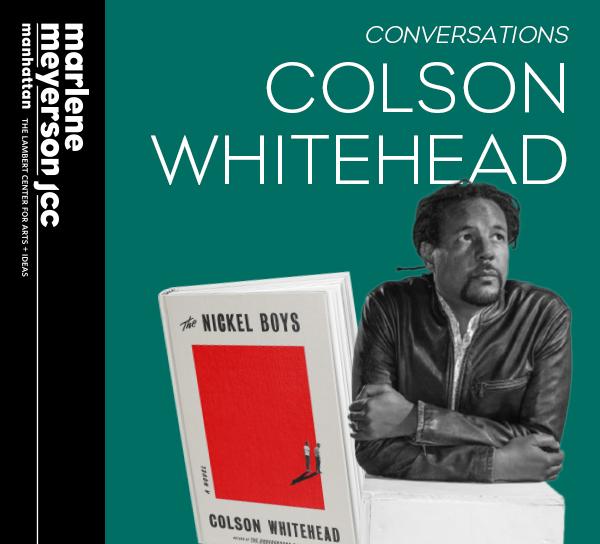 Pulitzer Prize–winner Colson Whitehead (The Underground Railroad) is joined by Ruth Messinger, former Manhattan borough president and global ambassador for American Jewish World Service, to discuss his latest New York Times best seller, The Nickel Boys, in which he dramatizes a strand of American history through the story of two boys sentenced to a hellish reform school in Jim Crow-era Florida.