Long before there was the New York City Ballet or Metropolitan Opera at Lincoln Center – before there was a Lincoln Center – there were the dance halls and jazz clubs of San Juan Hill. A hotbed of African-American culture, San Juan Hill gave birth to music and trends that quickly spread across the country. However, when violence and poverty in the neighborhood caught the attention of notorious city planner Robert Moses, it was quite literally wiped off the map. 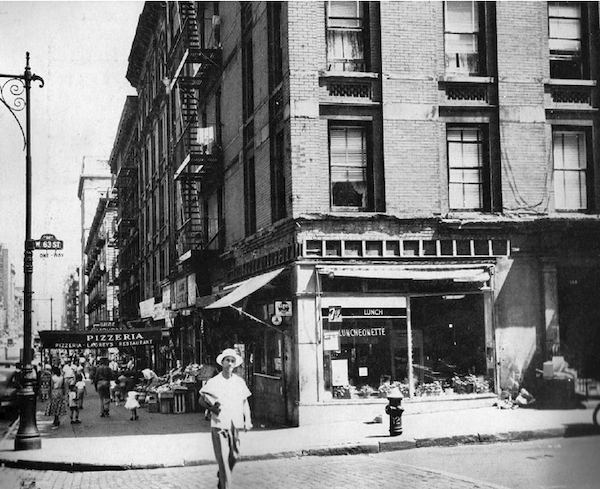 In the 1890s, San Juan Hill was first populated by African-Americans moving from both the southern United States and other areas of New York City, including Greenwich Village. The origin of the neighborhood’s name is still somewhat shrouded in mystery, but it is likely a reference to one of the more famous battles of the Spanish-American War. The Battle of San Juan Hill took place in Cuba in 1889 and was fought and won primarily by African-American soldiers, many of whom moved to the Upper West Side after the war.

In 1905, Henry Phipps, Jr., a business partner of Andrew Carnegie, donated $1 million to build the nation’s first public housing projects across the city. In 1906, construction began on the Phipps Houses on 63rd Street, which provided an affordable alternative to the area’s old-world tenements while alleviating housing discrimination felt by San Juan Hill’s African-American population. An additional Phipps complex on 64th Street opened soon after as the neighborhood continued to grow.

While gang violence affected San Juan Hill throughout most of its existence, it did not define the area. Instead, the tenement basements and Phipps Houses’ apartments were breeding grounds for jazz.

Before rising to fame in Harlem, many of the most important jazz musicians were playing in San Juan Hill. Thelonious Monk, one of the most influential jazz pianists, moved to the Phipps Houses at a young age. There, he grew up alongside James P. Johnson, pianist and creator of the Charleston Craze that swept the country in the 1920s.

Now, the Phipps complexes at 63rd and 64th Streets stand just blocks away from Jazz at Lincoln Center, where Monk and Johnson’s music is still regularly played.

The Great Depression of the 1930s took its toll on New York City and San Juan Hill was not exempt. Meanwhile, builder Robert Moses was gaining power across multiple city offices. Financed by President Roosevelt’s New Deal, Moses and Mayor Fiorello LaGuardia began work on massive public improvement plans, including large swimming pools across the city. Despite his success, Moses felt that he was hampered by Mayor LaGuardia and looked to build increasingly significant projects.

In the aftermath of World War II, Mayor Laguardia’s successors allowed Moses virtually complete control over city improvement planning. Moses held multiple, non-elected positions simultaneously, and used his power to build numerous infrastructure projects, including the West Side Highway. Controversy arose when many of Moses’ highways and bridges forced lower income communities to be razed, yet he insisted it was necessary to make progress.

At the end of the 1950s, a perfect storm of policy and circumstance meant the end for San Juan Hill.  The Metropolitan Opera, New York Philharmonic, and Fordham University all separately approached Robert Moses to inquire about moving to new spaces. Moses saw an opportunity to build a cultural center for the arts and decided to employ his city-sponsored Mayor’s Committee on Slum Clearance to create a location for the project. The initial plans for Lincoln Center state that the San Juan Hill area was “far too valuable…to be permitted to remain as a blighted area of deterioration…” 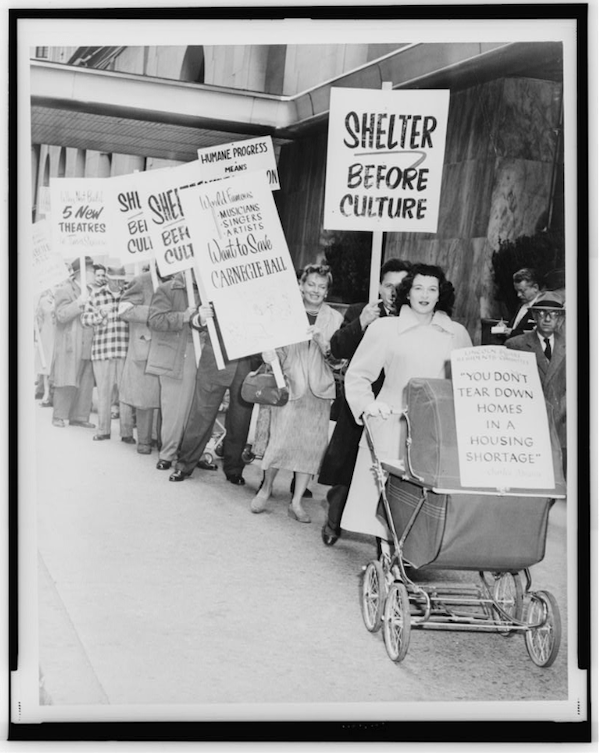 A protest against the destruction of the neighborhood to build Lincoln Center. New York World-Telegram and the Sun Newspaper Photograph Collection (Library of Congress) 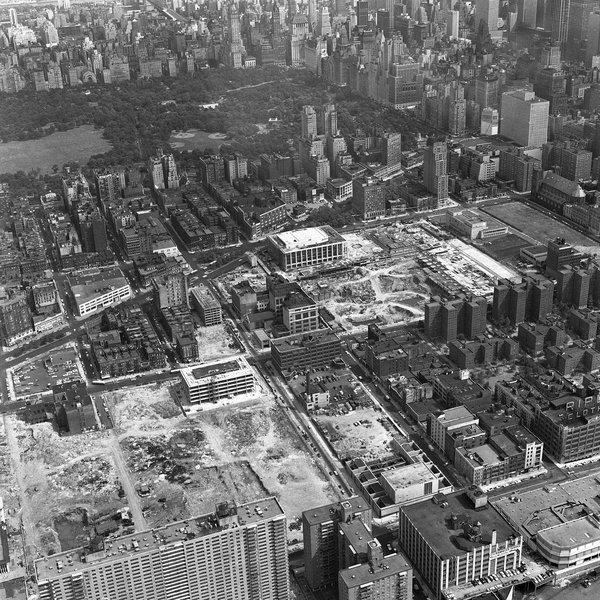 The tenements and businesses were demolished and in 1959, President Eisenhower was the first to break ground on the new Lincoln Center project. Today, the arts center spans 16.3 acres and, in combination with Moses’ Lincoln Towers, covers almost the entirety of the old San Juan Hill neighborhood.

LeRoy Neiman: Master of Many Arenas