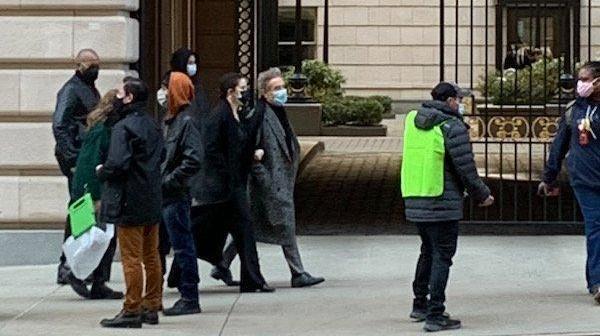 Steve Martin, Selena Gomez and Martin Short are back for season 2 of Only Murders in the Building. The trailer was just released for Hulu’s hit mystery comedy, which will be back on the screen on June 28.

Filmed primarily on the Upper West Side, season 1 left us with a doozy of a cliffhanger, and based off this new trailer, let’s just say it sends the investigation in a whole new direction.

Several clues are sprinkled throughout the two-minute trailer for season 2. After solving the mysterious death of Tim Kono in season 1, our stars are now the prime suspects in the slaying of Arconia Board President Bunny Folger. We also see the surprise return of Jan, the season 1 killer played by Amy Ryan (The Office, The Wire), a character we weren’t sure would be back for new episodes. For anyone new to the show, the Arconia is the fictitious name of the building Martin, Gomez and Short’s characters live in. The Belnord, which is located at 225 West 86th Street between Broadway and Amsterdam Ave, translates to the real-world Arconia for fans looking to sightsee. 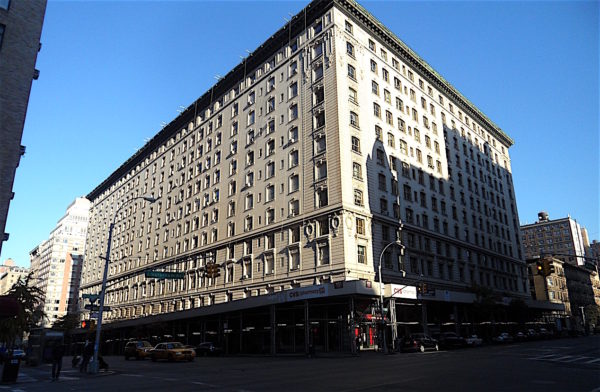 Evidence of a bloody knife and shots of someone knitting with a needle and yarn grace the screen as clues for season 2. We also see Shirley MacLaine, who joins the cast as the concerned mother of now-deceased Bunny Folger, played by Jayne Houdyshell. There are also flashes of British model/actress Cara Delevingne, who plays Alice — a high-society art-world aficionado — and Amy Schumer, whose specific function in the show is currently a mystery in and of itself. Our guess is she’s a suspicious neighbor with her own — potentially evil — agenda.

Upper West Side celebrity Tina Fey pops up briefly, too, giving a quick wink to the camera. Fey’s character, Cinda Canning, is on the sly since our star characters told them about their “Only Murders in the Building” podcast in season 1. We last left it with Canning, an advantageous media mogul, looking to rip off their idea for her own gain.

Who we don’t see in the trailer is the newly added Michael Rapaport, who signed on to play the recurring role of Detective Kreps in season 2. Kreps is a police detective hot on the new Bunny Folger murder. Nathan Lane’s character, Teddy Dimas, is also mysteriously left out of the clip. Dimas was a lead suspect and the antagonist of our crime-solving stars in season 1, so it’ll be interesting to see how his role transforms in the new season.

So far there’s been no sign of Sting, a season 1 favorite, appearing in season 2 — but we’re keeping hope alive.