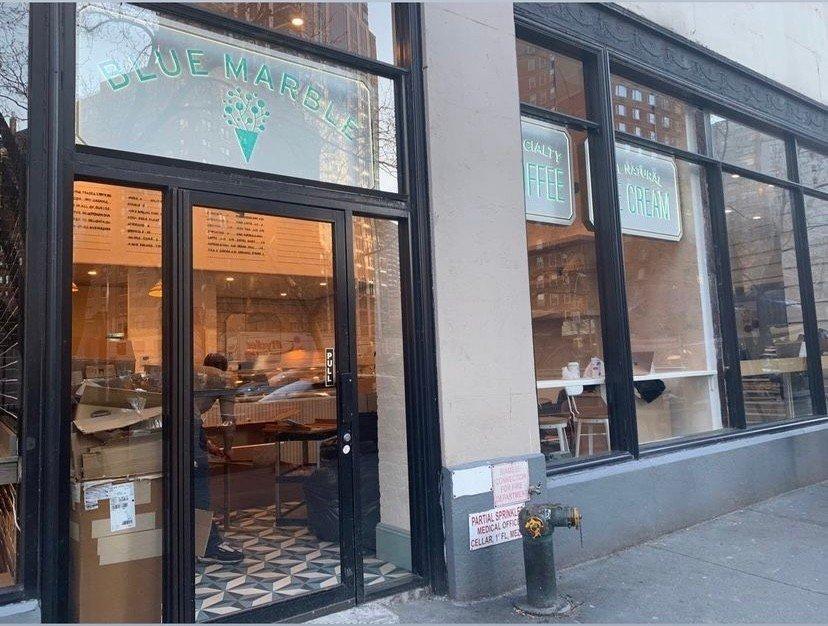 Anyone who’s been grieving about the eviction notice plastered in Big Gay Ice Cream’s window can take solace in the fact that another ice cream shop is expanding its neighborhood footprint. On Saturday, March 5 at 10am, Blue Marble Ice Cream will be opening its second UWS location at 2058 Broadway, between 70th and 71st streets, owner Jennie Dundas tells us.

Dundas tells us the first hundred scoops will be free (maybe skip breakfast) and they’ll be offering a 50% discount for the first 50 coffee beverages.

The new spot will offer “all the same standards that our fans know and love,” Dundas tells us. These include Blue Marble’s popular vegan flavors and its signature Blue Marble, naturally blue colored vanilla ice cream with peanut butter swirl and mini vegan marshmallows. “When you scoop it, it looks like planet earth, the big Blue Marble!” Dundas says. 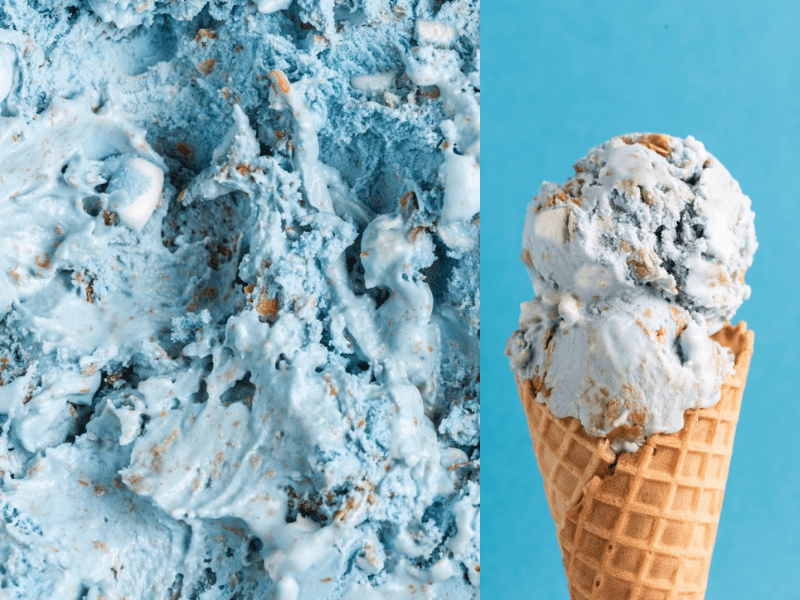 Dundas — who is also an actress who’s had roles in The First Wives Club and Law and Order: Criminal Intent, among other movies and television shows — opened the shop’s first UWS location at 2578 Broadway (97th Street) in March 2021, replacing former tenant Earth Cafe.

The company was founded in 2007 with organic ingredients and sustainable business practices at the core of its mission. The company’s Facebook description states that “[They] do not use antibiotics, artificial ingredients or corn syrup, [and] are also GMO free and use the finest ingredients to create super premium products for you all.”  Blue Marble also has a new partnership with Brotherhood Sister Sol, with 1% of shop sales donated to this Harlem-based youth development organization.

Blue Marble’s flagship location and production facility are both in Brooklyn, and the ice cream can be found at lots of restaurants throughout the city, and in pints at retailers throughout the tristate area. They also ship nationwide.

The UWS space was formerly occupied by wine bar Le Pif, which in September 2020 closed both this and its Chelsea location as a direct result of the pandemic, company representatives stated at the time.

This location will be open Monday-Thursday from 7am-9pm; Friday from 7am-10pm; and Saturday-Sunday from 8am-10pm.