“Reflections” features Evan Halter’s paintings of selected elements from paintings and prints throughout art history, refocusing the viewer’s eye on what might otherwise be overlooked, both on the canvas, and in life. 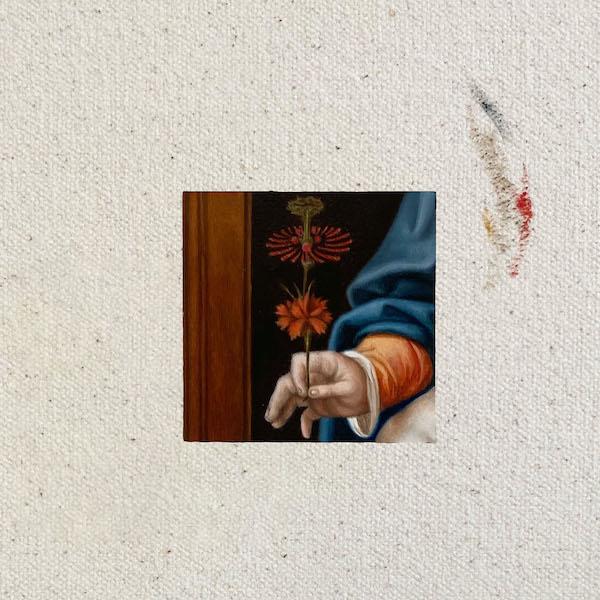 Join the Gallery at W83 for a wine reception celebrating the show’s opening on March 25th; the exhibit will be on display until May 18th.

Evan Halter is interested in painting’s ability to function in multiple states simultaneously, namely as both illusory space and physical surface. He works through various media such as oil on canvas and panel, as well as watercolor or gouache on paper. The imagery in Halter’s work often comes directly from Art History. Using works by artists such as Fra Angelico, Juan Sánchez Cotán, and Albrecht Dürer as source material,Halter’s goal is to use these references as a means of pointing toward something non-material, something we can grasp at, but that continually evades us.

Born in Cincinnati, Ohio in 1990, Halter received his BFA in painting at the Art Academy of Cincinnati in 2013 and his MFA in Fine Arts at Mason Gross School of the Arts at Rutgers University in 2016. He has participated in the New York Studio Residency Program in Brooklyn, the Advanced Painting Intensive at Columbia University and the thematic residency “Still Alive” at the Banff Centre for the Arts in Alberta, Canada. He lives and works in Brooklyn.

Located at 150 West 83rd Street, The Gallery At W83 cultivates art and community on the Upper West Side, providing space for personal engagement, community conversations, and spiritual reflection.