Decades before Central Park was even a concept, Seneca Village began to grow into a tight-knit settlement of African-American and Irish landowners. Centered near the current west side of Central Park at 85th Street, Seneca Village was an example of a self-sufficient, middle-class minority community that happened to stand in the way of city planners and the wealthiest New York families. 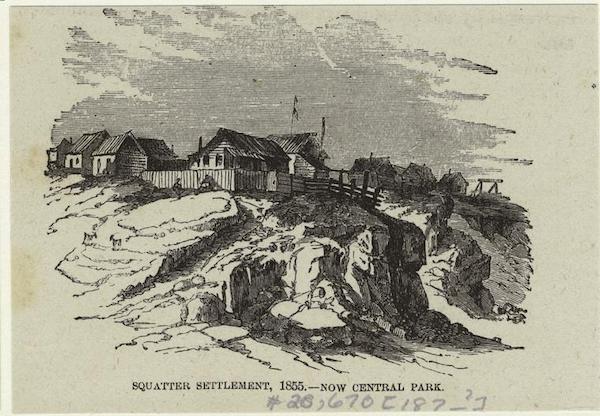 When the village was destroyed in 1857 prior to the construction of Central Park, its story seemed to disappear as well. It wasn’t until the 1990s that evidence of Seneca Village began to reemerge and historians were able to piece together the rise and fall of a once thriving community.

The village began to grow in 1825 when farmers John and Elizabeth Whitehead divided their land into 200 lots and sold the first three to Andrew Williams for $125. Williams was a shoe shiner who joined a relatively small group of African-American landowners in New York City. Seneca Village quickly began to grow around Williams as more African-Americans bought parcels of land from the Whiteheads.

Seneca Village became a desirable location when the African Methodist Episcopal Zion Church moved to the site, and by the 1850s, fifty houses and two more churches had been built. Approximately 20% of the city’s landowning African-American population lived in Seneca Village. The neighborhood offered an opportunity to live free of housing discrimination and be a part of a strong community. 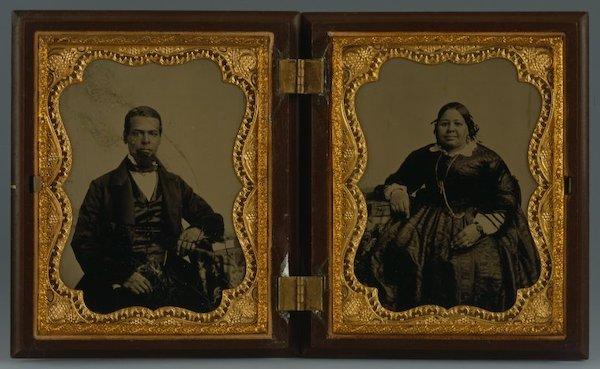 When the plans for Central Park were laid out in the 1850s, the project was supported by nearly all of New York’s inhabitants. Although the city was still centered further downtown, Andrew Jackson Downing, a well-known landscape designer, petitioned for a large park extending above 59th Street.  Many of the city’s wealthy families argued that New York lagged behind its European counterparts because it lacked a large, open space like London’s Hyde Park.

The city’s mayor and other powerful businessmen made it clear that they would throw their full weight behind the project, and when Seneca Village found itself in their way, the small population of minorities had little recourse to save their homes. Newspapers funded by supporters of the park argued that Seneca Village was little more than a swampland home to “squatters,” making for an easy decision to raze the community.

The phrase “history is written by the victors” rings true when looking at records of Seneca Village. For decades, the only knowledge of the settlement came from descriptions of squalid living conditions, yet historians have begun to find more to the story.

READ MORE: A Shanty Town Along the Hudson River

While an undoubtedly foul-smelling bone processing plant was located just south of Seneca Village, at 75th Street, the village itself was full of well-built homes privately owned by 50% of the town’s residents.  Those living in smaller structures were likely not “squatters,” but instead had permission to reside on the land from the owners and pay rent. Many of the homes had gardens, fresh fish was caught from the nearby rivers, and a spring provided drinking water. Nonetheless, the village’s African-American and Irish immigrant populations were powerless to defend themselves from the city’s plan to build the nation’s first great park.

Landowners were paid an average of $700 per lot through eminent domain and were told to vacate by 1857. Some villagers filed lawsuits against the city but were defeated before the project was due to begin. There is almost no recorded trace of Seneca Village’s population following the construction of Central Park, and no family members of the villagers have been identified. Nonetheless, ongoing research and archaeological digs continue to take place, hopefully uncovering more information about Seneca Village’s past. 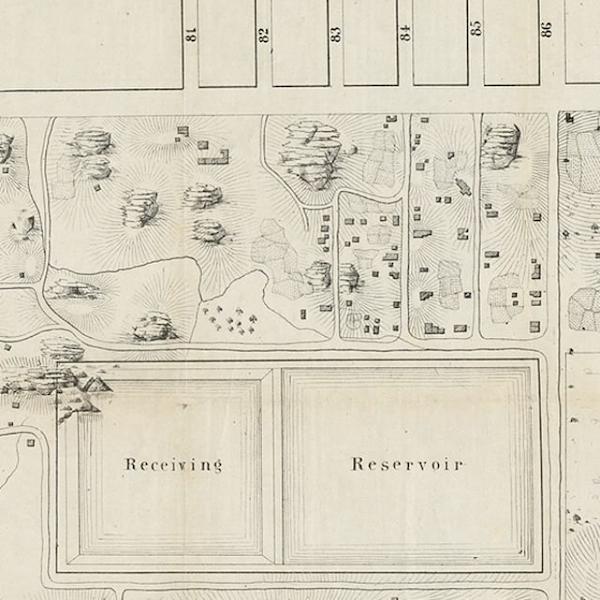