Home
Events
Shakespeare in the Park 2016

Coming soon: Shakespeare in the Park 2020!

Shakespeare in the Park 2016 graces Central Park this summer with a variety of shows and performances ready to delight New Yorkers across all five boroughs. This year marks the 400th anniversary of Shakespeare’s legacy as more than 100,000 attendees are expected to watch his plays under the stars at Delacorte Theater. Read below for information on what events will be taking place and discover why this is a summer must-do!

Shakespeare in the Park 2016 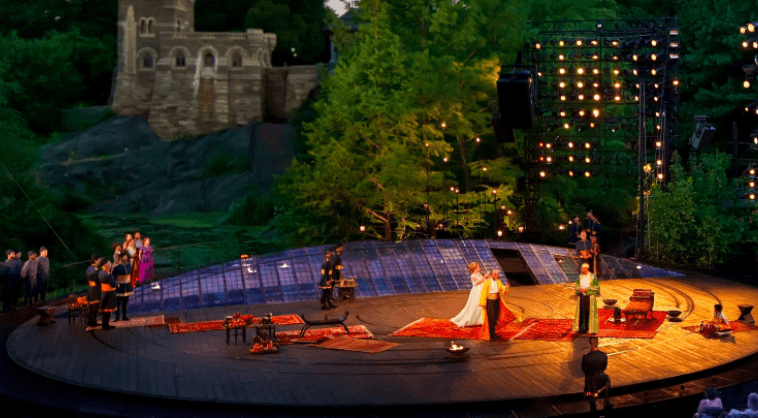 The story of Troilus and Cressida takes place during the Trojan War as we meet a young prince who’s vying for the love of a lovely young woman called Cressida.

Meanwhile, Ajax, Ulysses, and Achilles debate over returning captive Helen or continuing to fight the war. This funny and poignant drama vividly narrates two stories that capture the essence of human nature under dire circumstances. What lengths will they go to enact revenge and to find love? Find out by attending this play in the beautiful Delacorte Theater.

The Taming of the Shrew 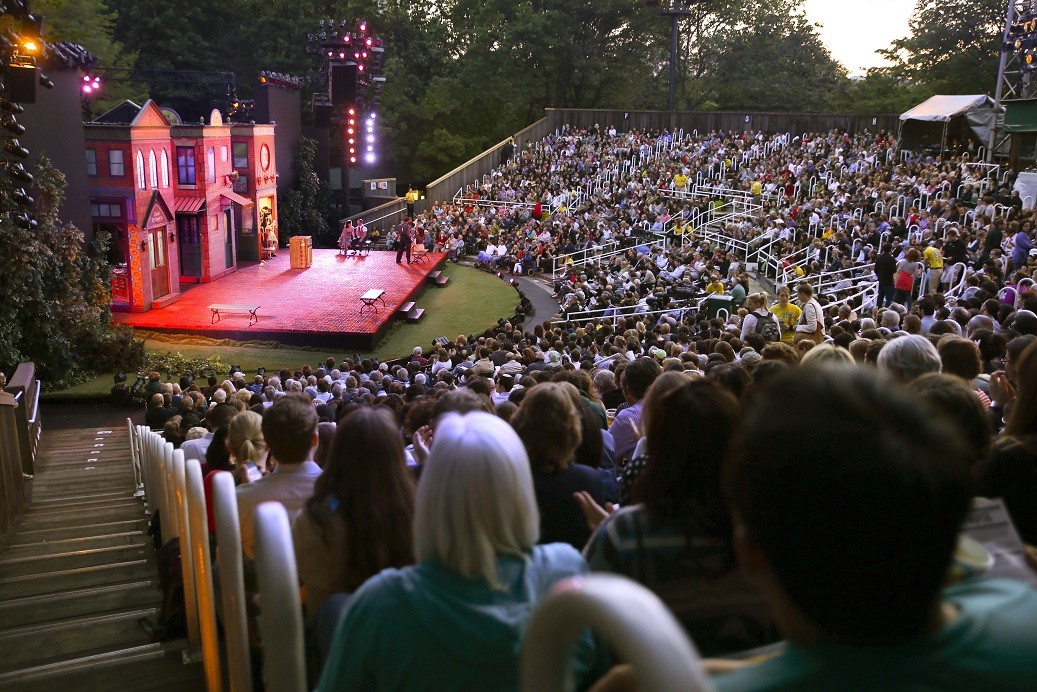 The Taming of the Shrew is an utterly funny comedy of the sexes directed by Tony nominee Phyllida Lloyd. The play revolves around beautiful Bianca who’s got lots of suitors looking to marry her for her beauty and for her money. However, her suitors will first have to conquer the heart of Bianca’s older sister Katherina (played by Olivier nominee Cush Jumbo).

Complications arise and follow shortly thereafter and the story delves to find out what lengths men will go to achieve their desires and women to attain their freedom. This screwball comedy is reinvented by the performances of an all-female cast who will express our funny behavior when it comes to love. 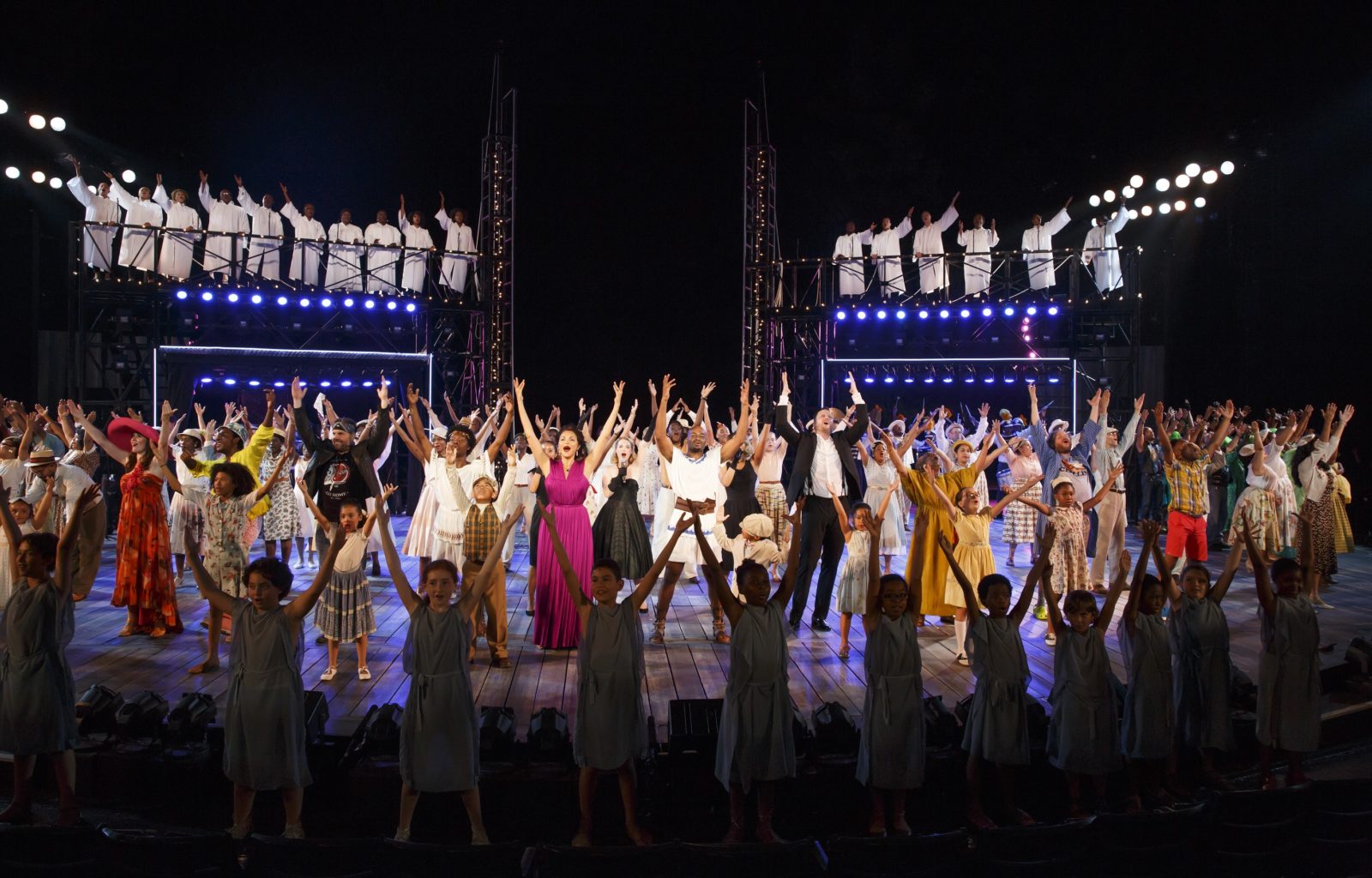 Every year, Public Works accomplishes its mission of engaging the diverse communities of New York and turning many of their residents into art performers. Instead of contemplating the show unfold right before their very own eyes, Public Works gives them the opportunity to become part of the performance by participating in a rendition of one of Shakespeare’s plays. Twelfth Night will be directed by Kwame Kwi-Armah and Shaina Taub. The play will take place in the open-air theater of Delacorte and it’s a unique way to watch a group of people from different walks of life be creative together live on stage.

The United States of Shakespeare

Each year, Shakespeare in the Park hosts The Public’s Annual Gala at the Delacorte. This star-studded event takes place over the course of one night and celebrates the legacy Shakespeare has left behind.

The Gala kicks off at 6pm with dinner, a performance at 8pm, and a dessert reception shortly thereafter. The theme for this year is “The United States of Shakespere” and is inspired by the many American poets, songwriters, and authors who have been influenced by the works and words of the great playwright. There’ll be an after party at 9.45pm with DJ Hesta Prynn! 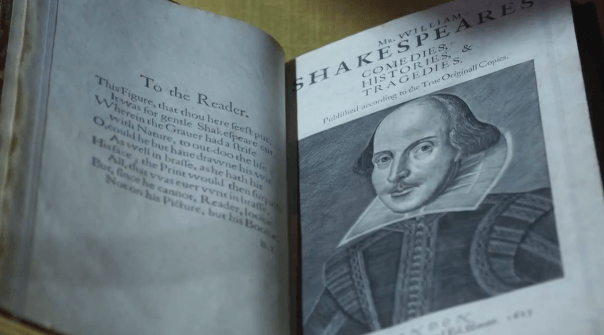 The First Folio of Shakespeare’s published work will be displayed in a special exhibit showing at the New York Historical Society in collaboration with The Public Theater and 92nd Street Y.

Shakespeares’ First Folio was published in 1623 and this exhibitions presents a tremendous opportunity to catch a glimpse of the book that contains the first 36 published scripts of his most famous works including Hamlet, Macbeth, and As You Like It.

New York Historical Society will also be hosting a series of events and activities to celebrate the talent of Shakespeare and his 400 year-long legacy!

The mission of the Public Theater is to make the performing arts accessible to people from different walks of life and backgrounds. For almost 60 years, the free Shakespeare in the Park foundation has represented the goal of what the Public Theater was built upon. His plays bring about ideas that are still relevant today and are expressed through dialogue and art that reflect NYC as a cultural melting pot and a world class city. 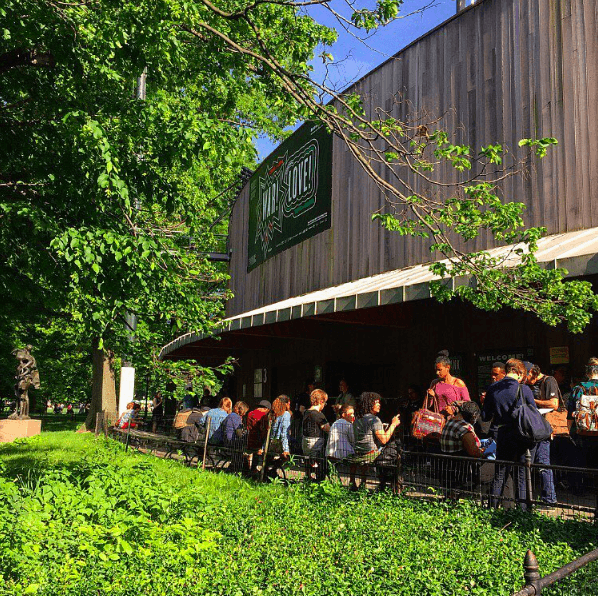 Weekend Magic With The Kids

Summer on the Hudson Goes Virtual