It was first reported in late 2018 that the Shops at Columbus Circle – previously known as the Time Warner Center – would be taking the name of its newest high paying tenant. Now, it’s official: the Columbus Circle mall is the Deutsche Bank Center.

New signage was revealed on Monday.


“As Deutsche Bank prepares to move its North American headquarters to One Columbus Circle later this year, the property has been officially renamed Deutsche Bank Center. On May 24th, Jeff Blau and Christiana Riley, CEO of Deutsche Bank Americas, revealed the new Deutsche Bank Center marquee signage in celebration of the landmark building’s new name and tenant,” read a statement by Related Companies, the building landlord. 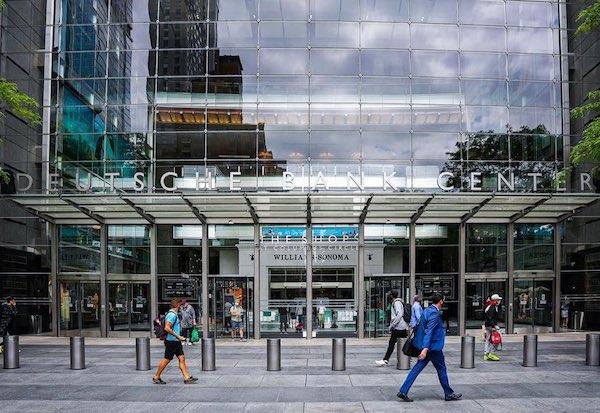 Deutsche Bank leased over a million square feet at the building, making it the second largest lease transaction of 2018. They signed a 25 year lease and will occupy all available offices except those on the 20th floor. Deutsche Bank is expected to move into the mall from its current location at 60 Wall Street in late 2021.