If you’re looking to get out to enjoy the wintery blanket before it melts, the New York City Parks Department has a list of ideal sledding spots throughout the city, which of course includes the UWS.

They do state, however, that “while sledding is allowed in New York City parks, it is illegal to go sledding on golf courses.” So don’t do that! 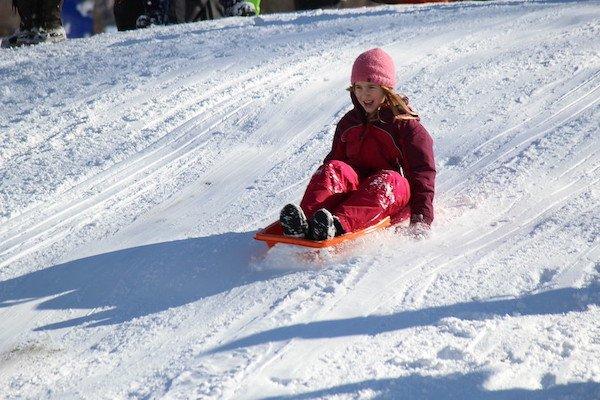 Riverside Park’s West 103rd Street hill was mentioned by the city, but there’s also a popular hill at 91st Street near Hippo Playground. And there’s a narrow but super fun hill just past the tunnel at West 72nd Street.

And finally, Morningside Park has lots of options; NYC Parks recommends the hills at 110th, 113th and 122nd streets.

Where’s your favorite sledding spot? Let us know in the comments below!