Last October, a group of 323 volunteers spent 11 days scouring Central Park to count the resident squirrels, National Geographic first reported. And in June of this year, the data from the first ever squirrel census was revealed at the Explorers Club, located at 46 East 70th Street.

The data has now been made available online (first heard through a release by Patch.com).

Or if you want an easier viewing experience, you can actually buy the 2019 Central Park Squirrel Census Report for $75 here. You do already know that the number of squirrels in Central Park is (approximately) 2,373. But the report comes with five-foot-tall maps, 37 pages of additional squirrel data, insights, and stories, and a soundtrack of the park developed from notes during the squirrel count.

The squirrel census sales pitch is pretty hard to argue with:

If you like squirrels, maps, design, art, community, science, parks, or New York, this is for you.

I KNOW you like at least one of these things.

So the squirrels of Central Park are eastern grey squirrels, a species which there is apparently limited research about. Which was apparently one of the motivators for this first ever census.

National Geographic states that the eastern greys are threatening the native red squirrels of England, and that they come with other destructive tendencies like causing power outages. Nat Geo also references the day in 1994 when squirrels chewed through powerlines causing NASDAQ to crash and stopping millions of trades… 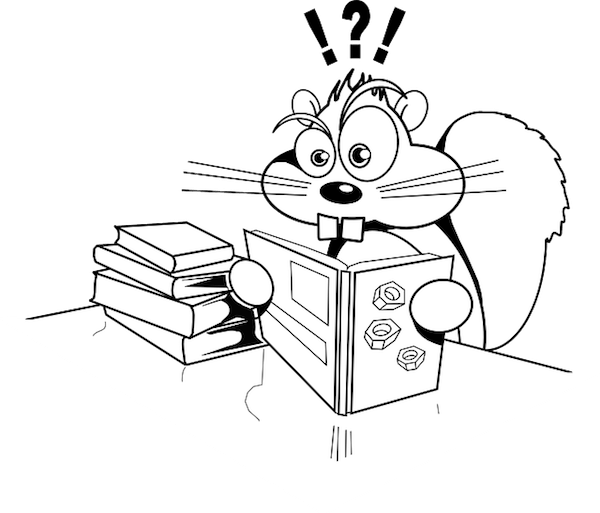 At the same time, though, their harvesting practices help regenerate forests.

So I guess these little fur-balls are pretty enigmatic. Hence the squirrel census.

A Big Snowstorm Could Be Coming