Home
Events
St. Patrick’s Day on the Upper West Side

St. Patrick’s Day on the Upper West Side is almost here which means it’s time to wear your best green outfit and celebrate in true Irish fashion! The holiday’s origins can be traced back to the Patron Saint of Ireland and the beginning of the country’s Christianity. Bars and pubs on the UWS are more than ready for the greenest party of the year. Read our guide for information on the parade and other events that will be taking place come March 17!

The St. Patrick’s Day Parade is one of NYC’s biggest annual events. This year, the parade starts at 11am on 44th St. It will then head north towards Fifth Avenue as it makes its way past St. Patrick’s Cathedral. The parade will then reach 79th St. and end at 5pm by the American Irish Historical Society. There’ll be shamrock floats, bagpipers, Celtic dancers, and lots and lots of green. The NYC St. Patrick’s Day Parade is the oldest and largest in the world. The first one was held in 1762 and has since then become a tradition for more than 100,000 people. Don’t miss your chance to grab a prime viewing spot by heading to the northern portion of 5th Ave!

Head to the Children’s Museum of Manhattan and bring your little ones along for a special St. Patrick’s Day activity. Children ages five and under are invited to attend the “Lucky Leprechaun Hats” workshop. They’ll get to create and design their very own leprechaun hat while learning about Irish culture and its traditions. After the workshop ends, children will be able to wear their new green hat and explore the museum’s interactive exhibits. 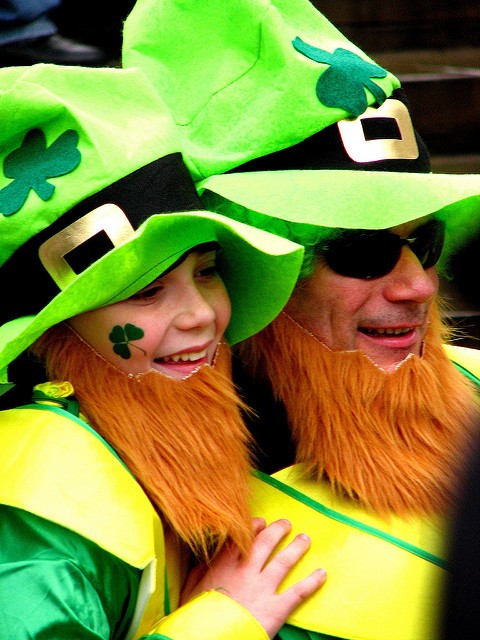 The Parlour is one of the Upper West Side’s traditional Irish pubs. For St. Patrick’s Day, they’ll be doubling up on the Guiness and other draft beers such as New Castle Brown Ale, Shock Top, and Carlsberg. They also have a wide variety of bottled beers as well as scotch and bourbon options.

Their Irish whiskey selection is extensive and includes Michael Collins and 2 Gingers amongst others. Try their Parlour Irish Coffee signature cocktail for a delicious blend of Jameson, Baileys, coffee, and cream flavors. The Parlour offers a welcoming ambiance and authentic Irish hospitality to everyone who walks across its doors. 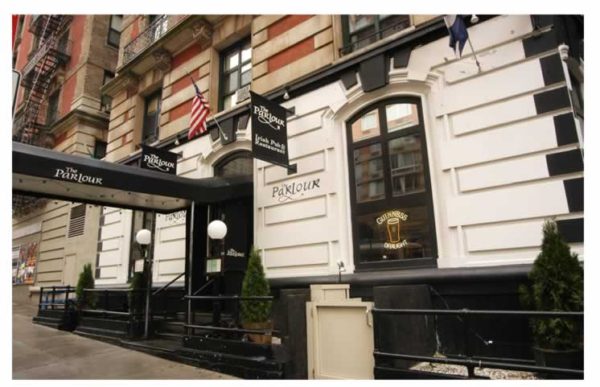 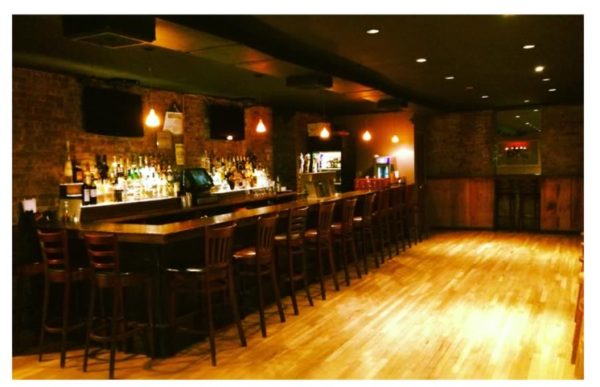 The Dead Poet is a modern Irish pub that’s themed with quotes and messages about life by some of literature’s greatest authors. The atmosphere here is effortlessly cool and cozy. The drink menu features a great selection of drat beers and Irish whiskeys. Their cocktails pack a punch and are named after famous writers and poets. Try their signature “The Dead Poet” cocktail that comes with seven liquors and a splash of sour mix. The flavor is surprisingly refreshing and similar to the taste of grape soda.

For St. Patrick’s Day, the bartenders will keep fine pints of Guinness with a Shamrock flowing at all times. If you can drink enough Guinness, your name will get written on one of the pub’s walls! 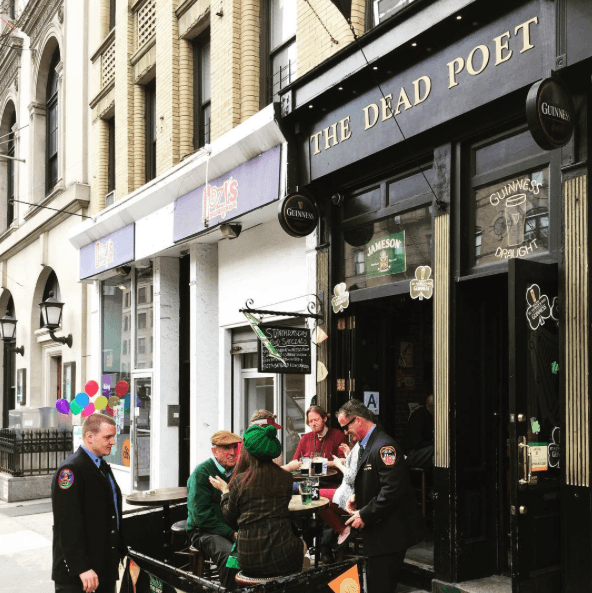 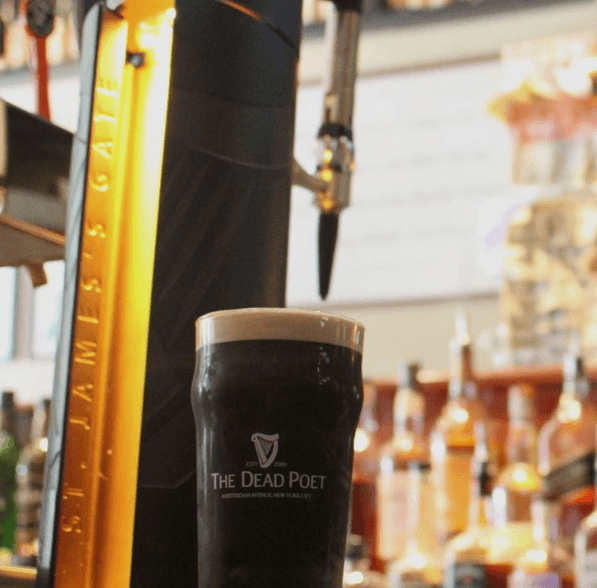 Named after the historic gate in Dublin, St. James is an Irish pub that’s known for its drinks and delicious bar bites. Head for lunch or dinner on St. Patrick’s Day and enjoy some of the most authentic Irish cuisine around.

Order their Celtic onion soup which comes with a heavy portion of cheese, a toasted slice of ciabatta drenched in olive oil, and some freshly grated parmesan. Or go for their signature fish and chips dish served with a side of cole slaw. The bar is spacious and has an outdoor seating area. St. James Gate is located just steps away from Central Park which makes it ideal for those looking to keep the celebration going after watching the parade. 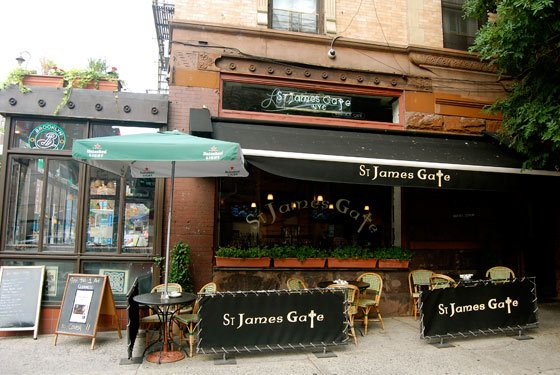 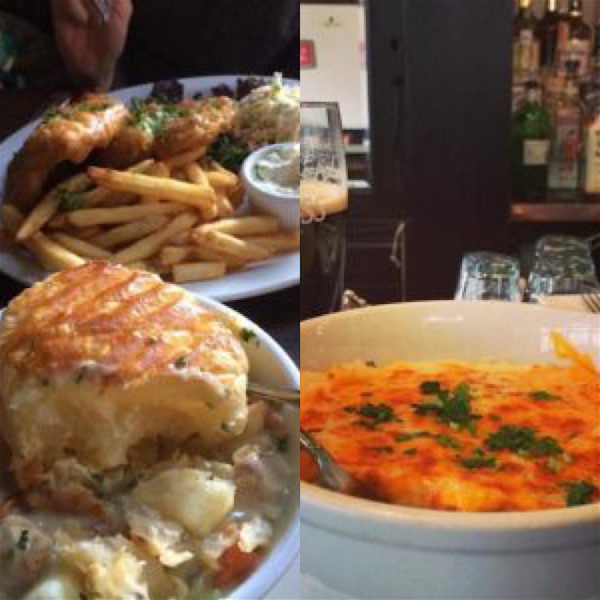