A sign for Stage Delicatessen is up at the former Artie’s at 2290 Broadway, between 82nd and 83rd Streets. This most likely means a number of scenes for season 4 of The Marvelous Mrs. Maisel will soon (or eventually) take place here. 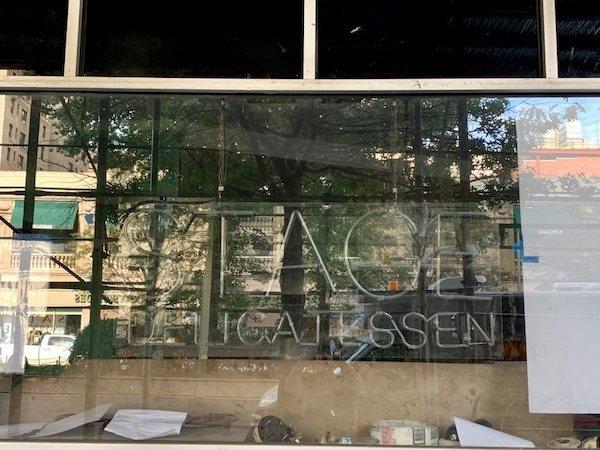 Throughout the first three seasons of the hit Amazon Prime series, Artie’s, which closed in 2017 after being an Upper West Side mainstay for 18 years, served as the setting for the Stage Deli, which was located on 54th and Seventh Avenue and closed in 2012, first opening in 1937 by Russian immigrant Max Asnas.

Over the years, they’ve also filmed quite a bit in locations within blocks of Artie’s.

Amazon announced it would be renewing The Marvelous Mrs. Maisel for a fourth season in late 2019,

It’s time for an encore. #MrsMaisel is returning for Season 4! ? pic.twitter.com/1f0V4oEXuB

According to an August 14 Hollywood Reporter article, “showrunners Amy Sherman-Palladino and Daniel Palladino acknowledge that they’re ready to go back when it’s safe.” Filming was originally planned to begin in the spring of 2020.

And in an interview with Glamour.com, a few hints were revealed by the show’s creators. These hints were vague, but certainly enticing.

The Palladino’s told Glamour that they’re “going to be telling the Maisel story slightly differently in the coming season,” and that season 4 will be “a little more open for us because we try to see a couple seasons down the line…because everything affects everything, so we’re trying to figure that out now.”

Shop at CraftNewYork at Damrosch Park at Lincoln Center