Home
Arts & Entertainment
Statue of Thomas Jefferson – Founding Father and Slave Owner – to be Removed From City Hall, Relocated to Upper West Side 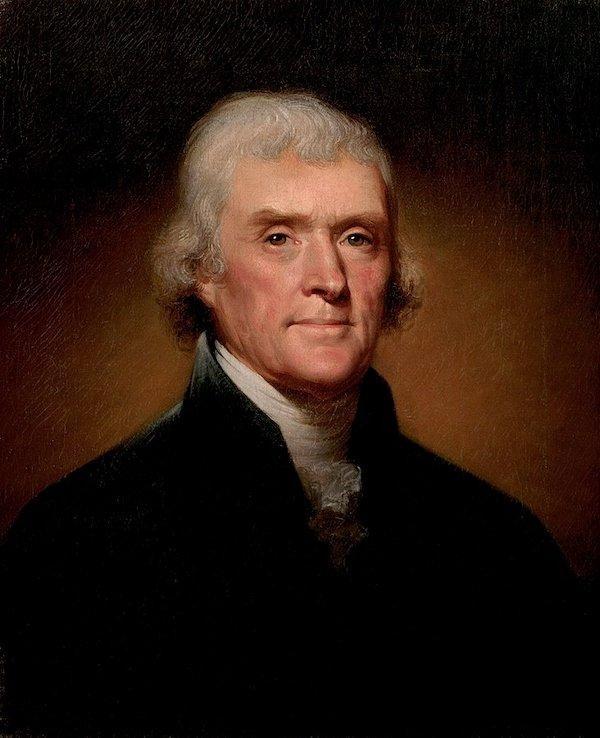 At an agenda meeting last month, the New York City Public Design Commission discussed the removal of the Thomas Jefferson statue from City Council chambers in Lower Manhattan, where it’s stood since 1834. The commission ended up approving this removal, and earlier this week, it voted to relocate the statue to the New-York Historical Society, located at 170 Central Park West between 76th and 77th Streets.

In mid-October, New York City Council’s Black, Latino and Asian Caucus – whose members have been opposed to the statue’s presence for a long time – released a statement saying that this relocation “has been years in the making,” highlighting the fact that Jefferson “held dominion over 600 African slaves, and likened the notion of their freedom from captivity to ‘abandoning children.’” Here’s the caucus’ full October 13 statement.

A new, November 15 statement from the Black, Latino and Asian Caucus reads (in part) that “We insist that the Administration, City Council, and New York Historical Society work in concert to expedite the statue’s removal from Council Chambers, and do so before the Council conducts its Stated Meeting of Tuesday, November 23, 2021. Each day it is allowed to linger there serves as a reminder to our members of the horrors perpetrated against Blacks and Indigenous Peoples by revered figures – like Jefferson – who were instrumental in America’s creation, but also known practitioners of slavery that espoused white supremacist beliefs.” Here’s that full statement.

We’ve reached out to a representative of the New-York Historical Society and were sent the following statement:

“As New York City’s American history museum, the New-York Historical Society collects, preserves, and interprets for the broadest possible public art, artifacts, books, and manuscripts documenting the nation’s past. Following the decision for it to be loaned to New-York Historical’s museum, the statue of Thomas Jefferson will be initially displayed in the main gallery on our first floor. After six months, the statue will be moved to a prominent location in our Library Reading Room, which is free and open to the public. In both locations, the statue will be given appropriate historical context, including details of Thomas Jefferson’s complicated legacy—his contributions as a founder and draftsman of the Declaration of Independence and the contradiction between his vision of human equality and his ownership of enslaved people—and the statue’s original purpose as a tribute to Jefferson’s staunch defense of freedom of religion and separation of church and state.”

A Rooftop Opera and More!