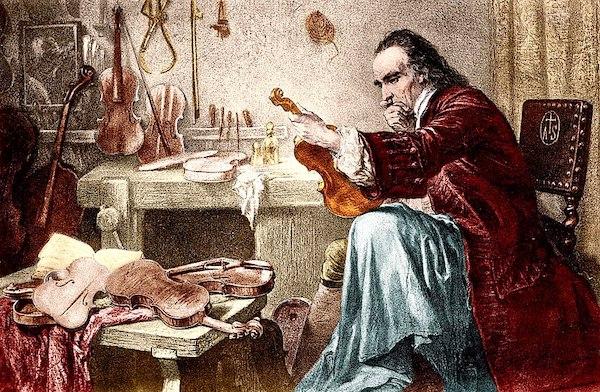 A Paris auction house. A million-dollar hammer price. An Age of Enlightenment Italian masterpiece gone missing. This might sound like the plot of the next Oceans movie, but it’s actually a 19-year, unsolved Upper West Side mystery.

On a warm spring day in April 2002, an 18th Century Stradivarius violin, created by master craftsman Antonio Stradivari, went missing from the showroom of a Lincoln Center area rare violin workshop and store, the NY Times reported at the time. It’s been missing since, despite a no-questions asked $100,000 reward, and investigations by both the NYPD’s Major Case Squad and renowned investigation company Kroll Inc.

Stradivari is believed to have crafted 1,116 instruments at his workshop in Cremona, Italy, a city in the Lombardy region. Out of all of his creations, 960 were violins – but only 244 remain, all of which have been given a name and often bear that of a previous owner. The golden brown Strad that went missing from local luthier Christophe Landon’s showroom in April 2002 is no exception.

Named after a Belgian violinist who owned it over 100 years ago, “Le Marien” was created at the height of Stradivari’s golden age in 1714. It was consigned for sale to Landon by Barrett Wissman, current chairman of IMG Artists, and went missing sometime during a 48-hour period without any sign of a break-in or lapse in the security system or showroom staffing.

The instrument was left on a table with seven or eight other violins for potential customers to inspect on April 9, 2002. Landon discovered Le Marien missing two days later. Unable to remember what he did with the Strad after removing it from his shop’s vault, Landon voluntarily subjected himself to hypnosis. However, this session yielded no clues.

Le Marien, one of the rarest violins in the world, was sold in Paris, France to Landon on Wissman’s behalf by the Drouot auction house in 1998 for 5,600,000 French Frances, or approximately one million U.S. dollars. Landon likened Le Marien to a Rembrandt and valued it at $1.4 million. Despite its hefty price tag, Landon called it a lemon because it had a big hole in the middle and produced a less than pleasing sound.

Wissman disagreed with Landon’s estimate and believed the proper valuation was $4 million. Despite a July 2002 insurance payment to Wissman of $1.9 million, he sued Landon and his Upper West Side store in October 2002 for damages up to $4 million. Court documents from January 2003 show that the lawsuit was dismissed with prejudice after the parties “reached a settlement of all issues.”

At the time of this publication, Landon, Wissman, NYPD’s Major Crimes Unit, and Kroll Inc. could not be reached for comment.