As part of NYC’s Open Culture initiative, which has expanded Open Streets to performing arts organizations, West Side Comedy Club has announced upcoming performances of “Curbside Comedy.” These outdoor performances will take place on 75th between Broadway and Amsterdam, where the comedy club is located (201 West 75th Street) from April 21-24. Each performance will take place at 7:30pm, and masks and social distancing will be required. 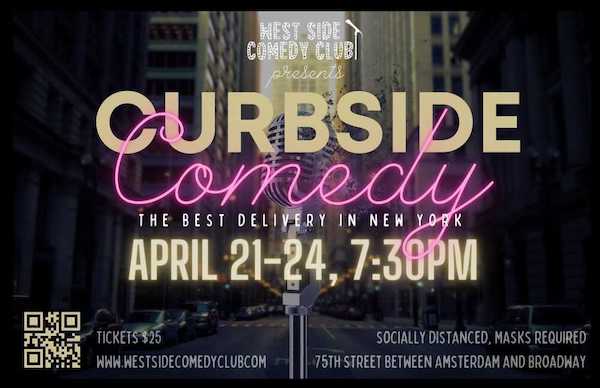 This will be West Side Comedy Club’s first event since they had to close in March 2020.

Here’s the lineup of performances:

Tickets can be purchased for $25 here.

Make Music Day on the Upper West Side: 12 Free Concerts in One Day!