Home
Food & Drink
The Days Are Numbered At Telio 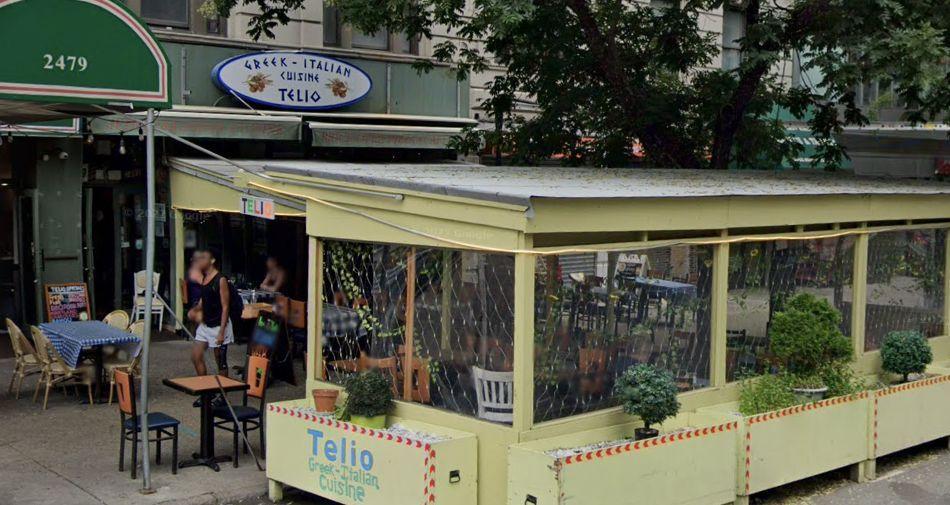 Telio — a longtime favorite serving Greek, Italian and American plates — is preparing to shutter its restaurant at 2481 Broadway between West 92nd and 93rd streets. Opened in 1990, owner Yianni Berbeis tells us their rent is nearly doubling, which will no doubt push them out unless something is done.

This news comes just days after our very similar report about Andy’s Deli on Columbus Avenue, where the rent is set to increase from $18,000 to $36,000.

When asked how much time Telio has left, Berbeis told us, “We thought we had until the end of the year, but now it’s looking like it could be the first week in November.”

This isn’t the first time Telio has felt the squeeze financially. A 2019 story by CBS New York details, “The kitchen is busier than ever at Telio on the Upper West Side, but that doesn’t mean the Greek restaurant is seeing a surge in profits. The owners said the only thing that’s increasing is the fees to use Grubhub.”

Berbeis disclosed that in 2018, he paid $30,000 to delivery apps Grubhub and Seamless, where 80% of their delivery business was coming from. Despite the fees, the restaurateur admitted, “You can’t deny it. If you take them out, you’re going to close business.”

Berbeis also owns Perfecto Pizza right next door at 2479 Broadway, which has also been around for over 30 years.

Keep hope alive, Upper West Siders. Berbeis couldn’t say much, but he did mention that he’s trying to somehow keep Telio on the Upper West Side. Nothing is confirmed at this time, though.