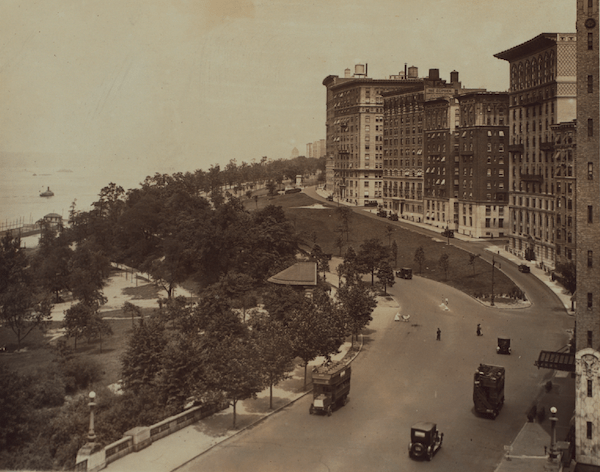 Odd, what’s gone. Take newsstands. Sprawling out from a minimal shelter for the vendor, green-painted newsstands were predictably located outside of subway entrances. Newspapers were stacked outside and magazines were stuck overlapping each other inside and on the walls of the shed. Candy, soda and heated glass-paned booths came much later.

Now, where to get a paper and why? I’ve been getting my news online for many years. Same thing with the phone booths that were set up on sidewalks every block or so. In the 1960s, as neighborhoods got rougher, the phones were revamped to make them harder to vandalize. Pre-cell, from childhood, you would memorize an emergency number and carry a dime, later a quarter with you, just in case. As 96th and surrounding streets got rougher in the ’60s and ’70s, you just picked your street and avoided crossing Central Park.

On Saturday nights, my family would pick up a hefty Sunday Times at the newsstand on 96th and Broadway. From about age 8, I was the person in charge of scrutinizing the real estate  listings under “apartments for rent,” in the hopes of finding a new, larger place to live. This was something that would take years to realize.

Alan Chartock of WAMC, an affiliate of the NPR network based in Albany, grew up at 50 West 96th Street. Recently, he recalled his local newsstand. “Well, there was one on Central Park and 96th. The guy running it was Harry Trachtenberg. When I took the subway and asked for the Times or Trib, he would try and get me to take the Daily Worker! We read five papers in our house.”

Since Chartock could pull up memories so well, I asked him, “Do you remember Andre’s, the French bakery on 96th Street just off Columbus going toward Central Park West?”

He didn’t even take a minute to answer. “Indeed I do! Right near my building. My mother worked many jobs and always bought home boxes of frozen blintzes from Andre’s. I remember the owner lady’s face very well. The hard rolls were the best I ever had. Eclairs were the best ever!”

Down the block on the other side of the street, the family-owned Plant Shed Flowers has been located midway between Broadway and Amsterdam Avenue for over 30 years. It seems always to have been there. But in the 1960s, my mother bought long stemmed roses at a bargain price every Friday from a street vendor at the corner of Broadway and 86th Street.

Many older West Siders remember The Riverside and Riviera Theatres topped by Japanese Gardens. Somehow my attention was not so much on these particular movie houses, but on a very small hosiery shop squeezed in between them. Hard to imagine, but this was before pantyhose, and my high school friends and I went there to buy lace stockings. It was a sort of funky 60s look. 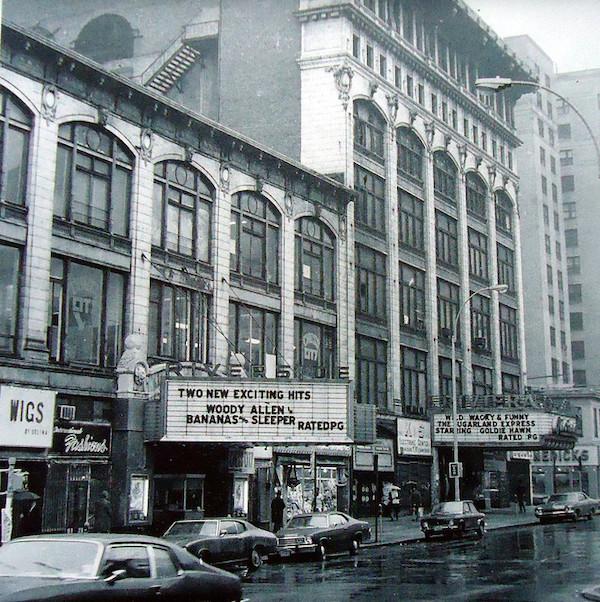 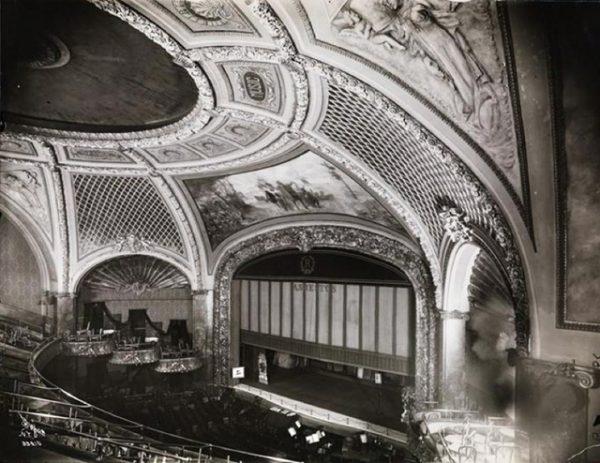 Inside the Riverside Theatre at 2561 Broadway. Photo c/o cinematreasures.org

But even before that, I would go with my mother to make her carefully considered purchases from the shop between the theaters. The whole process was a ritual. The first question was “With seams or without?” Nylons came neatly folded, wrapped in a sheet of tissue and stacked three pairs to a slim, shiny box. The salesperson would inquire about size and color, open the box and slide a hand gently into the stockings so the customer could see how it would look when worn. Rarely was the first trial acceptable. This could go on for some time.

On the other side of the street was the Senator Cafeteria. This was an out-of-the-depression to mid-century style restaurant where a ticket was dispensed at the door and punched according to the customer selections. Although I liked the big baked apples in cherry syrup, this wasn’t my type of place. But my father did love it. After a lunch there we sometimes went bowling upstairs at Hess’ Pool Hall and Bowling Alley.

I.B. Singer was very well known at The Senator and he based a number of short stories on the people he met there. A 1980s movie was made from his short story called “Cafeteria.” Just rounding the corner was the mysterious old IRT Substation, one of eight original substations that powered NYC’s early subways. It has long been unused. Now, it is set to be converted into a new apartment building.

At the corner of West End Avenue, The Paris Hotel went through a seedy decline before a more recent revamp. But, it was known to have the luxury of a health club and swimming pool.

Getting out of the city in our old green Chevy, we always stopped just before the 96th Street entrance to the West Side Highway to fuel up at the indoor gas station. I always liked starting our trips at 96th Street and returning late at night, to look out across the Hudson to the lit up roller coaster at Palisades Amusement Park.

L’Occitane Sued For Back Rent Payments at UWS Store