In theory, the process known as urban renewal is meant to be a good thing, its stated goal of giving vibrance and opportunity to blighted sections of any given city with the promise of bigger and better to displaced residents. In reality, urban renewal has come to represent a transparent money-making scheme and a means to stop “white flight.” The process has traditionally evicted low-income individuals and then cruelly made their lives harder when the promises of the new life failed to be provided.

Power reigns supreme and it is regularly fueled by money. Money talks and it does so at the expense of those with little power or capital. The examples are endless. It is evident in business, education, justice, and opportunity. An example close to home is the area of the Upper West Side formerly known as Manhattantown – now known as Park West Village. 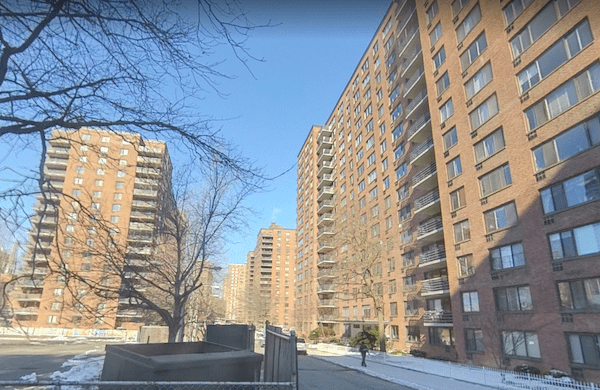 Manhattantown was “a small black enclave in an otherwise all-white neighborhood” on 98th and 99th Streets, extending from Central Park West to Columbus Avenue. Home to composer Will Marion Cook, opera singer Abbie Mitchell, James Weldon Johnson, Arthur A. Schomburg, Rosa Guy, Billie Holiday, and a restaurant Holiday’s mother owned on 99th Street, the close-knit community was the product of black real estate entrepreneur Philip Payton Jr.’s efforts. Payton, now known as the “father of Harlem,” owned and managed multiple buildings on those blocks. He sought to end housing segregation and was successful in doing so. Manhattantown was one of the first communities that “broke the color line on 99th Street in 1905.”

The community thrived until 1949 when President Truman signed the Housing Act into law and thereby empowered local governments with virtually unchecked powers of eminent domain through a process termed urban renewal. In response to the new law, Robert Moses formed the New York City Slum Clearance Committee and set about demolishing numerous communities that he deemed to be “slums.” What Moses really did was engage in a corrupt conspiracy of political favors, siphoned off money to his cronies, and wantonly destroyed powerless local communities for monetary gain.

Manhattantown was one of Moses’ first urban renewal targets, “largely on the basis of median household income but not because of any slum like condition.” He “wielded his power to condemn six square blocks of this remarkable neighborhood, containing 338 apartment buildings and 3,628 families. The total appraised value of this property was $15 million, but the ‘reasonable bid’ Moses accepted for its ‘renewal’ was just $1 million, from a company run by Samuel Caspert, a corrupt Democratic Party operative, who promised to build a wonderful new housing complex, dubbed ‘Manhattantown’ in five years.”

Caspert was labeled as a visionary by his family. Perhaps, in the 1950s, visionary meant someone completely unqualified and incompetent to take on the responsibility of a large-scale real estate project. Caspert was an auctioneer and appraiser. He was not a developer or an architect. He was not a builder and did not have a background in construction. He held no qualifications in the related field of real estate, or ironically, urban renewal. But he was Moses’ friend, and that was all that mattered, regardless of the cost to the “slum” communities.

Manhattantown was not a slum when it was marked for obliteration. Moses and Caspert made it one. In five years, Caspert managed to build only a parking lot at Manhattantown. He tore down small sections of vacant property, creating rubble and jagged edges reminiscent of the destruction of World War II. He refused to make repairs or offer necessities like heat and hot water to the tenants who had not yet evacuated. He kept the front doors of the apartment buildings unlocked, thereby willfully creating a dangerous situation for those who did not have the means to move to a new home. Caspert did all of this while he continued to collect rent from the remaining residents.

The evicted residents of Manhattantown “were promised comparable living arrangements and ‘preferential status’ if they applied for new apartments. In reality, as with most of Moses’ projects, this was just a lie. Little or no effort was made to find the evicted residents a place to go, and none of them could afford the nice new buildings of Manhattantown – provided they ever got built. In other words, the ‘slum-dwellers’ who urban renewal was supposed to be all about, would get nothing and lose everything.”

In 1954, in a hearing before a U.S. Senate committee, “Caspert and company admitted that 280 of the 338 buildings they were supposed to have demolished already were still standing, and that their inhabitants were still being charged rent. It would also come out that the company was not even paying city taxes on the properties.” Despite these admissions, Caspert was never held accountable for his misdeeds and mismanagement. Neither was Moses.

As is too often the case, those without power, money, or connections paid the price for those with the balance of it. The former residents of Manhattantown were shamed into the misnomer of “slum dweller” while Caspert and Moses largely escaped the accurate title of slumlord and slum creator. Manhattantown’s former tenants were the ones forced to live in deplorable and unsafe conditions, otherwise compelled to leave the only home they knew.

An article from Portside.org specifies that “In all, [Moses] would demolish some 2,000 city neighbourhoods to these ends, throwing at least 300,000 people – and probably many more – out of their homes. As Robert Caro points out in his magisterial study of Moses, The Power Broker, while only some 12% of New Yorkers were listed as “non-white” in the 1950 census, at least 37% of those evicted by Moses’ projects were minorities.”

The prior site of Manhattantown is now called Park West Village and stands with seven red-brick slab towers that were not built by Caspert. Though Manhattantown was obliterated at the hand of dirty political dealings, the legacy of the community lives on. The former residents call themselves “The Old Community” and meet at an annual reunion to reminisce about the pride still present decades later, writes Thirteen.org.

Sung Heroes of the Upper West Side: Lydia Criss from West 68th Street