If you climb out of the 72nd Street subway station and head north, you’ll find yourself face-to-face with the Central Savings Bank building, now home to Apple Bank.


Built in 1929, the building is impressive from the outside, with massive limestone blocks providing an imposing contrast to the ornate Ansonia across the street. Most people might glance at the time and temperature displayed near the top of the bank and move on.

But if you have a moment, push through the iron doors to take in the beautiful interior. Inside, the 65-foot ceiling and the quiet, expansive room create an atmosphere similar to both Grand Central Terminal and a cathedral. 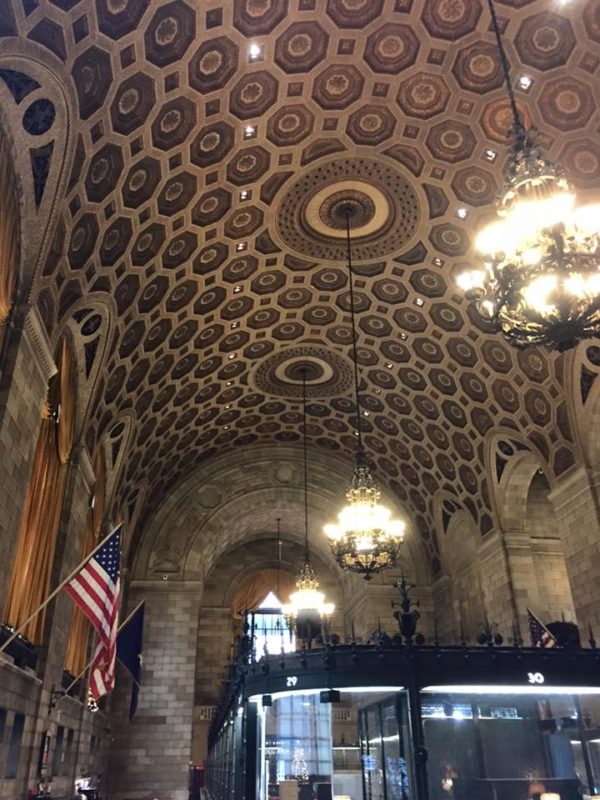 Founded in 1859, German Savings Bank was a prominent New York bank originally headquartered on 14th Street and 4th Avenue. The name was changed to Central Savings Bank during the height of World War I and the company continued to grow throughout the early 20th century.

When the decision was made to expand uptown, the bank hired architects Edward York and Philip Sawyer. The pair rapidly gained prominence throughout the 1920s and had just finished designing the Federal Reserve Bank of New York. During a time when people valued physical security in a bank, York & Sawyer were New York’s experts at creating vault-like structures that still stand strong today. 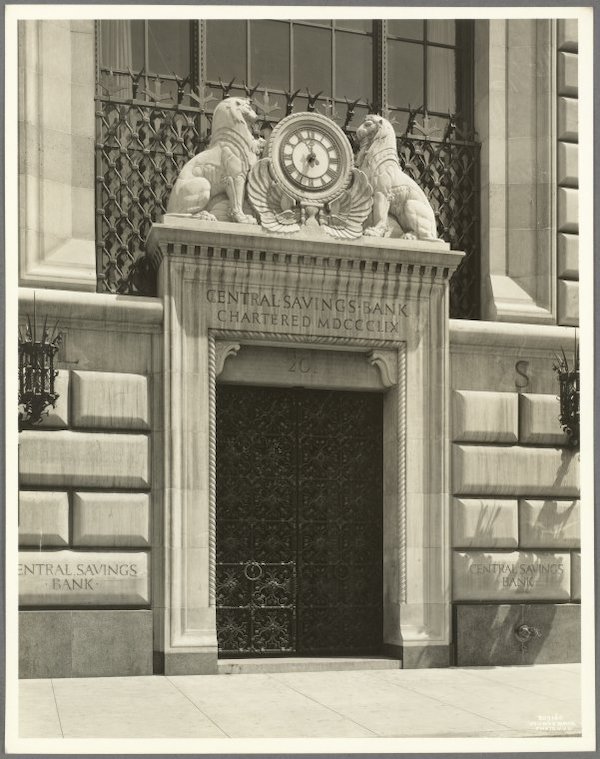 While York & Sawyer succeeded in creating a building that appeared hard to break into, they also added plenty of flair to their design. Two carved lions sit on top of the entrance and seem to guard the front doors. Inside, the arched ceiling was designed to be reminiscent of a palace in Florence.

Natural light pours through massive windows and onto the patterned marble floor. The tellers’ windows are surrounded by intricate ironwork designed by the same master blacksmith who created the lanterns and doors on the exterior of the building. The resulting structure was added to U.S. National Register of Historic Places. 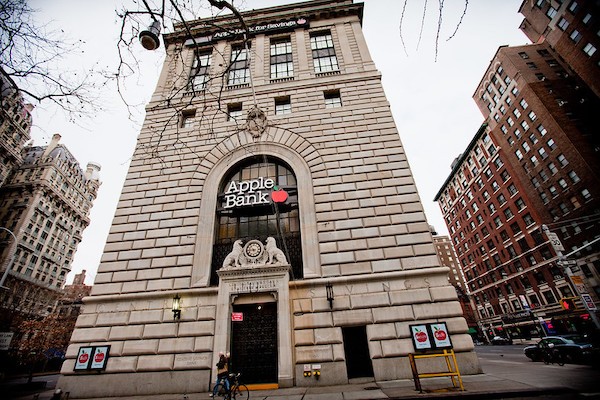 Although the building now sports the Apple Bank logo, a surprisingly large amount of both the interior and exterior is unchanged from its opening day in 1929.  In 2006, the bank executives’ offices above the main hall were converted into 29 apartments throughout the top four floors. Otherwise, the Central Savings Bank on 73rd Street remains as much a testament to old-world New York business as any of its more well-known colleagues on Wall Street. 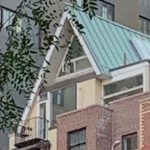 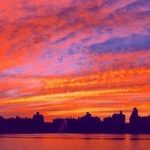