Home
Community
The Peacocks of the Cathedral 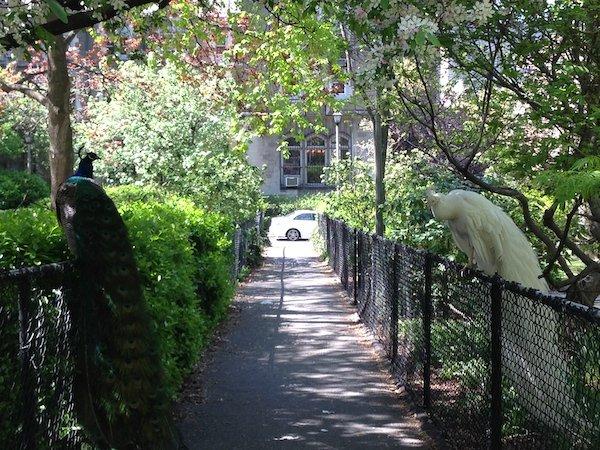 Harry, Jim, and Phil are peacocks who share one of the most magnificent homes in the world: The Cathedral Church of Saint John the Divine.

Peacocks have been housed at the Cathedral since the 1980s, when one of the trustees wanted to introduce something magical to the landmark location. At the time, the area where the Cathedral is located (112th and Amsterdam) was somewhat desolate, so the idea was to bring something spectacular to the gardens to attract more visitors. This became a huge success and people from all over the world came to visit them.

“When the peacocks first arrived, they were adult males and females,” explained Lisa Schubert, VP of Programing and External Relations for the Cathedral. “The Cathedral staff quickly learned that we just really couldn’t handle males and females together because in the breeding season the males are pretty assertive!”

Lisa told us that once the original peacocks grew old and were sent to a specialized sanctuary, the Cathedral was gifted with new, baby male peacocks and those are the peacocks that live there today. They are going on 21 years old! “They are now mature, senior citizens, and it is amazing,” said Lisa. 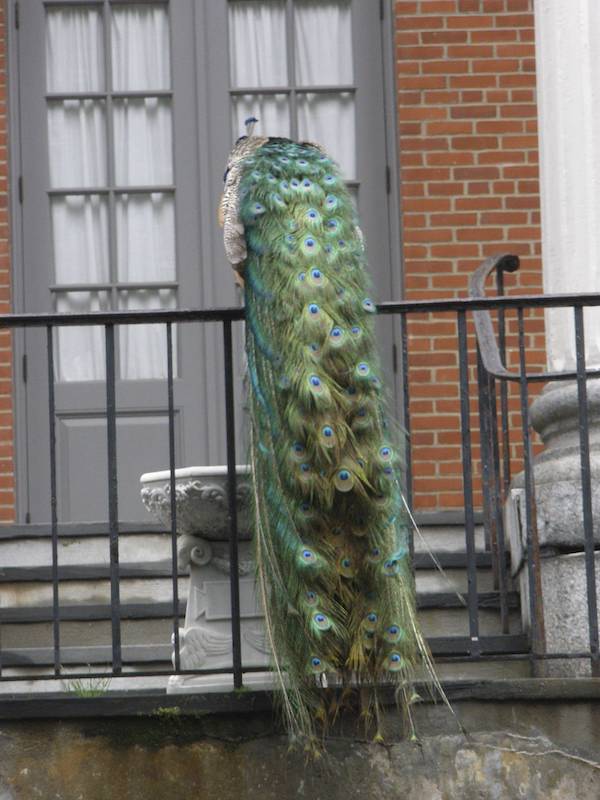 So where did Harry, Jim, and Phil get their names? They are all named after Deans of the Cathedral School. 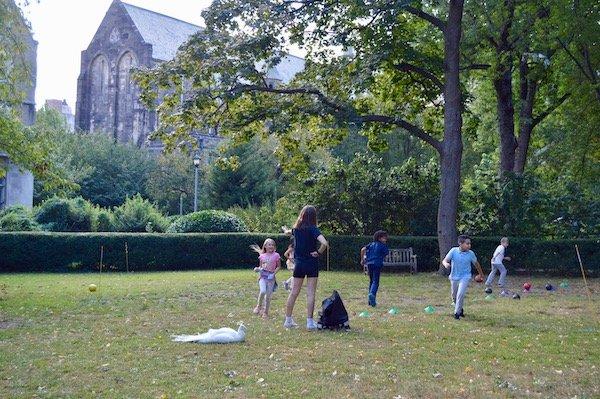 People still come from all over the world to visit the Cathedral and see the peacocks. Author Sean Flynn, who wrote the book “Why Peacocks,” visited the church after he became the owner of one of these beautiful birds. He wanted to learn everything about them, and the Cathedral was one of the stops on his educational journey. Lisa recommends his book for those who also want to learn more.

The peacocks also have regular visitors they look forward to seeing, especially when they have almonds. “They certainly recognize visitors, especially those who bring snacks for them. I carry almonds with me all the time,” Lisa said. And as far as diet, these birds get specially ordered, cream of the crop high proteins (though recently, the staff has discovered that these birds really love to eat cat food).

Unfortunately, Jim has a bad foot that requires lots of care. He receives VIP treatment at the Center for Avian Exotic Medicine, where he’s spent most of his time over the past year following foot surgery. But thankfully he’s back on the property for visits now. Lisa explained that the peacock’s feathers won’t be in full bloom until Christmas, at which time they’ll be spectacular.

ANIMAL SIGHTINGS ON THE UPPER WEST SIDE

Each peacocks has his own distinct personality.

Phil, the white peacock, likes to perch himself way up on the balcony of the textile conservation lab. 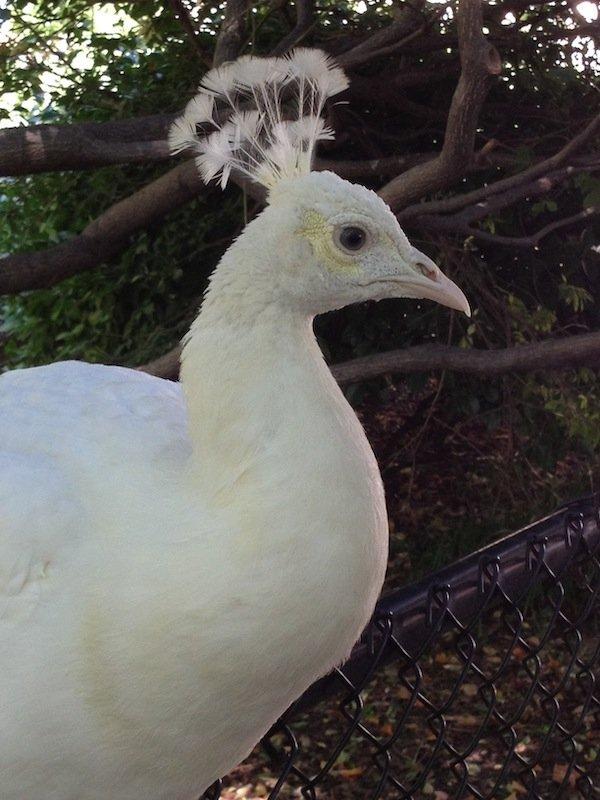 Jim is the one who has a sore foot, and has a harder time getting around, so he prefers to hang out by the garage. 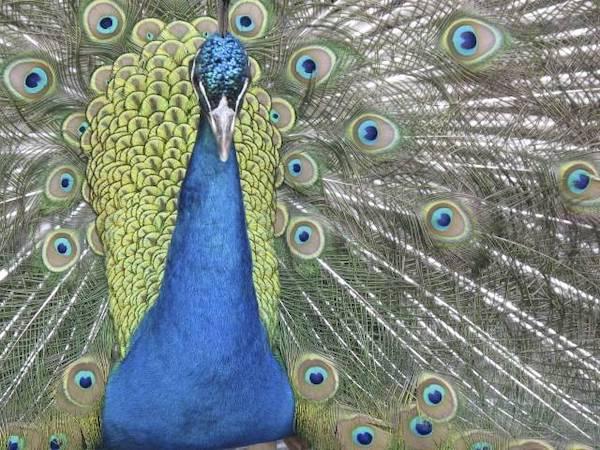 “When Harry marches through, the others will move aside. He sort of wants to be in charge. If he knows you have almonds he will make sure he gets them, unless he approves of giving them to the others!” said Lisa. 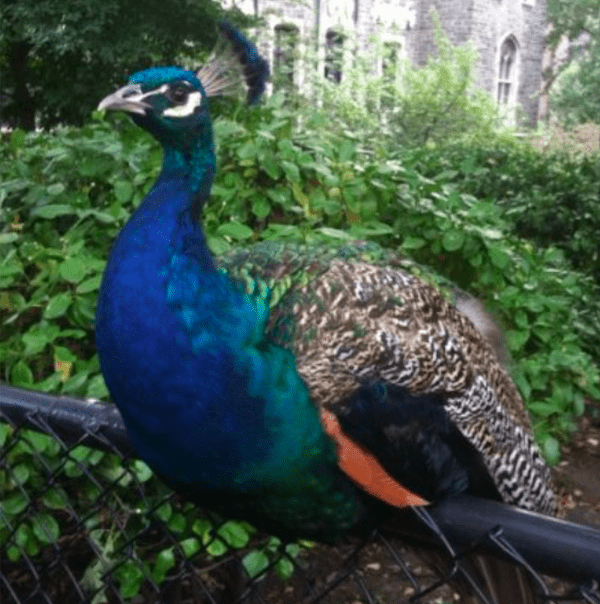 The Cathedral, which is the largest in the world, is now open for visits, and has many wonderful programs our community should be aware of. This includes its soup kitchen, which never shut down during COVID and fed up to 400 people a week. When people come to see the peacocks, it also helps support their mission to help and serve others.

The Cathedral is also well known for its annual Blessing of the Animals, where you can see a whole lot more!

For more information on visiting the church, please visit stjohndivine.org.