On the morning of January 31, 1923, a milliner named Hattie Fredericks was putting hats on their stands, at The Bonnet Shop at 2190 Broadway, when, according to the NY Times, a muscular thug entered the store asking if she wanted the windows washed. She said, “no.” While in the shop, he saw that she had left her purse lying on the floor. He grabbed it. When she snatched it back, refusing to give it up, he took out a wire wrapped club from under his coat and beat her on the head with it. She lost five teeth.

Her cries for help “brought people from all directions.” A doctor was found to treat her. The mugger ran around the corner of 78th Street heading toward Amsterdam Avenue. “Behind him ran a score of pursuers lead by Policeman John Galligan of the West 68th Street Station.” Galligan fired five shots and the culprit was caught crouched in the hallway under the stairway of a building. He was arraigned at the West Side Court and held in default of $10,000 bail for action by the Grand Jury.


Within a year or so, life at that 2190 Broadway address was looking better after a young French milliner named Lilly Daché passed by and saw a “Milliner Wanted” sign in the store window. Daché started working at the hat shop, and she and fellow milliner Hattie Frederick became friends.

Creative, with skills under her belt from an apprenticeship in France, Daché must have been encouraged when her first hat, made of blue floor scraps, was purchased not long after it was put on display. Ambitious to put her career on a faster track, Daché took a job at Macy’s in the “better millinery” department. But, after just six weeks, she returned to the UWS and The Bonnet Shop. She and her friend Hattie Fredericks then decided to buy out the owner who was putting the business up for sale. In 1926, giving a deposit of $200, they purchased the shop.

Apparently, Daché soon bought out Fredericks as well. Broadway between 77th Street and 78th Street at the time was fairly bustling. The Hotel Belleclaire was across the Street. Down the block from the store, the 77th Street Theater attracted crowds, and a Horn & Hardart retail shop was located next door. 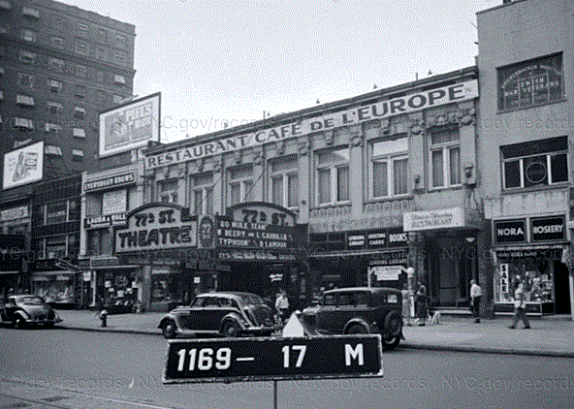 The 77th Street Theater – Marquee and entrance in Municipal Tax Photo (1940) – via cinematreasures.org

But it was not a fashionista hot spot. It was not glamorous. And, glamour and fame were what Lilly Daché wanted. She was as artful in her hat designs as she was in arranging and promoting the details of her life and her views about the importance of diet and fitness – looking and feeling good. In 1928, she moved her expanding business to midtown. Daché married Coty Executive Jean Despres in 1931 and the couple lived at 55 Central Park West until 1935.

By 1936, she had announced plans to move her business to a modernistic building with lavish interiors. She commissioned the design and construction of a building at 78 East 56th Street, which included a penthouse duplex where she and her husband and daughter lived after it was completed more than a year later.

Daché was now the queen of hats in an era when women rarely went out of the house without wearing one. But, hers were very expensive. The snood (knotted or crocheted hair net) and turban as refined by Dache were trend-setting. Today, when vintage is valued, hat enthusiasts know and love Daché’s exceptional creativity and style. Her hats ranged from an artful use of a bit of well-placed lace, veil and straw, to an extravaganza of flowers and feathers. Photos of Daché and her beautiful hats appeared on the covers of Vogue, Harpers, Life Magazine and many more. 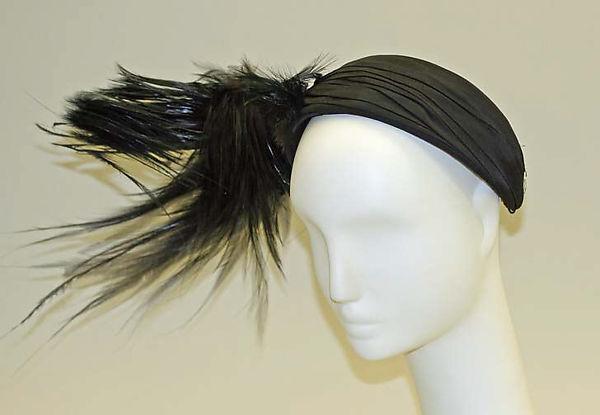 Unquestionably, Lilly Daché’s instinct for PR helped her became a fashion mogul. She knew that displaying a dramatic, extravagant lifestyle was as important as treating her famous customers with care. She posed for many photographs: packing for trips to Paris; placing one of her designs in a time capsule; seated at the New York Public Library Archives examining photos of ethnic headdresses for inspiration; custom wrapping turbans to complement the shape of a particular woman’s face. She was charming and certainly, not bashful.


Among her famous customers were Marlene Dietrich, Katherine Hepburn, Carole Lombard and Eleanor Roosevelt. Ginger Rogers wore a Daché hat with her wedding dress at one of her numerous weddings, and Dolores del Rio was famously photographed wearing a signature concoction; a sort of turban topped by flowers and feathers. Some of Daché’s relatively minimalist styles are part of the MET and other museum collections. The actress Loretta Young bought Daché’s last 30 hats after Daché retired in 1968.

After closing the business, Lilly Daché and her husband split their time between France and Delray Beach, Florida. Daché died at age 97 in 1989. Out of print copies of her books “Talking through My Hats” (1946) and “Lily Dache’s Glamour Book” (1956) are treasured by Daché fans. 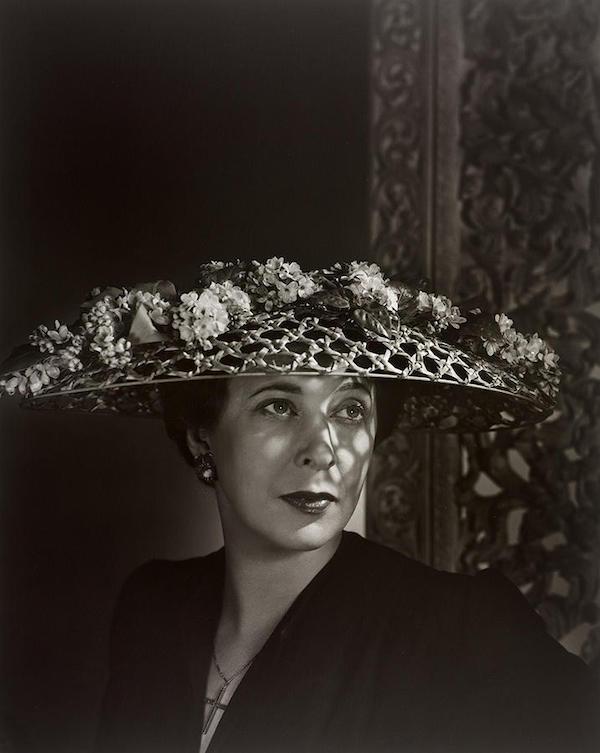