The Silver Palette was a super sophisticated gourmet shop when it opened on the Upper West Side 44 years ago. The culinary innovations, captured in its cookbook, are still cool today.

The essence and distinction of the enduring Silver Palate recipes were that they were not time consuming to prepare, but tasted as if they were. And, they stood out as unusual combinations of familiar items like prunes, olives and capers, blueberries and vinegar.


This was before dozens of different olive oils and raspberry vinaigrettes were common on supermarket shelves.  Owners of The Silver Palate, Sheila Lukins and Julie Russo, were very adventurous, incorporating items like arugula, pancetta and pesto, then uncommon, as pantry staples. As noted in Lukin’s 2009 obituary in the New York Times, they veered away from French cuisine, which had earlier been the undisputed model of culinary distinction. Instead, they embraced influences from other cultures like Italy and Spain, and those more distant borrowings, before this pretty much unknown, like peanut mayonnaise noodles from Asia.

This was at a time when neighborhood stores did not carry huge varieties of specialty mustards flavored with wine, honey or unusual spices, or intriguing combinations of fruit preserves.

The openness to culinary experimentation and appreciation of meals that are beautiful to observe and satisfying to consume have become part of the foodie approach to life. It’s also taken for granted that healthy options are desirable. In the 1970s, zucchini pickles and spicy carrot bread were new to NY, and, “Cooking with brie, really?” Garlic was known from complex French and Italian recipes; garlic bread, yes, but how to use it in something prepared for guests after a hard day’s work at the office?

BACK IN THE DAY: TAVERN ON THE GREEN

The Silver Palate offered a range of flavorful, artfully but not pretentiously displayed, unusual dishes from its small store at 274 Columbus Avenue, on 73rd Street, and later sold some items at Saks Fifth Avenue. Think the perfect, offbeat and stylish gift to bring when invited to dinner, or a chic weekend picnic. The two women who owned and managed The Silver Palate first published the Silver Palate Cookbook in 1982. Millions have sold and it’s still available online. The shop closed in 1993. 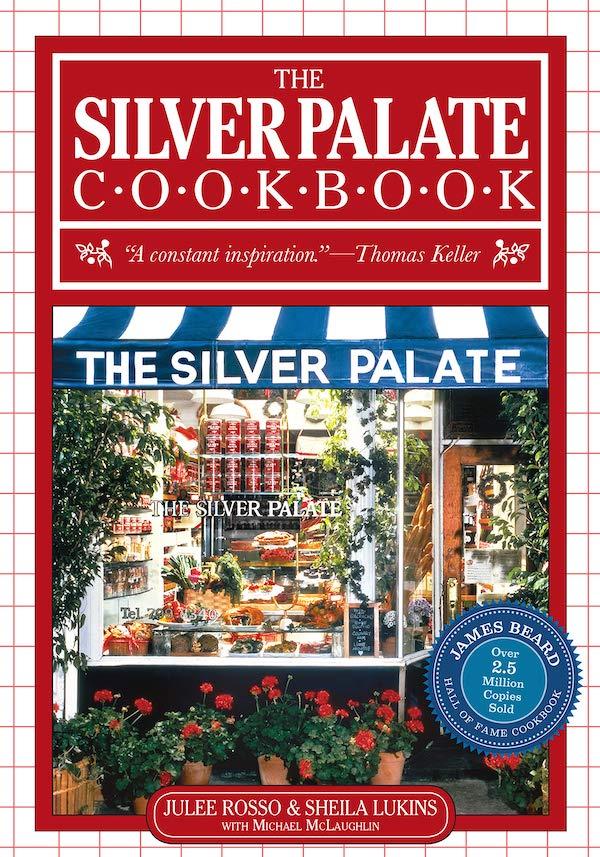 Four years ago, on the Silver Palate Cookbook’s 35th Anniversary, the editors of Bon Appetit weighed in with their memories of personal favorites. One was the Chicken Marbella, which involves chicken and olives. In promoting the cookbook, another popular recipe, Duck with 40 cloves of garlic, was described by Russo as “Not for garlic lovers only.”


Many, many people recall The Silver Palate shop and cookbooks as milestones in their personal route to sophistication, entwined with appreciation of the nuances of food flavors and preparation. They continue to enjoy the associations evoked by memories of what The Silver Palate meant in their lives. Writing in the Seattle Times in 2007, for example, Food Critic Nancy Leson wrote “And there on the same page is the pasta that said ‘summer’ to me the first time I tasted it, and says so every summer since: Linguine with Tomatoes and Basil made with fresh ripe tomatoes, simply tossed with basil, linguine and (ooooh, baby) a pound of brie.”