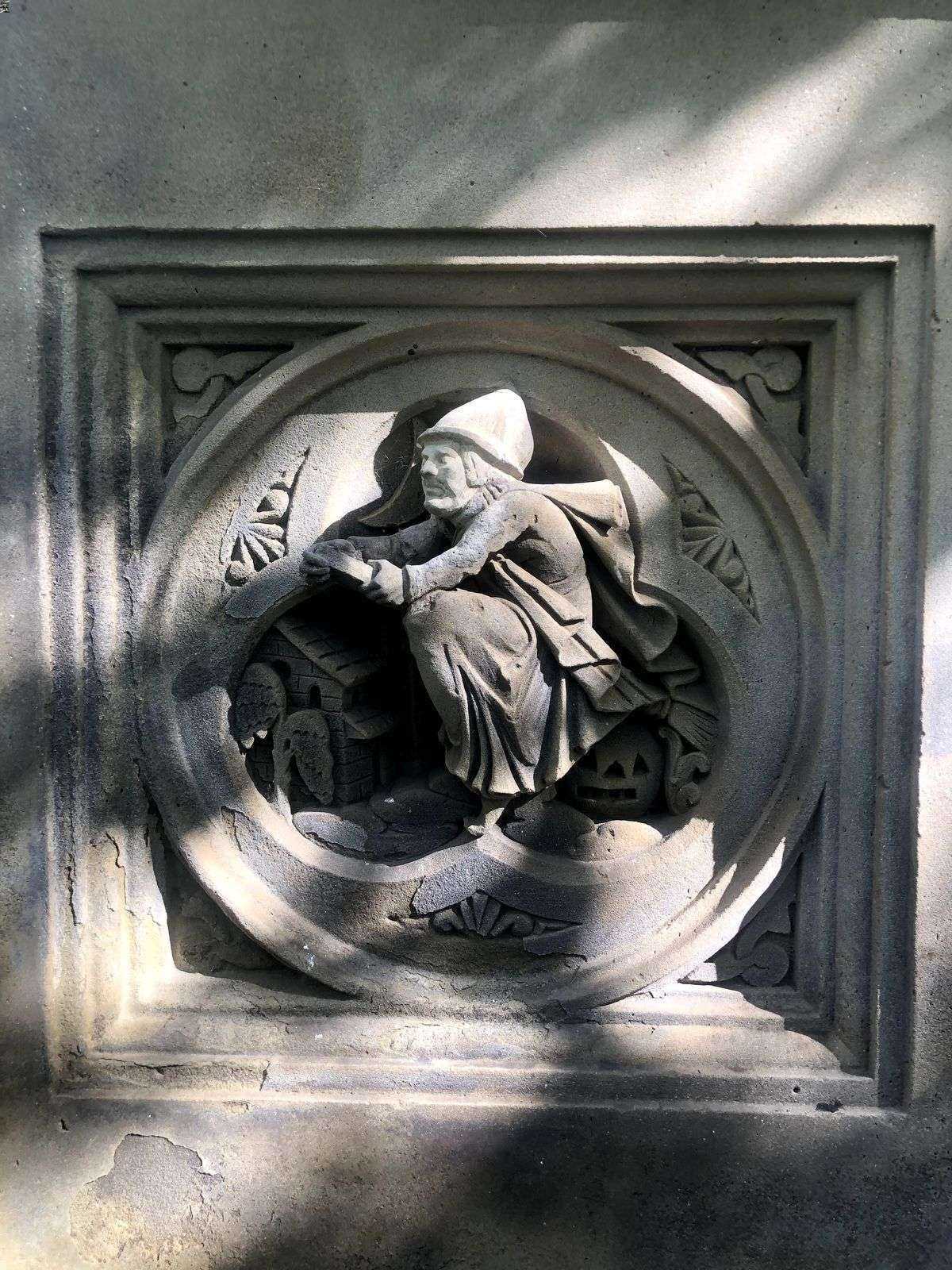 With so many captivating sites, it’s easy for Central Park’s finer details to go unnoticed, especially for those who are new to the park. Take Bethesda Terrace — an iconic, two-level haunt with so many stunning visuals and moving parts: from the fountain to the lake to the boats, the Minton Tiles are easy to get sucked into. Then sprinkle in the people and it’s easy to miss the carving of The Witch.

Bethesda Terrace’s stonework is textured with sculptures, each one unique. There’s a mix of abstract and literal carvings, which creates an interesting atmosphere. It’s feels a little like you’re in Alice in Wonderland, which makes sense since Alice and her friends have a large bronze sculpture in the Conservatory Water section of the park. Its dedication came in May of 1959.

But before Alice, over 150 years ago (circa 1862-1864) came The Witch. The designer of the stonework was an English immigrant named Jacob Wrey Mould, who in 1868 was described by British magazine The Builder as “brilliant, accomplished, ingenious, erratic.”

“Bethesda Terrace Arcade is the arched, interior walkway in the center of Central Park that links the Mall to Bethesda Fountain and the Central Park Lake,” details a Central Park visitors’ guide.

Remember those Minton Tiles from earlier? That was by Mould’s design: “a stunning tiled ceiling with more than 15,000 colorful, patterned encaustic tiles from England’s famous Minton Tile Company. These elaborate tiles were originally used on the floors of European cathedrals.” This is the only place in the world where Minton Tiles are used as a ceiling. 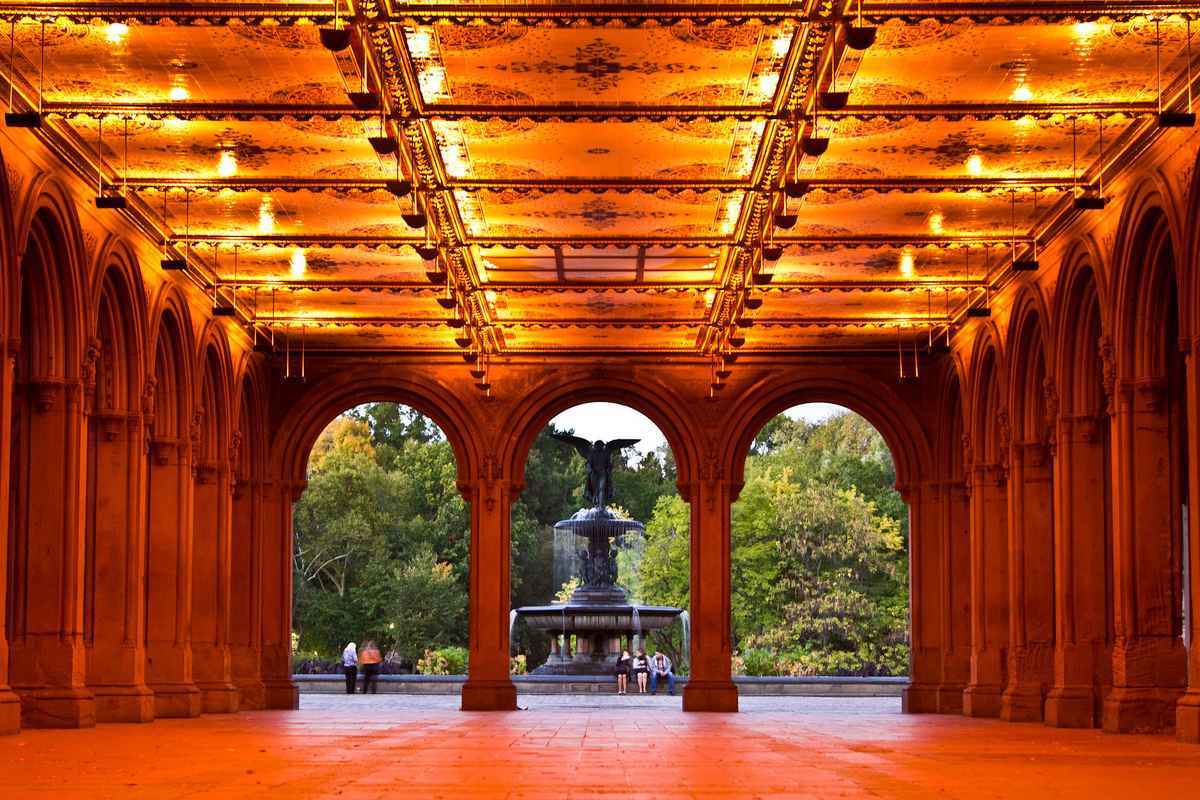 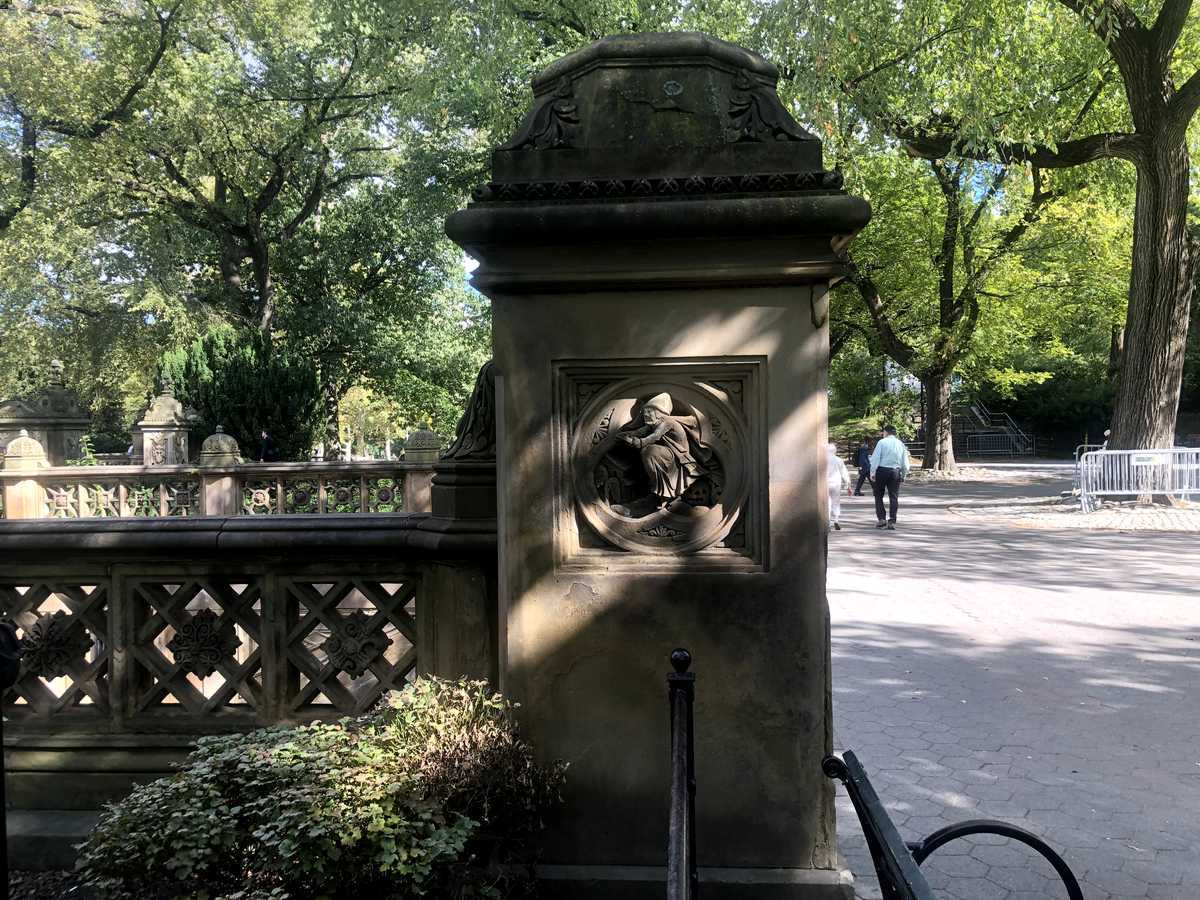 Why west? Well, Mould was a crafty character. Look around and you’ll see carved scenes that symbolize different times of the day. The thematic flip side of The Witch sits at the eastern face of the eastern post. There is the scene of a sunrise over the ocean.

There’s been debate if Mould was using The Witch to symbolize Halloween since there’s also a jack-o’-lantern carved in the mix.

More likely, it was Mould being the mad scientist he was known to be: having fun with a strong way to represent polar opposites of the dark of night and the light of day.

Winter’s Eve is No More: Here’s What’s Happening Instead This Year

Movie Theaters Can Reopen Next Week