In a March 25th, 2020 Conde Naste Traveler article “The Ultimate Guild to Armchair Travel,” Meredith Carey writes, “Some days, you can wake up, trundle into a Land Rover, and bounce over the savannah, on the hunt for leopards, elephants, giraffes, hyenas, and more on safari. (There are usually gin and tonics at the end.) Other days, you wake up, roll over, and travel without leaving home by watching it unfold on your laptop, narrated in Sir David Attenborough’s dulcet tones. (There may also be gin and tonics at the end.)  It may not be the same kind of travel—but reading, watching movies and TV, virtually exploring the world’s museums, and even simply dreaming of your next trip can transport you almost as far, or at least inspire you to start actually planning a trip.”

Virtual travel’s many possibilities have also been explored and promoted by other publications and cultural venues. Years prior to virtual, and  still today, armchair traveling may be accomplished by reading books. More specifically, a special twist is available via mysteries set in foreign places. Upper West Sider Lawrence G. Blochman (1900-1974), who lived at 370 Riverside Drive at 109th Street, was a specialist in this kind of writing.

His early career was not carried out from a Riverside Drive armchair or desk, but instead in the field, as a foreign correspondent for newspapers on far continents. After receiving a BA from the University of California at Berkeley in 1921, he worked for newspapers in California, and also, according to the NY Times, wrote for The Japan Advertiser in Tokyo, The Far Eastern Review in Shanghai, The South China Morning Post in Hong Kong, The Englishman in Calcutta, The Chicago Tribune in Paris and The Paris Times, as well as the Office of War Information in Europe and Voice of America.” He and his wife Marguerite married in Paris in 1926.

Mike Grost of Gadetection wrote that from 1927 to 1940, a number of Brochman’s books were set in India, but he also wrote about Japan, Indonesia and Central America. From 1941 through the 1970s, Blochman’s stories were largely murder mysteries set in the United States, including “Death Walks in Marble Halls” (1942), which took place at the NY Public Library Main Branch at 42nd Street.

Blochman wrote about 30 mystery and detective novels, plus numerous novelettes and short stories, TV and radio shows. A number of movies were made from his mysteries. Attention grabbing images on the covers of many of Blochman’s detective stories have titles like “Cholera at Bukit Batu” (1927), “Bengal Fire” (1937), and “Red Snow at Darjeeling” (1938).

Blochman was a translator for “Three Beds in Manhattan”, among other works by the iconic Belgian mystery writer George Simenon. Blochman received the Edgar Award for Best Mystery Short Story in 1950. 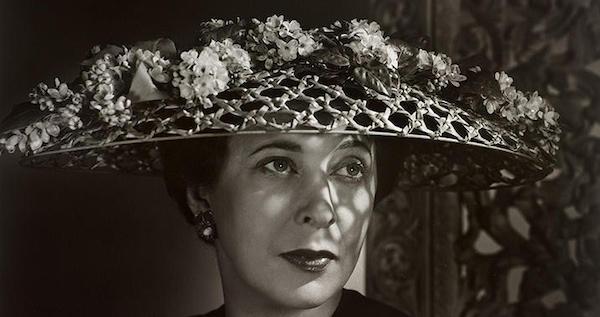 The Queen of Hats Launched Her Career on the UWS