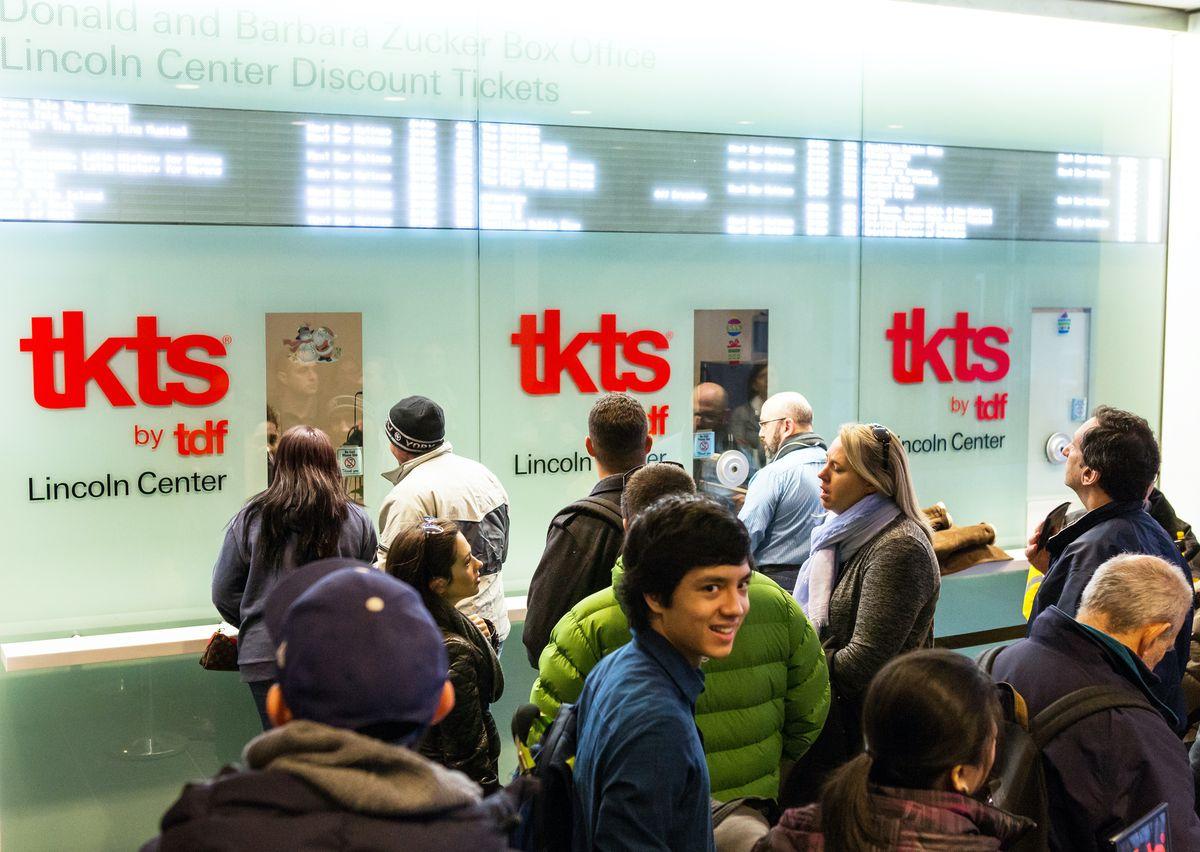 At long last, the TKTS Discount Booth at Lincoln Center has reopened. And just in time for Broadway’s (and Off Broadway’s) busy season.

The ticket agency moved into the Upper West Side in 2016 but was forced to shut its windows like most businesses due to the COVID-19 pandemic in March 2020. As NYTix wrote, “many fans had all but given up hope on a reopening.” This fear may have been compounded by the fact that outposts at the South Street Seaport and in Downtown Brooklyn remain closed and have been removed from the official TDF website.

TKTS offers steeply discounted tickets to a wide variety of Broadway and Off-Broadway shows with prices ranging from $42 to $124 per ticket (including service fees) for same-day performances or next-day matinees.

“All of us at TDF are excited to reopen TKTS Lincoln Center so we can once again serve local residents and visitors eager to get the best prices and locations to Broadway, Off-Broadway, and Lincoln Center performances,” TDF Managing Director Michael Naumann told Playbill. “The demand for tickets has been growing at our Times Square location as folks return to the theatre, so we felt this was the right time to reopen our satellite booth.”

The Lincoln Center booth is located inside the David Rubenstein Atrium between West 62nd and 63rd streets, with entrances on both Broadway and Columbus Avenue. Though TKTS does have an app that helps track availability, all ticket sales are old school, i.e. in person. Cash and all major credit cards are accepted.

A $7 service fee for each ticket purchased through TKTS supports the Theater Development Fund (TDF), a nonprofit created in 1968 to help what was “an ailing New York City theatre industry.” The organization has thrived since and “now provides support to more than 900 plays and musicals, returning upward of $2 billion in revenue to thousands of Broadway, Off-Broadway and Off-Off Broadway music and dance productions.”

The Lincoln Center TKTS booth is open Tuesday through Sunday from 11 a.m. to 6 p.m.

Rooftop Film Screenings at the JCC