Home
Community
Tony Schwartz & Sounds of the West Side

Tony Schwartz (1923-2008) was a multifaceted award-winning author, publicist, teacher and socially conscious ad man. He is particularly famous for devising the concept for the Daisy TV Ad, highlighting the threat of nuclear arms and calling for peace; this was used against Barry Goldwater in support of President Lyndon Johnson’s 1964 campaign for re-election.

Schwartz also made the first anti-smoking ad aired on TV, along with ads for fire prevention, AIDS awareness, educational funding and nuclear disarmament.

But, perhaps his most remarkable and original work was a decades-long project involving in many recordings for the Folkways Label. Initially, he used portable equipment to record on streets, sidewalks and at recreation and community centers. At the same time, he was recording folk singers for what eventually would become an important collection of music.

Schwartz explored and recorded mostly what happened in and around his own 10019 neighborhood, located just a few blocks from San Juan Hill, which would eventually be demolished under Robert Moses to make way for Lincoln Center. Describing his recording, “New York 19,” Schwartz said it “was the non-commercial musical life of my postal zone  … that was the area I could travel in. I have agoraphobia and in walking, could just go around my postal zone in the midst of Manhattan.” 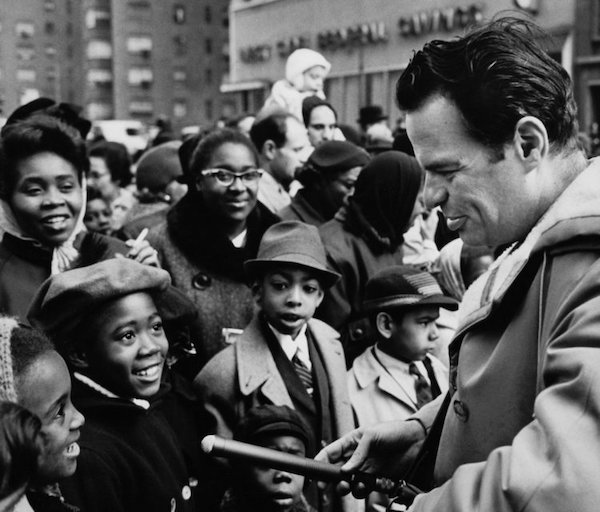 Notably, in the album Nueva York (1955), Schwartz recorded Puerto Rican immigrants who spoke both of the excitement of living in a new city as well as the frustrations and adjustments of a generally unwelcoming NYC. His dedication was extraordinary. Beginning in 1945 and for the next 31 years, Schwartz produced and hosted “Around New York,” a WNYC radio broadcast focusing on the sounds of NYC’s people. Photos show him interviewing candy store owners, politicians, children and others.

During the 1960s, Schwartz “recorded the folk songs and oral traditions of the many Italian, Puerto Rican, and Jewish immigrant residents of his area, reprising his documentary work of the previous decade.”

Schwartz presented his findings widely, though often through technology, as his agoraphobia made it challenging to leave his apartment. Despite this problem, he managed many productive educational sessions with NYC students. And, his efforts were appreciated. After high school students at the Walden School (formerly on West 88th Street – closed in 1988) participated in his neighborhood recordings as part of a sociological communications course, they voted Schwartz best social studies teacher. “I merely taught them how to document the life around them in sound and pictures,” said Schwartz.

Audio from the Tony Schwartz collection can be listened to on the Library of Congress website, here. 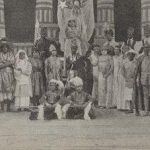 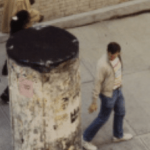 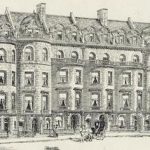 UWS Dogs Get Ready For Summer!