While most of us Native UWSers have seen our favorite local haunts shutter over the years (RIP Big Nicks), there are still a few that remain. Here’s my list of favorites from those who’ve been a fabric of our community longer than I have. These are the best full-service, sit-down restaurants that have been open since 1980 or earlier.

Luckily, we still have a few good diners left to slide into when looking for something to sop up whatever we had the night before. But Old John’s has history and enough dignity to put out the white tablecloths for dinner service. Serving up standard diner fare since the 50s makes it easy to imagine all of the scenes that have carried on in these booths over the years.

For me, it brings back memories of playdates with friends who lived nearby, and less savory behavior that started in the courtyard across the street after high school. Many local-residing celebs can be spotted here—sometimes with their secret girlfriends, but most recently their claim to fame was Spanish Chef Ferran Adria’s visit for some waffles in 2011.

Beyond the service and atmosphere, the prices here are super affordable for this tucked away UWS restaurant.

Suggested Eats: BLT on white bread & Chicken Noodle Soup. Treat yourself to an Egg Cream while you’re at it. 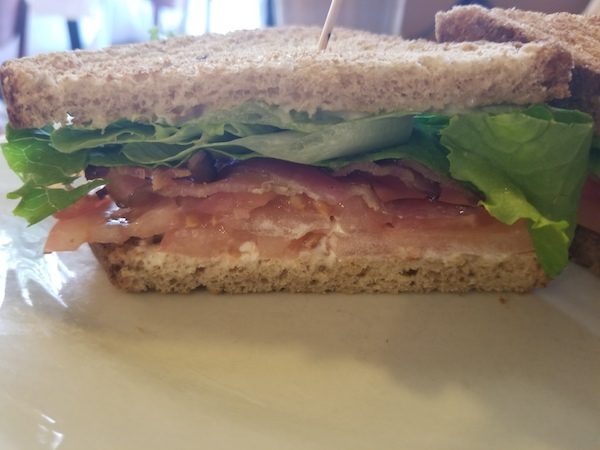 This is a legitimately old-school restaurant that’s managed to remain in this prime spot on the Upper West Side since 1951! Sitting across the street from St. John the Divine makes it a favorite for tour groups as it’s one of the few places that can accommodate them. And during the school year, it’s buzzing with Columbia kids who can afford a sit-down meal off campus.

When Vincent and Tony Curcurato first opened in 1945, it was strictly a pizzeria, but over the years the space and menu have expanded. However, I suggest you eat like Art Garfunkel who claims this to be his favorite pizza. The toppings may slide off the pie, but they’re well-seasoned, and a good bang for your buck—especially at lunch time when you can get a mini pie for $8.00.

Be sure to check out all the artwork throughout and the old photos at the front. Bring your patience, as the service also seems to be a holdover from the 40s.

Suggested Eats: Eggplant or house pizza. Bonus tip: Head a couple doors down to The Hungarian Pastry Shop for coffee and dessert after your meal, which has been there since 1961. 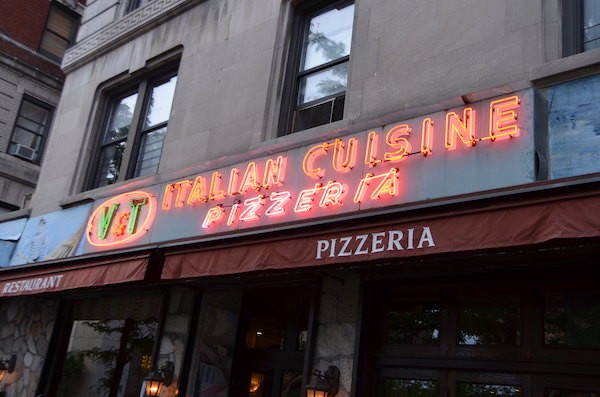 Recommended: Best Chinese Restaurants on the Upper West Side

Growing up, about half of my building was occupied by Cubans who came here en masse beginning in the 60s, when the Cuban revolution began. Something that occurred in Cuba in the decades before, however, left a mark on the culinary scene of NYC in a very unique way. Hundreds of thousands of Chinese men wound up on several Caribbean islands as indentured servants beginning in the late 1800s and, naturally, wound up marrying women who lived there. One of those islands was Cuba, and as many of those escaping Castro found themselves in the relatively affordable Upper West Side neighborhood that was perfect for families, their combined cuisines began to pop up all over the place.

Many of these restaurants were cheap, which made them accessible to a large audience, and that includes La Caridad 78. The restaurant you see today was once about double its current size. And while their most beloved items tend to be their Cuban dishes, most of the cooks are now from China. Sam Lee took over the business from his father who opened up shop in 1968, and looks to continue his legacy for years to come.

Suggested Eats: Be bold and go for the combo platters that have a taste of both the Chinese and the Cuban like the Oxtail with Fried Rice and Salad.

My first time dining at Symposium was a revelation. It was shortly after having moved into the apartment I now live in which is where I’ve been for over 10 years, and I couldn’t believe this little tucked away restaurant had been hiding from me for so long. Every time I’ve been since it’s with the purpose of trying to introduce it to someone else.

Along the rowhouses that are often housing Columbia students beginning mid-August, this is Greek life that is open to all. As you head into the downstairs dining room, you’ll be greeted by the friendly Greek waitstaff who’ll present a confusing and intriguing menu to you.

This is not fancy Greek fare, mind you. The restaurant here has been serving simple no-fuss dishes since 1969, and has a myriad of offerings that are both tasty and comforting. Be sure to save a little room for their homemade desserts (they’re the same family responsible for the Hungarian Pastry Shop)!

Suggested Eats: Saganaki, Mousaka, or their samplers if you can’t decide.

Regardless of the recent shut down by the health department, and regardless of whether or not you decide to continue eating there, Barney Greengrass is indisputably a part of Upper West Side history.

Since 1908, the Greengrasses have proven that you must not look further than your own back yard for a delicious culinary pasture. There simply is no arguing that this is the tastiest bite of history on the Upper West Side that’s left.

While I grew up in a building that was mostly Cuban, my next-door neighbors were also half Jewish. And the Eastern European Jews built several markets on our Upper West Side, which still remain today. But Barney Greengrass has the unique addition of a restaurant that places it prominently on this list.

By the time I got into the catering world most of my colleagues assumed I was Jewish as I knew so much about the culture having gone to more bar and bat mitzvahs than sweet 16s. Which is to say that just about every Upper West Sider I’ve ever known has a special love for a smoked fish platter.

Barney’s tends to be busiest at breakfast time as the favorite dishes include eggs but come weekends it’s hard to get yourself into the door any time of day. I prefer to go in for a late lunch and have the place to myself during the week. And if you don’t trust me, you can trust the word of the late Anthony Bourdain, who was a longtime favorite customer.

Get the newsletter for more UWS food

The Most Popular New Restaurant of 2019, According To Our Readers