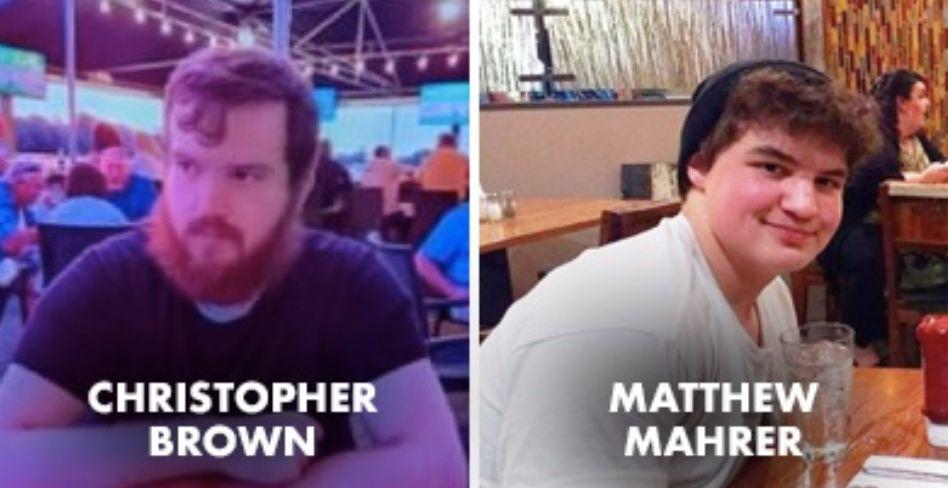 Matthew Mahrer and Christopher Brown, the two men arrested last month for inciting threats against the Jewish community, appeared together in court this morning to face their charges.

Mahrer, a 22-year-old Jewish man from the Upper West Side, and Brown, a 21-year-old from Long Island, were arrested on the evening of November 18 at Penn Station.

Brown had been sharing threatening tweets leading up to the arrest, and he has reportedly been on the NYPD’s radar for some time. Brown allegedly paid Mahrer $650 to obtain a firearm in Pennsylvania.

At the time of the arrests, MTA police recovered a knife, a Swastika armband and a ski mask from Brown’s backpack. They also found the firearm mentioned above (a Glock 17) from Mahrer’s backpack, in addition to an extended magazine and 19 rounds of ammunition.

Brown has been charged with multiple counts of Criminal Possession of a Weapon, two counts of Making a Terroristic Threat (one of which is being considered a Hate Crime), and Conspiracy. He is being held without bail.

Mahrer has been charged with multiple counts of Criminal Possession of a Weapon and one count of Conspiracy. The Conspiracy charge is new, and stems from recent evidence that he’s remained in contact with the man who drove him and Brown to Pennsylvania to buy a gun. That man has since been arrested on gun charges, and Mahrer has reportedly been sending him money.

Both defendants pleaded not guilty to their charges. Brown faces up to 25 years; Mahrer faces up to 15.

According to a spokesperson for Gale Brewer who was in attendance, the Assistant District Attorney asked for Matthew Mahrer to be remanded due to his new Conspiracy charge, but Judge Neil Ross denied the request. The ADA then asked that Mahrer wear an ankle monitor, which the judge denied as well. Finally, he asked that Mahrer’s passport be forfeited. The judge approved this request, but the defense attorney said Mahrer doesn’t have a passport. (Mahrer has retained private counsel.)

In a letter Council Member Gale Brewer sent in response to a concerned email she received from Shelly Fine – an Upper West Sider, Community Board 7 member, and member of Congregation Ohab Zedek on West 95th Street – “Matthew Mahrer had bail set at $150,000 cash or $300,000 bond. That is very high bail for a first arrest. He made bail.”

Following the hearing, Brewer expressed outrage that the judge wouldn’t even require an ankle bracelet for Mahrer.

Bragg told reporters he was in favor of remanding Mahrer as well.