Want to keep your mind active while you’re kicking back a few? Check out the very best Upper West Side trivia nights!

The family-owned and operated Irish bar has trivia nights every Wednesday from 8:30 to 10:30pm, which teams from around NYC come to participate in. You can compete as a team or solo, and winners are awarded gift certificates. Frank Mac’s is a rebranded version of McAleer’s (they launched and opened the new bar during October of 2018). 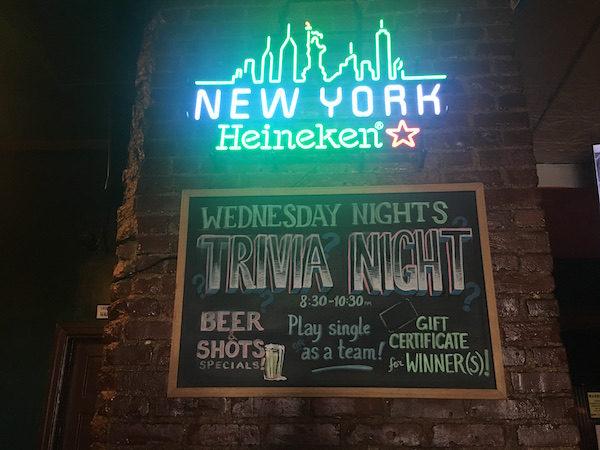 E’s Bar is a neighborhood favorite pub with rotating drink specials and great eats! Join E’s and the NYC Trivia League for weekly Trivia Night each Tuesday at 7pm until 9pm. Stop by E’s to grab a drink and take a chance of winning various prizes. There is no cover charge for participants. E’s is consistently ranked among the best UWS bars!

Gebhard’s Beer Culture advises you to put your drinking AND thinking caps on and come join them for some quality trivia nights every Monday! Known for their extensive beer lists, Gebhard’s offers trivia on Monday nights at 8pm for fun and prizes.

Dive Bar is known on the Upper West side as a good-time’s bar that is filled with locals who come for drinks, sports on TV & a big pub grub menu. Turn’s out, they also come for Trivia Night! On Tuesdays at 7:30pm, bar goers can participate in Trivia Night by answers questions to win a $25 gift certificate! 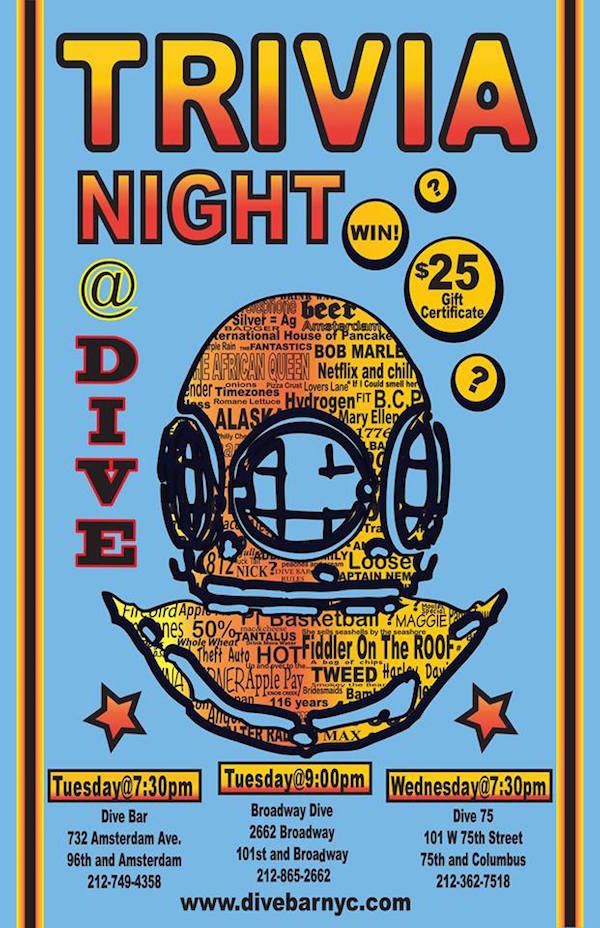 Bar Thalia is located of the bottom level of Symphony Space and offers fun Trivia Tuesdays! In addition to the fun of the game, Bar Thalia offers $6 Beers during trivia. Game begins at 8:30pm!