In a move to revitalize the Upper West Side this fall, an Upper West Sider is seeking artist submissions to fill empty storefronts on Columbus Avenue. 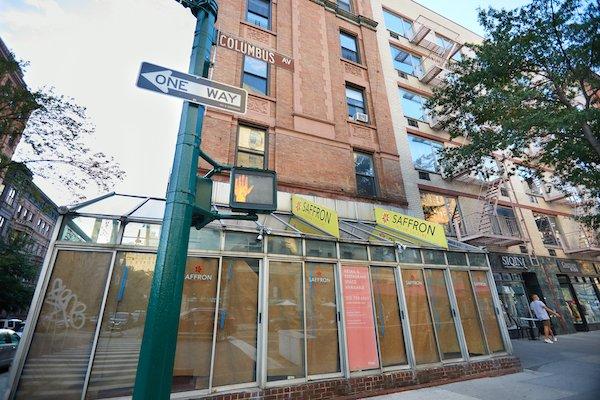 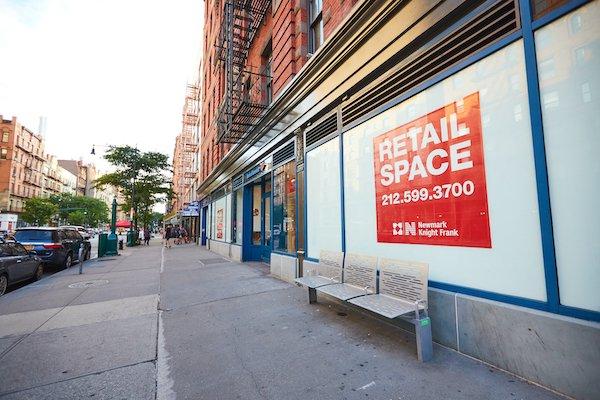 Barbara Anderson of the initiative Art on the Avenue NYC says she hopes to install art in empty storefronts along Columbus Avenue. Photo: Lee Uehara

Barbara Anderson, an Upper West Sider and educator at a private school downtown, is one of three teachers who in June created the initiative, Art on the Ave. The program aims to offer the neighborhood a free, 10-block, physically-distanced gallery walk from West 67th to 77th Streets along Columbus Avenue, utilizing empty storefronts to showcase art from creatives with diverse backgrounds.

“This initiative is happening because everyone in the community wants something positive and uplifting,” Anderson said. So far, while reaching out to corporate sponsorships to raise the $50,000 needed to cover the costs of things such as moving gallery walls, professional art installations and marketing, Anderson and her team say they have received support from the Columbus Avenue Business Improvement District and the New York Foundation for the Arts.

Anderson said she came up with the idea to showcase art in the vacant storefronts while returning from a run in Central Park at the beginning of the summer. As a history teacher, she says she goes to great lengths to teach her students that action is important, no matter how small, to create change and to impact lives.

“Every day, I would see more and more businesses close, and as summer went on, you would know they’re not reopening … I thought, Oh my goodness, we’re going into the fall and more people are going to lose their jobs. At the same time we had the protests going on, and I felt that these were important ideas and issues and as a teacher, things that need to be talked about,” Anderson said, continuing, “How do we go back into the fall? We’ve got to deal with things and have a way to do something useful.”

That’s when Anderson enlisted the help of her coworker, teacher Leigh Majer, and her educator-daughter Jackie Graham. Working for an arts council in British Columbia, Graham had just produced a gallery walk with much success, implementing what worked there. But there was just one problem: Anderson said she didn’t know anything about art. So she did an online search and found a willing curator in Lisa DuBois, owner of Gallery X in Harlem. Anderson says DuBois has been a much-needed leader on the project from the beginning.

“I’m not anybody who knows a lot about art, but I know how uplifting it can be,” Anderson said. “It can have a positive effect on people of this community and raise the dialogue because we want to highlight the artists and stories of people who normally don’t get represented enough in the art world.” Artists whose work appears on the moving gallery walls to be installed in the vacant storefronts will be able to sell their pieces and receive 100% of the fee, Anderson also said.

A call for artists has just been announced, and the deadline for two-dimensional pieces is September 30th at 11:59pm, Graham said. Curator DuBois, a board member from Columbus Avenue BID, and several artists including Graham will act as judges reviewing the submissions.

“For the artists especially, because of this past year – COVID, the Black Lives Matter movement – so many special issues that are coming up to the surface, we felt that the art we wanted to see should be reflective of the moment that we’re in,” Graham said. “So we’re looking for artists from traditionally under-represented groups that have been historically excluded from the art world. So Black, Latino – anyone that has a story to tell that is reflective of this time.”

Artwork will be placed on temporary walls facing the street so viewers can take it in without entering the enclosed space of the vacant shops.

Art on the Ave’s gallery walk is expected to take place from the end of October through January 2021. To submit artwork for review, to donate or for more information: www.artontheavenyc.com.

Lee Uehara is not only a journalist and documentary-style photographer, she is also the host of the podcast, House of Lee NYC. Her work has appeared in The New York Times, the Los Angeles Times and many other news outlets through her work as a former reporter for The Associated Press. You can usually spot her in the neighborhood walking her dog with a camera in hand. Visit HouseOfLeeNYC.com and follow her on Twitter and Instagram.