A doorman who works at an Upper West Side building but lives in Grand Concourse woke up on June 4 to discover that a fire in his Bronx building had reached his apartment, CBS New York reports.

Kwame Kissi told Dave Carlin of CBS2 that he “was sleeping and somebody was outside [his] door and said, ‘Hey, wake up, the building is burning,'” adding that when he went to his living room he saw the fire raging on his terrace, at which point he gathered his wife, son and daughter to vacate.


Kwame and his family lost everything in the fire, and are now looking for a new place to live.

While devastated from the incident, Kissi continued working at the UWS high-rise – The Sessanta at 229 West 60th Street – where residents have stepped up to help him and his family get back on their feet. 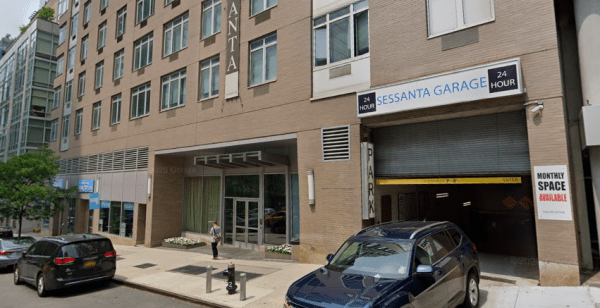 The Sessanta at 229 West 60th Street, via Google Maps

One Sessanta resident launched a GoFundMe campaign which as of writing has raised $3,165 out of a $20,000 goal, through contributions from 49 individual donors.

” … we, the residents at Sessanta where Kwame works as a concierge, want nothing more than to help him — along with his wife who works in home care for the elderly and his 21 yr old daughter and 19yr old son who are currently working their way through school – get back on their feet,” the GoFundMe campaign reads.

The campaign has received contributions from both building residents and others who saw the story published on various media outlets and decided to give back.

Kwame says he’s received other types of support while securing the Lincoln Square building since the early June incident. ““They give me clothes, shoes and everything,” he told CBS.

One building resident said “I consider [Kwame], like, the definition of a valuable member, contributing member of society, and I think that so many of the tenants here feel that way.”

Kwame is a native of Ghana, and for the last seven years, he’s created donation drives to send “big boxes loaded with necessities to schools, orphanages and community centers” to his home country. Many residents of his workplace building have gotten to know him through these generous efforts, which they’ve also participated in. CBS2 writes that some of the boxes unfortunately burned in the fire as well.

Here’s a link to the GoFundMe campaign.

Healthy Bones at Any Age