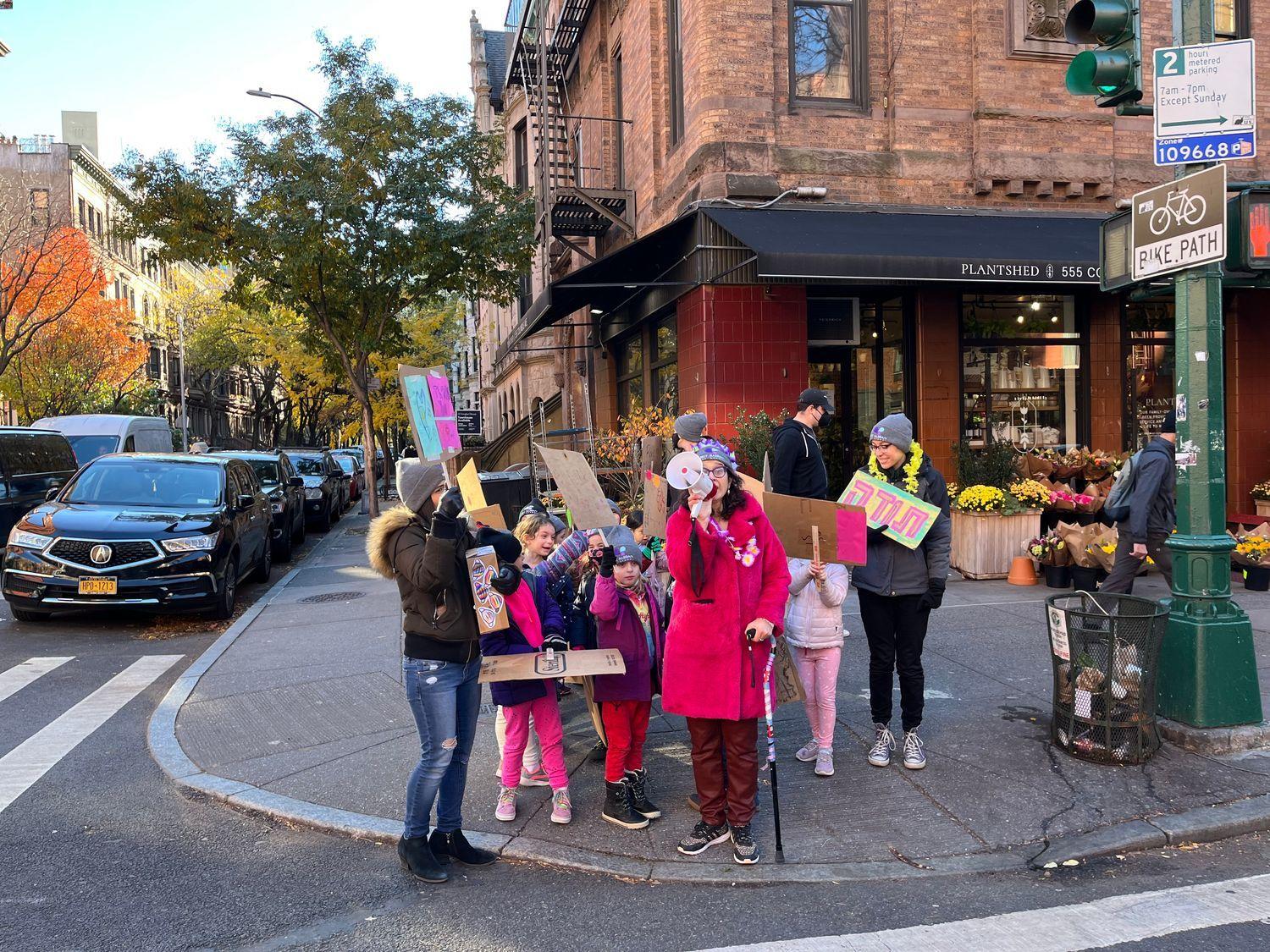 It was an instant classic and nominee for ‘do good’ award of the year on the Upper West Side. The students at Beit Rabban Day School on West 86th Street took it to the streets on Wednesday, November 24 for their “Pre-Thanksgiving Day Parade,” with Upper West Side TikTok stalwart, @phoebebean, catching the action in all its glory.

In the viral video which has now amassed over 700,000 views, students from Beit Rabban can be seen marching together, signs in tow, around the corner on 86th and Columbus Ave, where Three Star Coffee Shop used to operate. The recording has some rather funny narration over it, sounding like an older curmudgeon who isn’t exactly sure what the march is in protest of.

“Woke up this up this morning to preschoolers protesting. I can’t figure out their cause. They’re chanting Ingrid,” says the narrator of the video, which was taken from up above through an apartment window. There was some funny speculation in the video’s comments section, with replies like “I don’t like homework either” and “longer nap time.”

As it turns out, the students weren’t technically protesting at all. They were thanking city workers and key members of the community. Students designed their own signs and placards which read “Thank you” and “Happy Thanksgiving” – some more legible than others – but the vibes were all the same … beautiful. 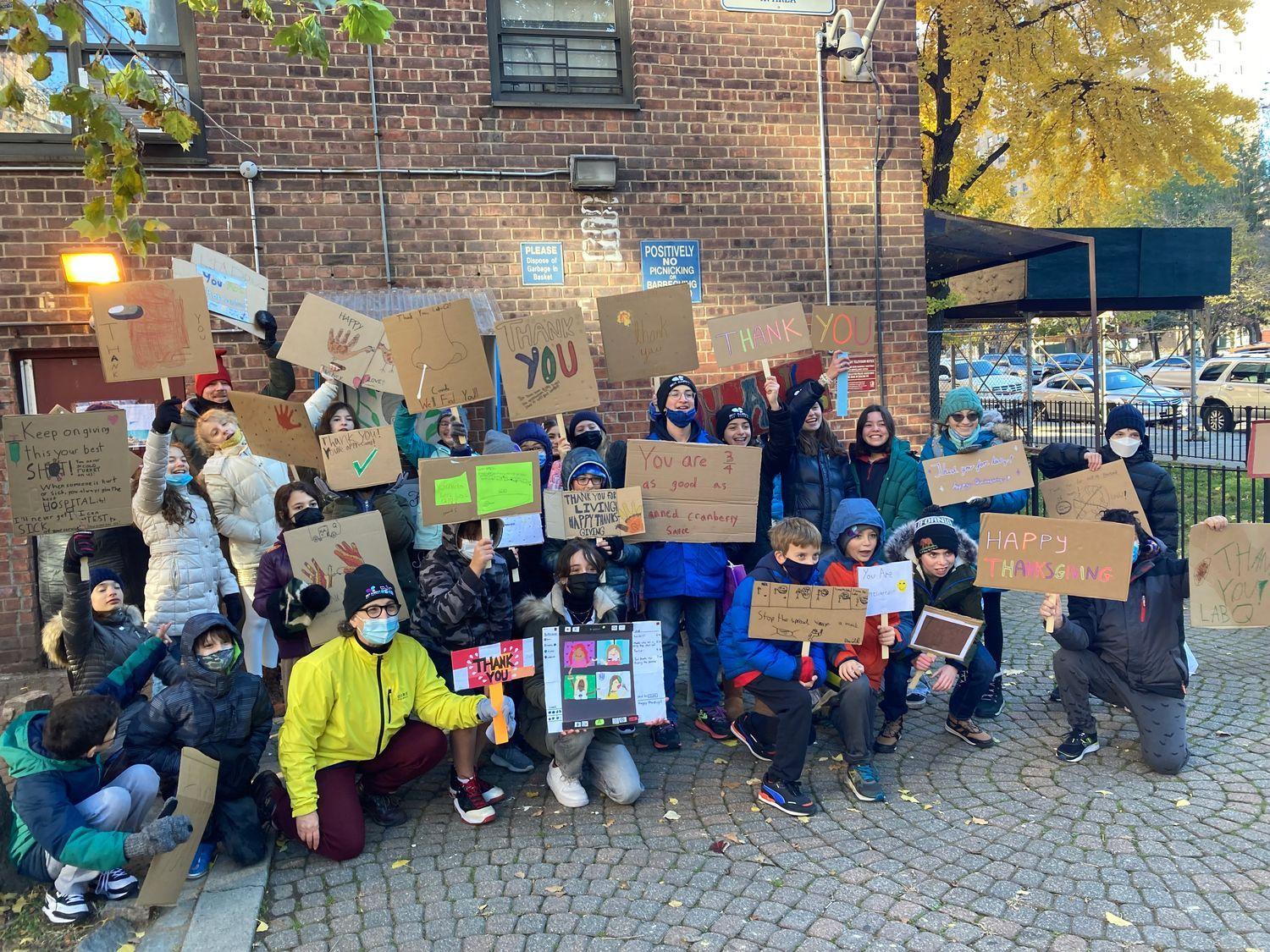 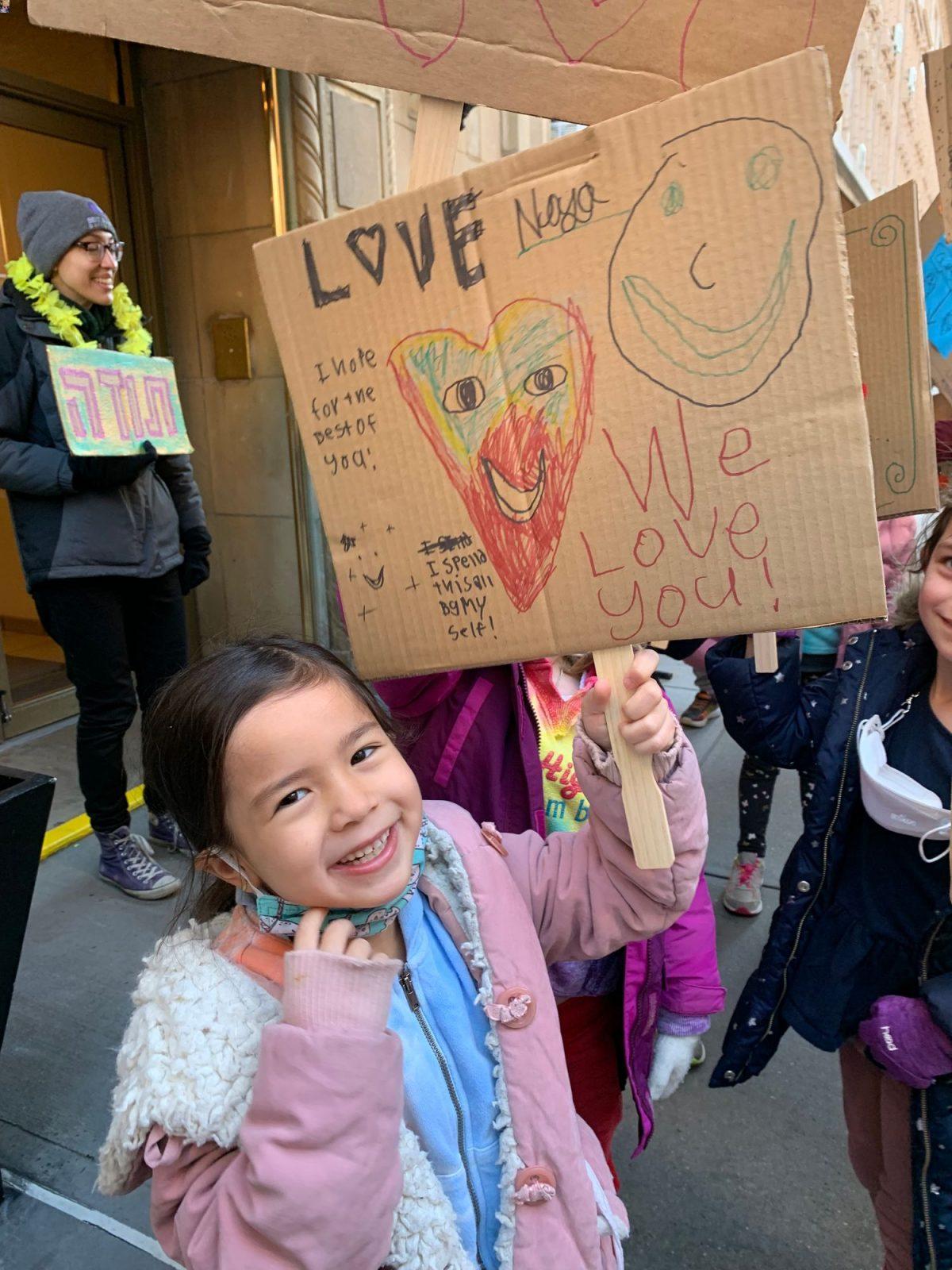 One user commented, “they stopped by my job with a giant cardboard bird house to say thank you for rehabilitating pigeons.” With the Wild Bird Fund just a block and a half away from the video site, we’re guessing this user works there. What a cool gift!

Workers encountered by the students were overwhelmed with gratitude as students chanted “You are appreciated!”

And what about Ingrid? Lo and behold, Ingrid is the school’s principal, Ingrid Goldfein, and anyone who’s ever been to school before knows, getting chanting acclaim like this from your student body is practically unheard of, until now. Clearly, Beit Rabban is doing something right over there.

“It was such a playful and joyous moment,” Goldfein told us, in response to hearing her name chanted on video. “I am filled with gratitude to be a part of this community. Moments before my name was chanted, the middle school students were cheering along our head of school, Stephanie, and our youngest pre-school students as they marched along.” All the classes from pre-school through eighth grade were involved in the day’s demonstrations of goodness on the Upper West Side.

Phoebe, the creator of the video, seemed confident from the start she had something special on her hands. In an interview with the Jewish Telegraphic Agency, she said “I had a feeling it would go viral because it was just too cute.” Phoebe hash tagged the video #youngrevolutionaries and we could not agree more.

We asked the young revolutionaries Head of School, Stephanie Ives, how it felt seeing her students give such loving and passionate thank-yous around the neighborhood. Ives told ILTUWS, “It is incredibly fulfilling to see our children act on our communal values, and inspire so many people in our neighborhood. I just couldn’t have imagined that the inspiration would extend through social media across the world.”

As of writing, Phoebe’s viral video has also amassed 164,800+ likes and almost 1,000 comments – our favorite being, “witnessing a core memory forming.” We’re already looking forward to next year. Thank you. 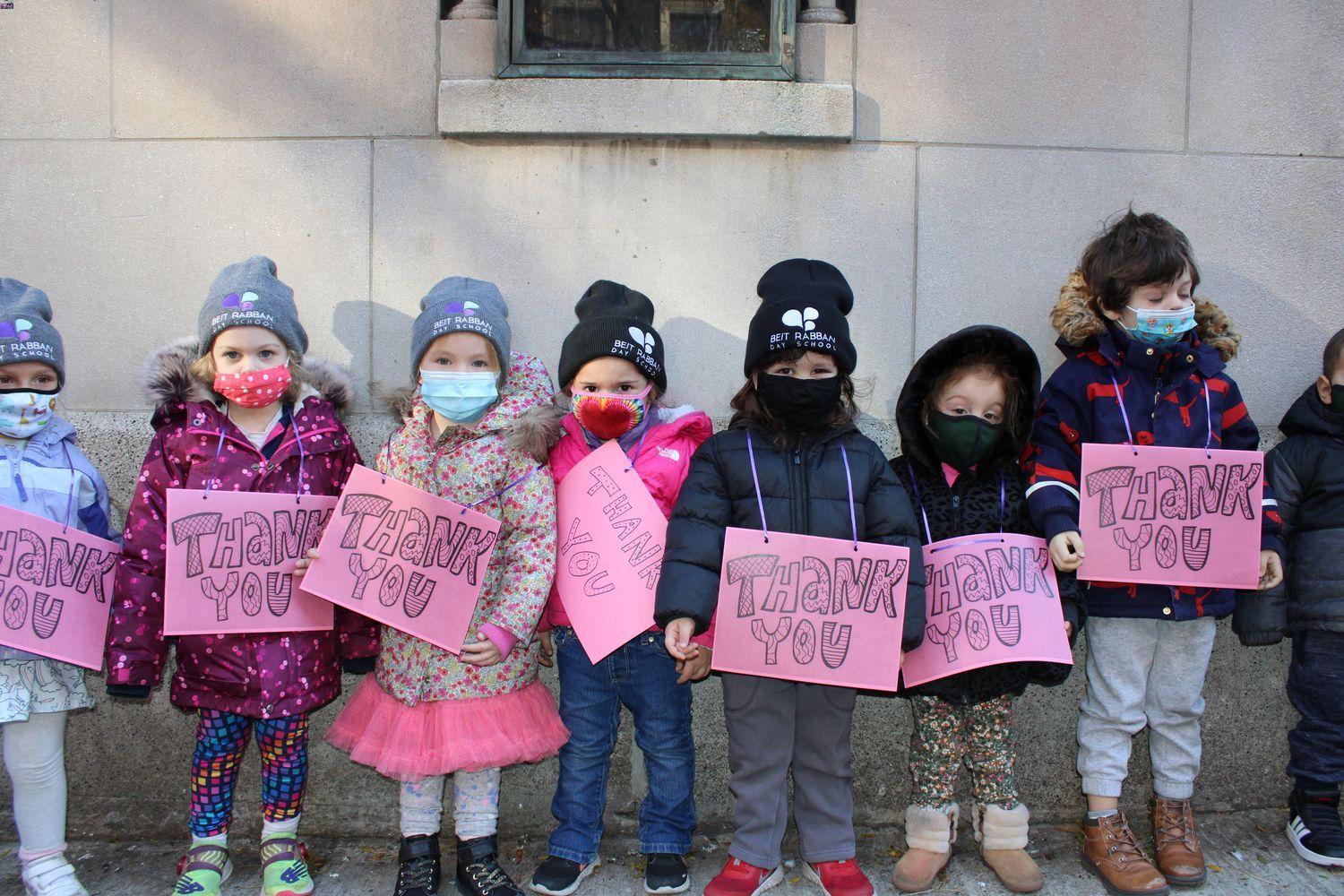 Click here to watch the video if the embed below doesn’t work.

@phoebebeanWhatever their cause is I support it #youngrevolutionaries? original sound – Phoebe