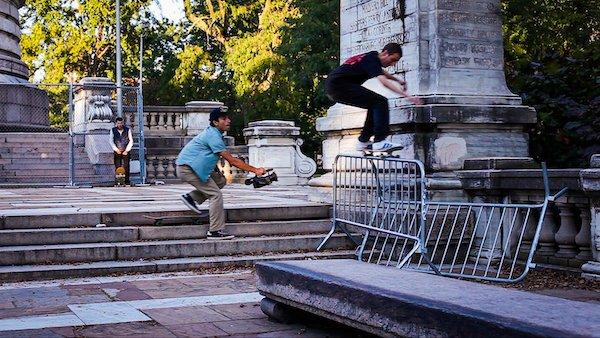 An Upper West Side filmmaker and video editor, Greg Navarro, recently completed a documentary about skateboarding at the Soldiers’ and Sailors’ Monument at 89th and Riverside Drive.

The Upper West Side Curb Club is a 19 minute look at the monument from a skater’s perspective, which Greg tells us took almost two years to film and edit.

The film was recently featured on skating websites Thrasher Magazine and Quarter Snacks, the latter of which described the Soldiers’ and Sailors’ Monument as “a local staple” which is “mainly skated by people who live in that neighborhood, with the occasional visit from a friend.”

Dancing on the Street with Plastic Bags

“The Little Dancer” Musical Returns to the Upper West Side!