Van Leeuwen Columbus has opened! Located at 253 Columbus Avenue (between 71st and 72nd Streets), they opened their doors on Monday, August 5th at 1pm! The artisanal ice cream chain had posted an event on their Facebook page offering patrons $1 scoops between 1-3pm.

People definitely noticed! Lines have extended around the corner for the $1 promotion. 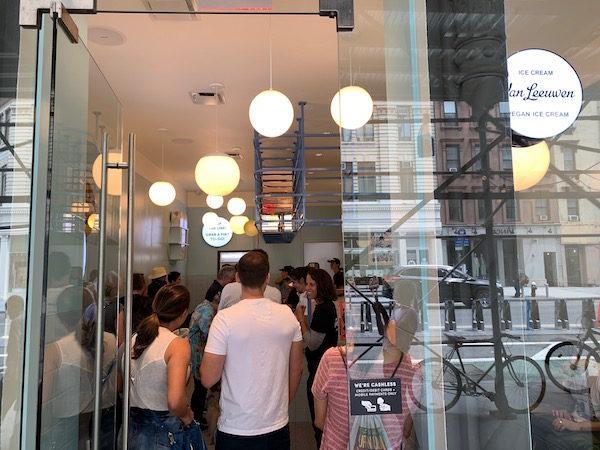 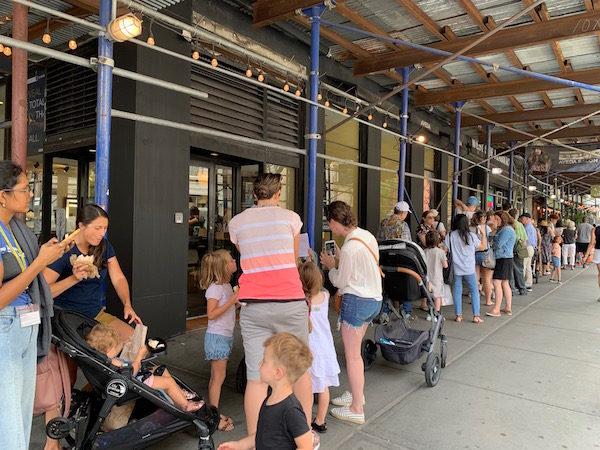 The anticipation has been in the air for a while. We first heard about Van Leeuwen’s Columbus Avenue location back in December of 2018, and the “scooping soon” sign first appeared in their window in early June.

Signs are in the window – so hopefully Van Leeuwen’s upcoming location at 253 Columbus Ave (between 71st and 72nd) will in fact be opening soon! We’ve tagged them in case they want to chime in ??

A post shared by iLovetheUpperWestSide.com (@ilovetheupperwestside) on Jun 3, 2019 at 3:34pm PDT

Van Leeuwen has been in rapid expansion mode for quite some time. In mid-July, they opened their 18th NYC location in Murray Hill, and they’ll soon be opening a location in Rockefeller Center.

The Upper West Side’s original Van Leeuwen opened at 448 Amsterdam (82nd Street) in late May of 2018. This location is oftentimes very crowded, both because it’s a popular place and because it’s a small space. So Van Leeuwen fans who live closer to 72nd Street have much to celebrate!